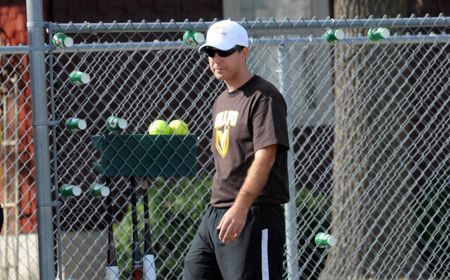 Valparaiso softball head coach Jordan Stevens announced today that high school seniors Brittany Duncan and Tarah McShane have both signed National Letters of Intent and will join the Crusader softball program in the fall of 2011.

Duncan, a power-hitting infielder out of Fairborn [Ohio] H.S., earned All-State accolades as a sophomore and was an Honorable Mention All-State selection last year.  The three-time All-Conference, All-Division and All-Metro Ohio honoree hit .623 last year for the Skyhawks while also posting an on-base percentage of .700 and a slugging percentage of .818.  Duncan drove in 33 runs and scored 31 runs a season ago while walking 15 times and striking out just twice in 77 at-bats.

McShane, a catcher out of St. Edward Central Catholic [Ill.] H.S., was an All-Area and All-Conference honoree last season for the Green Wave.  As a junior, McShane posted a .457 batting average while getting on base at a .584 clip and slugging .705.  McShane, who previously played at Driscoll [Ill.] H.S. before transferring to St. Edward prior to her junior year, finished last season with 27 runs batted in, 15 extra-base hits and 20 walks.

“We are very pleased with and excited about our two newest additions to the Valpo softball family,” said Stevens.  “Brittany is one of the best prep hitters in the state of Ohio and she will bring a new dynamic to our program with what we feel she can do for us at the plate.  We were very fortunate to get such a quality left-handed stick.  Tarah is going to add some needed depth to the catcher position.  Her aggressive and fiery nature behind the plate and at bat will provide a spark for our team.  We see great potential in both of these student-athletes and can't wait to see them in the Brown and Gold.”