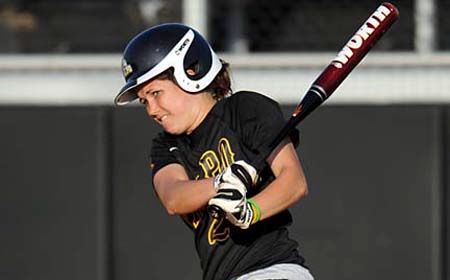 Valparaiso matched a program single-game record with eight stolen bases in a 9-1 run-rule victory over Florida A&M, and added five more steals in a 4-0 shutout of Temple as the Crusaders won twice Wednesday at the Rebel Spring Games in Kissimmee, Fla.

“The difference today is that we executed when we needed to execute to score runs and get two wins,” said Crusader head coach Jordan Stevens.  “We finally got hits with runners in scoring position, and once we got on the board, everything kept rolling.  We needed players to step up and get hits with runners on base, and today we did that.”

Florida A&M scored an unearned run without the benefit of a hit to start off the game in the top of the first, but the Crusaders answered immediately in their first plate appearance.  With two outs, junior Sara Strickland (Scottsdale, Ariz./Horizon) singled into left field and then stole second.  Senior KC Boldt (Red Wing, Minn./Red Wing) followed with an infield single that moved Strickland to third, and then the duo executed the double steal to perfection as Strickland tied the game.

Valpo then exploded in the bottom of the third to break the game wide open.  Freshman Amanda Wisniewski (Lake in the Hills, Ill./Huntley) and sophomore Hayley Bridwell (Lemont, Ill./Lemont) led off the frame with back-to-back infield singles.  The duo then pulled off a double steal to put two runners in scoring position for freshman Angie Doerffler (Fort Wayne, Ind./Concordia Lutheran), who delivered a double to right center to plate both runners.  Strickland then singled to right field to put runners on the corners for Boldt, who rapped a double into left to score both Doerffler and Strickland and give the Crusaders a 5-1 lead.

Junior Jordan Rutkowski (Alden, N.Y./Alden) reached on a fielder’s choice that erased Boldt for the inning’s first out, but Rutkowski wasted no time moving into scoring position, stealing second and then advancing to third on a passed ball during Sadie Conner’s (Washington, Ill./Washington) at-bat.  Conner eventually worked a walk and then stole second to put runners on second and third for junior Kelsey Phalen (Batavia, Ill./Batavia).  Phalen came through, knocking a single into left to score both runs and give the Crusaders a 7-1 edge.

The score was the same into the bottom of the fifth, but the Crusaders would send the game to an early end with two more runs.  Phalen led off the frame with a single and eventually scored on a two-out triple by Doerffler.  Strickland stepped in and delivered an RBI single into center field, scoring the freshman and capping the run-rule victory.

Junior Shaleigh Jansen (Ottawa, Ill./Ottawa Township) pitched a gem in the circle for Valpo, surrendering just an infield single in the third inning and giving up just one unearned run to improve to 2-2 on the season.  Whitney Robinson took the complete-game loss for Florida A&M.  Strickland led the Crusader offense, which totaled 13 hits on the game, with a 3-for-4, 2 R, 2 SB effort, while Doerffler added two hits and three RBIs and Boldt and Phalen chipped in two hits and two RBIs apiece.  Of Valpo’s starting nine, seven successfully registered stolen bases, while not one Crusader runner was caught stealing.

“Our team understands that everyone is going to have an opportunity to help the team win games,” said Stevens.  “Right now, with the position we're in, this has been Shaleigh’s opportunity to come in and help us out.  She threw a good game yesterday and was fantastic today, shutting down a really speedy Florida A&M team.  Shaleigh really neutralized their left-handed slappers, limiting opportunities for their power hitters with runners on base.”

It took the Crusaders a few innings to get the bats going against the Owls, but once they did, Valpo put runs on the board in three straight innings.  The Crusaders opened the scoring against Temple in the fourth, as Strickland led off with a single and stole second.  Boldt drew a walk and then combined on a double steal with Strickland to put runners on second and third.  Two batters later, Conner hit a fly ball deep enough to center for a sacrifice fly, which plated Strickland with the game’s opening tally.

Valpo then put five of its first six batters on base in the fifth to score a pair of insurance runs.  Wisniewski led off with a walk, followed by a Bridwell bunt single and a Doerffler single to load the bases for Strickland.  The junior took one for the team, getting hit by a pitch to move the runners up 60 feet apiece and score Wisniewski.  Two hitters later, Rutkowski drew a walk to score Bridwell and give Valpo a 3-0 advantage.  The Crusaders’ final run came in the sixth, as Bridwell singled with two outs, stole second and scored on a Doerffler single.  Valpo’s 1-2-3 hitters of Bridwell, Doerffler and Strickland combined to go 6-of-11 with three runs scored and four stolen bases in the win.

“We're in a good spot with where we are in terms of our lineup makeup right now,” said Stevens.  “The whole idea was to put players who are swinging the bat well in positions to drive other players in, and it’s paid off for us the last three games.  Those players who got moved around have really started to produce in their new spots in the lineup.”

One run would have been more than enough for Crusader starter Sam McGee (Bloomington, Minn./Jefferson) on Wednesday though, as she twirled  a three-hit gem for her first shutout of the year.  The junior did not walk a batter and allowed just one runner past first base while striking out six and improving to 5-3 on the season.  Kristen Marris took the loss for Temple, allowing seven hits and five walks in a complete-game effort.

“Sam's pretty confident in her stuff right now, and she should be, because she's throwing very well,” said Stevens.  “If she keeps that confidence about her, she's going to be able to produce some good results for us, now that she's throwing so well.”

Valparaiso (10-10) gets Thursday off before concluding its spring break trip on Friday with its last two games of the Rebel Spring Games.  The Crusaders face Wagner at noon CST before concluding play against Penn at 2 p.m.