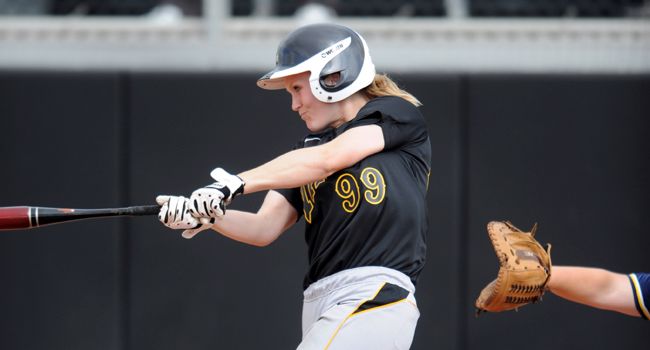 Valparaiso never trailed on Sunday in a 4-2 victory over Belmont in Chattanooga, Tenn., closing out the Frost Classic with three consecutive wins to end the tournament with a 4-1 record.

“I was happy with how we battled throughout today’s game,” said Crusader head coach Jordan Stevens.  “We had some nice clutch two-out hitting that got us out to the lead and we were able to hang on.”

The Crusaders got on the board first on Sunday with a single run in the top of the third, as with one out, sophomore Amanda Wisniewski (Lake in the Hills, Ill./Huntley) stepped to the plate and deposited a 2-2 pitch over the left field wall for a solo homer.  Valpo added two more in the fourth, as senior Jordan Rutkowski (Alden, N.Y./Alden) doubled with one out and scored two batters later on an RBI single by senior Kelsey Phalen (Batavia, Ill./Batavia), who then was plated via an RBI single from junior Tori Brown (Harrison, Ohio/Harrison) to make it 3-0 Valpo.

Belmont scored single runs in the fourth and fifth innings to close the gap to one run, getting a solo homer from Heather Turner in the fourth and a sacrifice fly by Kat Holingsworth in the fifth to cut the deficit to 3-2.  The Crusaders added another run to their lead in the sixth, however.  With one out, redshirt junior Joylyn Ichiyama-Drewry (Torrance, Calif./Redondo Union) picked up a single.  Pinch-runner Hayley Bridwell (Lemont, Ill./Lemont) promptly stole both second and third base to set herself up to score on Phalen’s second RBI base knock of the game.

Belmont led off its half of the sixth with back-to-back singles, necessitating a move in the pitcher’s circle as senior Shaleigh Jansen (Ottawa, Ill./Ottawa Township) entered in relief.  Jansen pitched the Crusaders out of trouble, retiring all three batters she faced in the sixth in order and then setting the side down 1-2-3 in the seventh to secure the win.

Phalen led the Crusaders’ eight-hit effort with a 2-for-3, two-RBI day as seven Crusaders in all picked up base hits on Sunday.  Senior Sam McGee (Bloomington, Minn./Jefferson) improved to 3-1 with the win, going 5+ innings and allowing just two runs while striking out five, while Jansen registered her first save of the season with the two perfect innings.  Mia Vierra suffered the complete-game loss for Belmont (1-11).

Valparaiso (7-2) returns to the diamond this coming Friday, March 2 for the first of four games at the UTEP Invitational in El Paso, Texas, as the Crusaders will take on Iowa State.