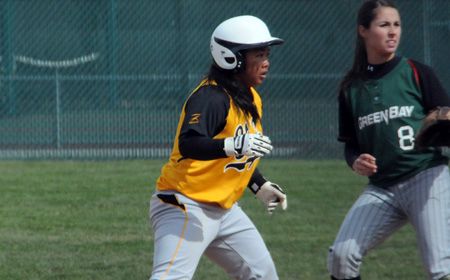 Valparaiso led by a run with just one out needed to close out what would have been its seventh straight win, but the Crusaders surrendered a grand slam and then couldn’t push across the tying and go-ahead runs in the bottom of the seventh as they dropped a 7-6 decision at UTEP Sunday in the finale of the UTEP Invitational in El Paso, Texas.

The Crusaders got the scoring started on Sunday in the bottom of the second inning, as they were playing as the designated home team.  Senior Jordan Rutkowski (Alden, N.Y./Alden) led off the frame with a walk and stole second, but the stolen base proved unnecessary when redshirt junior Joylyn Ichiyama-Drewry (Torrance, Calif./Redondo Union) launched a two-run homer down the left field line, her third round-tripper of the season.

UTEP gained the lead in the top of the fourth thanks to a pair of solo home runs and an RBI double, going ahead 3-2, but the Crusaders would plate single runs in the fifth and sixth innings to regain the advantage.  The tying run came courtesy of a leadoff home run by sophomore Amanda Wisniewski (Lake in the Hills, Ill./Huntley) in the fifth.  Then in the sixth inning, Rutkowski led off with a single, moved over to third on a single by Ichiyama-Drewry and then scored thanks to a sacrifice fly by senior Kelsey Phalen (Batavia, Ill./Batavia), giving the Crusaders a 4-3 lead entering the seventh.

Valpo registered the first two outs of the top of the seventh, but a triple, followed by back-to-back walks, loaded the bases with two away.  Courtney Ware then delivered the crushing blow with a grand slam down the left field line to put the Miners ahead, 7-4.  The Crusaders attempted a rally in the bottom half of the inning, as senior Sara Strickland (Scottsdale, Ariz./Horizon) drew a two-out walk and freshman Brittany Duncan (Fairborn, Ohio/Fairborn) hit her second home run of the season to draw Valpo within 7-6.  A single by Rutkowski and a walk to Ichiyama-Drewry kept Valpo’s hopes alive, but a strikeout ended the game in UTEP’s favor.

Rutkowski went 2-for-3 with two runs scored, while Ichiyama-Drewry went 2-for-2 with two RBIs and two walks on Sunday.  Senior Shaleigh Jansen (Ottawa, Ill./Ottawa Township) took the loss for Valpo, falling to 2-1 after surrendering four runs in 3.2 innings of relief work.  Colleen Hohman earned the win for UTEP (8-12) with a complete-game effort.

Valparaiso (10-3) continues its spring break trip with a single game at New Mexico State on Tuesday evening at 7 p.m. CST.  Live stats will be available through www.valpoathletics.com.