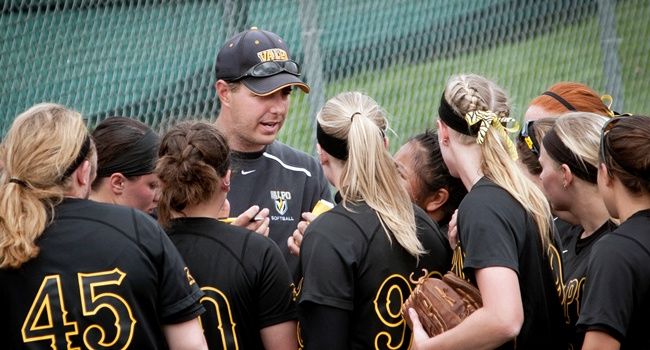 Michalak comes to Valpo after a standout two-year stint at Owens [Ohio] C.C., helping the Express to the NJCAA D-II national title game in 2011.  Michalak, who will have two seasons of eligibility remaining, went 17-4 with a 1.56 ERA and 202 strikeouts in 147.2 innings in 2012.  She was named OCCAC Pitcher of the Year, earning a First Team All-Conference spot, and was also a First Team All-Region XII honoree.  As a freshman, Michalak went 11-1 and struck out 77 batters in 59 innings.

“We were very happy to add a pitcher with Ashlyn's talent to our pitching staff,” said Stevens.  “Not only will her skill be an asset to us, but she provides us with much-needed experience in the circle.  She has a solid softball pedigree and comes from great programs.”

Wallace joins the Crusader program after spending two seasons at Lake Land [Ill.] H.S., helping the Lady Lakers to berths at the NJCAA D-I national tournament in both 2011 and 2012.  Wallace, who will have two years of eligibility remaining, was part of a Lake Land squad which combined to go 95-19 over her two seasons and won two NJCAA District 24 titles.  The Newton Community H.S. product was named to the Region 24 All-Tournament Team as a sophomore and was the Defensive Player of the Tournament at the national championships as a freshman.  Wallace hit .405 with 41 runs scored and 36 RBIs in 2012 after posting a .366 average with 46 runs and 34 RBIs in 2011.

“Kimberlin is hands down one of the best defensive outfielders around,” said Stevens.  “Her style of play in the field and at the plate, as well as her approach to how the game is played, is an exact fit for how we do things.  She has been well-trained and schooled in the game, which will help very much in her transition to Valpo.”

Pico comes to Valpo after earning First Team Class 4A All-State honors for a senior season in which she posted a 1.74 ERA and struck out 159 hitters in 125 innings of work.  Also named the Northwest League Pitcher of the Year, Pico stood out at the plate as well in 2012, hitting .406 with 37 runs scored and 21 RBIs.  Pico’s senior season closed out an impressive four-year prep career that saw her strike out 699 batters in 584 innings.  She earned First Team All-Conference honors in each of her final three years and was also a Second Team All-State honoree as a junior.

“Sierra is a highly touted All-State pitcher from Nevada that just makes our staff that much better,” said Stevens.  “She can pitch, hit and play infield, which will be an added benefit as we can use that athleticism to our teams’ full advantage.”

The trio joins the previously announced six players who signed with the Crusaders back in the fall: Janelle Bouchard, Mackenzie Buchelt, Sydney Dow, Kendra Marshall, Kaitlyn Ranieri and Taylor Weissenhofer.  The nine newcomers are joining a Valpo softball program which is coming off the winningest season in program history and its first-ever trip to the NCAA Tournament.