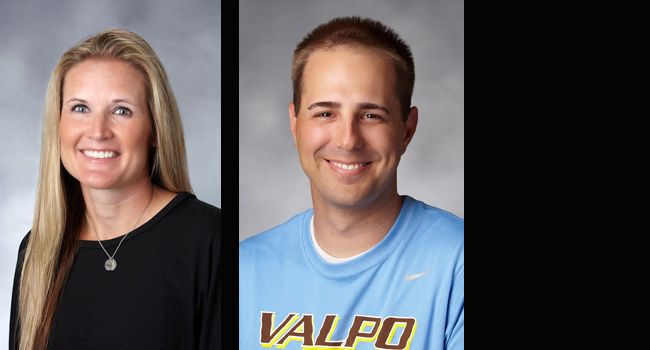 “We are excited that we have come to agreements with both Jordan and Carin on extensions to keep them at Valparaiso,” said LaBarbera.  “It is our goal as an athletic department to identify coaches of excellence and then partner with them over the long term.  Jordan and Carin are both coaches who have experienced success in competition while developing and maintaining programs in accordance with our core values, and we look forward to them leading their programs to continued success in the years to come."

Stevens led the Crusader softball team to an unprecedented season in 2012, guiding Valpo to the Horizon League regular season and tournament titles, the first league titles in program history.  The Crusaders also made their first-ever NCAA Tournament appearance in 2012.  Entering his third year as head coach at Valparaiso, Stevens has already won 76 games through his first two seasons, including a record-breaking 42 last year.  He has coached 13 All-League honorees through two seasons, including the 2012 Horizon League Newcomer of the Year.

Avery has guided the Valparaiso volleyball program over the last decade as one of the nation’s most consistent programs, as the Crusaders are one of just 12 teams nationwide to have won at least 20 matches each of the last 10 years.  Over her 10 years as head coach, Avery has won 241 matches and has led Valpo to three league regular season and tournament titles, as well as three NCAA Tournament appearances.  A two-time league Coach of the Year, Avery has coached 42 All-League recipients over her tenure as Crusader head coach.