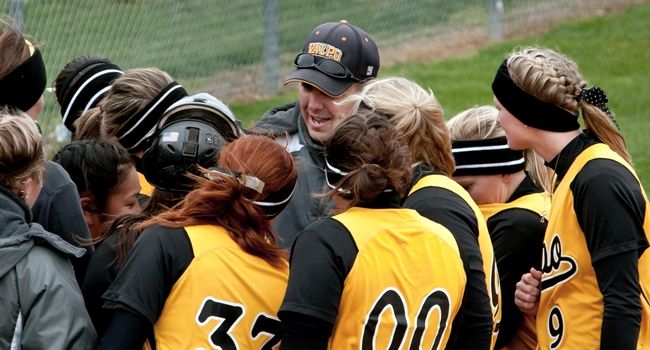 Valparaiso softball head coach Jordan Stevens announced today the Crusaders' 2013 schedule, a schedule which includes 16 home games at the Valparaiso University Softball Field. The Crusaders are coming off a 2012 campaign in which they won a program-record 42 games, claimed the Horizon League regular season and tournament championships and advanced to the NCAA Tournament for the first time in program history.

The Crusaders' 2013 campaign starts in Nashville, Tenn. at a tournament hosted by Belmont University. Valpo will take on Jackson State, Central Arkansas and Western Illinois in Nashville, along with the host Bruins, on Feb. 9-10.

After a weekend off, Valpo's spring break trip commences. The road trip kicks off at the Holiday Inn Hilltopper Classic Feb. 22-24, hosted by Western Kentucky in Bowling Green, Ky. Valpo will take on Western Michigan, Pitt, South Dakota State and Dayton in addition to WKU. The Crusaders then trek to Charleston, S.C. for a tournament hosted by Charleston Southern and also featuring UNC Wilmington and perennial top-10 squad Tennessee Mar. 1-3.

The spring break excursion then moves to the Sunshine State, as the Crusaders will play at three different sites within the state of Florida. The first stop is at the Stetson Classic in DeLand Mar. 8-10, featuring games against Stetson, Fairleigh Dickinson and Colgate. Valpo then plays a pair of games at Florida Gulf Coast on Mar. 13, taking on Maine in addition to FGCU. The trip concludes at the USF Spring Invitational in Clearwater Mar. 15-17, with contets versus Temple, Iowa State, Maryland and Cornell.

Upon returning home to Indiana, the Crusaders kick off the 2013 home slate almost immediately, hosting Western Illinois for a doubleheader on Wednesday, Mar. 20. The non-league schedule also includes a home twinbill against Bowling Green (Apr. 9) and road trips to IUPUI (Mar. 26) and Western Michigan (Apr. 30) for doubleheaders, as well as to Eastern Michigan (Apr. 3), Notre Dame (Apr. 18) and Purdue (Apr. 24) for single games.

The Horizon League schedule begins at home for Valpo Mar. 23-24, as the Crusaders welcome Wright State to the Valparaiso University Softball Field for a three-game set. Valpo will also play home series against Green Bay (Mar. 29-30), UIC (Apr. 13-14) and Youngstown State (May 4-5), while traveling to Loyola (Apr. 6-7), Detroit (Apr. 20-21) and Cleveland State (Apr. 27-28) within league play. The 2013 Horizon League Championship is set for May 8-11 and will be hosted by the regular season champion, with the tournament champion earning an automatic bid into the NCAA Tournament.