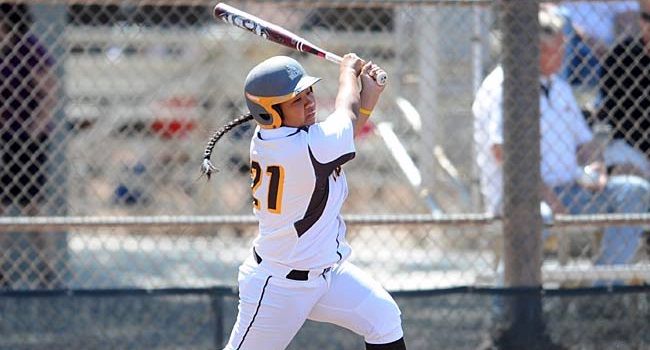 The Valparaiso softball team split a pair of games against BCS foes in Clearwater, Fla. at the USF Spring Invitational on Saturday. The Crusaders opened the day with a 4-2 win against Iowa State for their second straight victory, but fell in their nightcap to Maryland, 4-0.

“We played well today despite the split,” said Crusader head coach Jordan Stevens. “We got to play two good teams and fought hard all day. We need to come out and finish the trip strong tomorrow.”

The Crusaders would never trail in the opener against the Cyclones, escaping a first-and-third, two-out jam in the top of the first and then receiving a two-out solo homer from fifth-year senior Joylyn Ichiyama (Torrance, Calif./Redondo Union) in the bottom half of the inning to go up 1-0. Valpo added another run to its ledger in the bottom of the second, as with runners on the corners and one out, the Crusaders attempted a double steal on what would be a strikeout. Both runners stole successfully, including junior Amanda Wisniewski (Skokie, Ill./Huntley) crossing home with Valpo's second run of the game.

Iowa State received a solo homer from Sara Davison to lead off its half of the fourth, but the Crusaders answered with a pair of runs in their half of the frame. A walk and an error set up a two-on, two-out situation for Ichiyama, who picked up her second and third RBIs of the game with a double to left, plating junior Angie Doerffler (Fort Wayne, Ind./Concordia Lutheran) and freshman Kaitlyn Ranieri (Schererville, Ind./Lake Central) to make it 4-1 Valpo. The Cyclones cut the deficit to two runs with an RBI double in the fifth, but could never advance another runner past second base.

Freshman Taylor Weissenhofer (Homer Glen, Ill./Lockport Township) earned the win in relief, throwing the final four innings and allowing just one run while striking out five, improving to 6-4 on the year. Taylor Smith took the loss for Iowa State (11-12), falling to 5-4 after giving up all four Crusader runs in five innings of work. Ichiyama tallied three hits and drove in three runs to lead the Valpo offensive effort.

The offense wouldn't be as successful for the Crusaders in the nightcap, as Valpo did not advance a runner past second base until the seventh inning. Maryland (11-15) scored two runs in the fourth inning on a pair of sacrifice flies, and added single tallies on two-out base hits in the sixth and seventh innings. Valpo loaded the bases on singles from Ranieri and freshman Janelle Bouchard (Kennebunk, Maine/Kennebunk) and a walk to senior Tori Brown (Harrison, Ohio/Harrison) in the bottom of the seventh, but a strikeout ended the game with the tying run at the plate.

Maddie Martin earned the complete-game win for the Terps to improve to 4-6, while Weissenhofer fell to 6-5 after going 6.1 innings for the Crusaders in the circle. Bouchard picked up three of Valpo's five hits in the nightcap.

Valparaiso (12-10) closes out its spring break trip with a single game against Cornell Sunday morning at 10:45 a.m. CT.