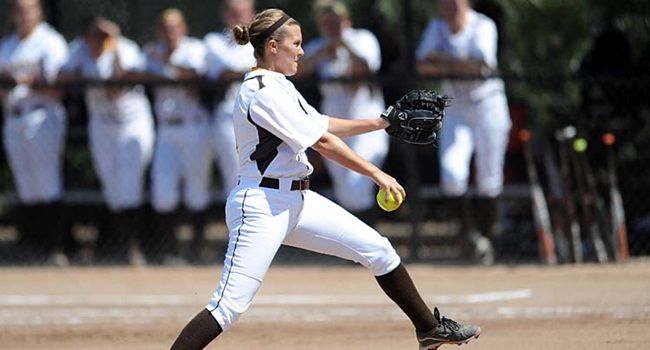 Next Up in Crusader Softball: The Valparaiso softball team concludes the regular season this weekend as the Crusaders host Youngstown State in the final Horizon League series of the year. Valpo, which currently sits fourth in the league standings, has secured a tournament berth and can earn anywhere from the third through sixth seed. Sunday’s game will also serve as Senior Day, with the Crusaders honoring their four graduating seniors prior to the game.

Previously: Valpo split a pair of league games last weekend at Cleveland State, winning 3-2 and losing 4-1, before the series finale was rained out. Then, in mid-week action, the Crusaders traveled to Western Michigan on Tuesday, sweeping the Broncos 4-3 and 1-0, and then split a twinbill at IUPUI on Wednesday, winning 5-4 in extra innings before falling 3-1.

Following the Crusaders: Live stats for each of this weekend’s games will be available through ValpoAthletics.com.

Head Coach Jordan Stevens: Jordan Stevens is in his third season at the helm of the Valparaiso University softball program in 2013, having won 103 games as the Crusader head coach. Stevens guided the Crusaders to 42 victories in his second season in charge in 2012, surpassing by seven wins the program's previous single-season wins record. Along the way, Valpo claimed the Horizon League regular season and tournament championships, advancing to the NCAA Tournament for the first time in program history.

Series Notes: Valparaiso has dominated the all-time series against Youngstown State, holding a 23-5 advantage over the Penguins. That mark includes a 15-1 edge since joining the Horizon League, as the Crusaders have won 14 straight games in the series. Last season, Valpo swept four games from YSU, earning a series sweep by scores of 4-3, 13-12 and 7-0 in the regular season before knocking the Penguins out of the HL Championship with a 10-0 win. Joylyn Ichiyama is 13-for-31 (.419) all-time against YSU with 12 RBIs and was one of six Crusaders (four current) who hit a home run versus the Penguins last season.

Scouting the Opposition: The Penguins enter this weekend at 15-23 overall and own an 8-10 record in Horizon League action. YSU boasts four regulars hitting at better than a .300 clip, led by Samantha Snodgrass batting .374 on the year. Vicky Rumph paces the Penguins with six homers and 32 RBIs. The pitching staff is led by Valparaiso native Casey Crozier, who is 12-7 with a 2.52 ERA and 102 strikeouts in 130.2 innings of work.

The League Race: Valparaiso’s rainout on Sunday at Cleveland State guaranteed the Crusaders a spot in the 2013 Horizon League Championship, but Valpo can still finish in anywhere from third through sixth place. One win will guarantee the Crusaders a top-five finish. The tournament will be held in Chicago, but the host school is still up in the air, as Loyola and UIC enter the final weekend tied for first place.

Seniors’ Final Homestand: A quartet of graduating seniors will be honored prior to Sunday’s season finale against Youngstown State. Amanda Bolton, Hayley Bridwell, Tori Brown and Jennifer Hermanson have helped take the Crusader program to new heights over their four years, including the 2012 Horizon League regular season and tournament titles. The quartet have been a part of 138 wins over their four-year careers, making them the winningest class in Crusader softball history.

30 Wins Within Sight: Entering this weekend, the Crusaders sit just three wins shy of the 30-win mark for the season, a mark which has become a regular milestone for the program. Prior to the 2008 season, Valpo had never won more than 27 games in a single season, but over the past five years, the Crusaders have won at least 30 games four times, including in each of head coach Jordan Stevens’ first two years at the helm.

Taking Advantage of Her Chance: Junior Amanda Korb had started just three career games prior to earning her first career hit in a pinch-hit role at Detroit April 20. Since that point, she has been perhaps the hottest hitter in the Crusader lineup, going 12-of-27 (.444) with five runs scored and six RBIs. Included in that stretch is a pair of triples and her first career home run, a grand slam. Over Valpo’s four non-league games this week, Korb is 5-of-11 with two runs scored and her first stolen base of the year.

Walk the Line: Junior Amanda Wisniewski has been known for her eye at the plate over her Crusader career, but has taken it to another level this season. Wisniewski drew her 30th walk of the year in the nightcap at Cleveland State April 27, matching Valpo’s single-season record in the category, and surpassed the mark with a base on balls in game two of the twinbill at Western Michigan. Wisniewski leads the Horizon League with 33 walks on the season and now owns 76 career walks, already third on Valpo’s career chart.

Weissenhofer Sets a New Mark: Freshman Taylor Weissenhofer set a new Crusader single-season record in her rookie year earlier this week for strikeouts. Weissenhofer’s sixth strikeout of the nightcap at Western Michigan, which came in the third inning, was her 177th of the season, breaking Andrea Zappia’s previous mark of 176 (2008). Weissenhofer, who leads the Horizon League in both strikeouts (184) and opponent batting average (.195) and who ranks among the top-20 in the nation in both strikeouts/7 innings and saves, has been especially strong recently, going 5-1 with a save and a 1.00 ERA in seven appearances over Valpo’s last 10 games, striking out 45 batters while walking just six.