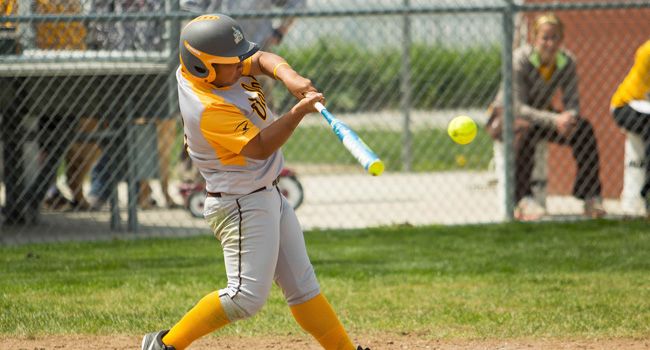 Ichiyama repeated as a First Team All-League honoree after locking down the hot corner for the Crusaders in her final season. The fifth-year senior hit .311 in the regular season for Valpo, tallying 31 runs scored and 35 RBIs, both of which rank fifth in the league. Ichiyama tallied 16 extra-base hits - 10 doubles and six home runs - and also was strong defensively, registering 102 assists, fourth-most among league players.

Duncan earned Second Team honors despite missing 14 of Valpo's last 15 games. In her 39 games, the sophomore hit a team-high .352 with 20 runs scored and 20 RBIs. Duncan also drew 24 walks and posted an on-base percentage of .481, second-best in the league. She ranked sixth in the league in walks and was also among the top-ten in batting average and slugging percentage. This is Duncan's second career postseason league honor, as she was a First Team selection in 2012.

Ranieri secured a spot on the All-League Second Team with her performance filling the leadoff spot in the batting order for the Crusaders. The freshman hit .325 during the regular season with 28 runs scored, totaling 53 hits, fourth-most in the league. She also drew 29 walks to rank second overall among league players. During league-only play, Ranieri hit at a .350 clip and also took a league-high 18 walks, good for a .513 on-base percenrage in Horizon League action.

Bouchard nabbed a position to the All-League Second Team and All-Newcomer Team after pacing the circuit in RBIs during the regular season. The freshman catcher drove in a league-high 41 runs over 52 games, which already ranks sixth in a single season in Crusader history. On the year, Bouchard hit .313 with 11 doubles, fifth-most in the league, and six homers. She also did not commit an error in 265 chances behind home plate and threw out 13 would-be base stealers.

Weissenhofer rounds out Valpo's All-League honorees, picking up Second Team and All-Newcomer accolades after winning two-thirds of the pitcher's Triple Crown during the regular season. The freshman led the Horizon League overall in both earned run average (2.13) and strikeouts (202), already setting a new Valpo single-season record in the latter category. She also finished second in the league with 17 wins. Within league-only play, Weissenhofer lowered her ERA to 1.83 and earned eight victories, tallying 81 strikeouts in just 68.2 innings of work.