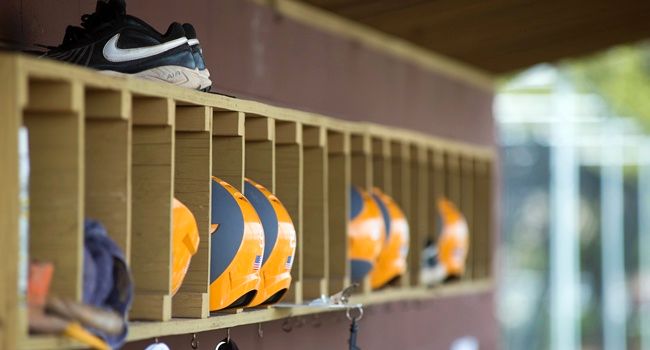 Next Up in Crusader Softball: The Valparaiso softball team makes the trip to the Windy City this week to compete in the 2013 Horizon League Softball Championship, hosted by UIC. The defending tournament champions, the Crusaders earned the third seed for this year’s tournament with an 11-9 record in league play. Valpo will kick off tournament play Wednesday at 1:30 p.m. against sixth-seeded Youngstown State.

Previously: Valpo took two out of three games in the final series of the regular season against Youngstown State, securing the third seed for the league tournament. The Crusaders shut out the Penguins in the series opener, 3-0, and then earned a 6-5 marathon win in 14 innings in the second game. YSU took game three of the series, 3-2 in 11 innings.

Following the Crusaders: Every Valpo game at the Horizon League Championship will have live audio (WVUR, 95.1 FM, Valparaiso) and video (Horizon League Network) broadcasts available, with links for both available at ValpoAthletics.com. Live stats will also be running for all of the Crusaders’ tournament games.

Head Coach Jordan Stevens: Jordan Stevens is in his third season at the helm of the Valparaiso University softball program in 2013, having won 105 games as the Crusader head coach. Stevens guided the Crusaders to 42 victories in his second season in charge in 2012, surpassing by seven wins the program's previous single-season wins record. Along the way, Valpo claimed the Horizon League regular season and tournament championships, advancing to the NCAA Tournament for the first time in program history.

All-League Honorees: Valpo boasted a quintet of players who were honored by the Horizon League as it announced its postseason award recipients on Tuesday. Leading the way was fifth-year senior Joylyn Ichiyama, who earned First Team All-League honors for the second consecutive season. Sophomore Brittany Duncan and freshman Kaitlyn Ranieri both were named to the All-League Second Team. In addition, freshmen Janelle Bouchard and Taylor Weissenhofer each claimed a spot on both the All-League Second Team and the All-Newcomer Team.

30 Wins Within Sight: Entering the tournament, the Crusaders sit just one win shy of the 30-win mark for the season, a mark which has become a regular milestone for the program. Prior to the 2008 season, Valpo had never won more than 27 games in a single season, but over the past five years, the Crusaders have won at least 30 games four times, including in each of head coach Jordan Stevens’ first two years at the helm.

The Short and the Long (and the Long) of It: It looked like the tone for the Youngstown State series would be set by the opening game, as Valpo finished the shutout win in its fastest time of the season (1:21). But the opposite proved to be true, as the Crusaders and Penguins would continue to play the two longest games in the history of the Valparaiso University Softball Field (14 and 11 innings) over the next two games. And of course, after playing 32 innings last weekend, the two teams will square off in the first round of the HL Championship.

Weissenhofer Sets a New Mark: Freshman Taylor Weissenhofer set a new Crusader single-season record in her rookie year last week for strikeouts. Weissenhofer’s sixth strikeout of the nightcap at Western Michigan, which came in the third inning, was her 177th of the season, breaking Andrea Zappia’s previous mark of 176 (2008). Weissenhofer enters the 2013 Horizon League Championship with a league-high 202 strikeouts.

Pitcher of the Week: Weissenhofer earned her second Player of the Week honor to close out the regular season after going 4-0 with a save in the final week of the regular season. The freshman posted a 0.26 ERA by allowing just one run, a 12th-inning home run in game two against YSU, in 26.2 innings in the circle. She struck out 34 batters and walked just six while allowing opponents to hit a miniscule .163 against her. Weissenhofer joined fellow freshman Sierra Pico as two-time award winners this year, while four different Valpo hitters won Player of the Week accolades over the course of the season as well.

Ranieri Enters on a Roll: If the softball season were NBA Jam, freshman Kaitlyn Ranieri would be “on fire!” right now. Ranieri has reached base in each of her last nine plate appearances, going 5-for-5 with four walks since the 10th inning of game two versus YSU. Among those at-bats were the game-tying RBI single in the 12th inning and the game-winning hit in the 14th inning against the Penguins. For the series against YSU, Ranieri went 7-for-10 with six walks (.813 OBP) out of the leadoff spot in the order.