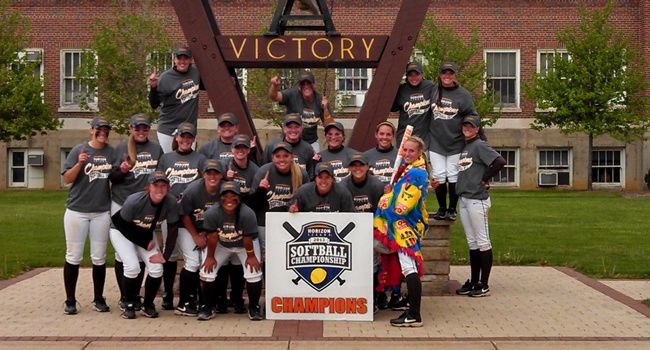 The Crusaders will travel to the Ann Arbor regional for the 2013 NCAA Tournament.

Making its second consecutive NCAA Tournament appearance in as many years, the Valparaiso softball team will head to Michigan for the Ann Arbor Regional of the 2013 NCAA Softball Tournament.  Valpo will open regional play against the host Wolverines, the eighth seed nationally, at 6 p.m. CT on Friday, live on ESPN3.com.

Valpo (34-25) captured the Horizon League’s automatic bid to the 2013 NCAA Tournament after a second straight run through the league tournament.  The Crusaders dropped the tournament opener before winning five consecutive games, defeating Youngstown State twice on Saturday afternoon to claim the tournament crown.

Michigan (45-10) took the Big Ten regular season championship with a 20-2 record before falling in the semifinals of the Big Ten Tournament.  The other side of the four-team, double-elimination regional will pit California against Central Michigan.

Valpo will be making its second straight appearance in the NCAA Tournament.  In 2012, the Crusaders battled a top-10 Louisville squad before falling 6-4 on a walk-off homer, and had the potential tying run on base in the seventh inning of a 5-4 loss to Kentucky.