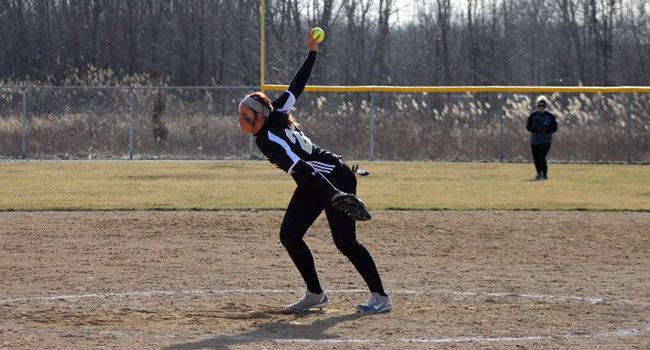 Valparaiso softball head coach Jordan Stevens announced today that Mollie Lindeman has transferred into the Crusader softball program. Lindeman will be immediately eligible for the 2014 season and has three years of eligibility remaining.

"We are pleased to add Mollie to our roster for the upcoming years," said Stevens. "We look forward to seeing her athleticism on the field and adding her bat to our lineup."

Lindeman, a 5'7" utility player/pitcher out of Hebron, Ind., joins the Valpo softball program after playing her freshman season at Purdue North Central in 2013. Lindeman hit .306 and OPSed .839 for the Panthers in 2013, leading her squad in RBIs (24) and walks (11) while scoring 17 runs and recording nine doubles and three home runs. In the circle, Lindeman posted a 3.55 ERA and earned six victories, striking out 125 batters while walking just 28 in 88.2 innings of work.

Lindeman was a prep standout at Hebron H.S., earning Third Team All-State honors as a senior while hitting .451 and posting a 9-4 record in the circle with a 0.79 ERA. She was a First Team All-Area selection by both the NWI Times and the Post-Tribune as a junior, helping to lead the Hawks to their first regional championship and a berth in the semistate final as she hit .472 with 30 RBIs and went 15-5 with a 1.88 ERA and 154 strikeouts.