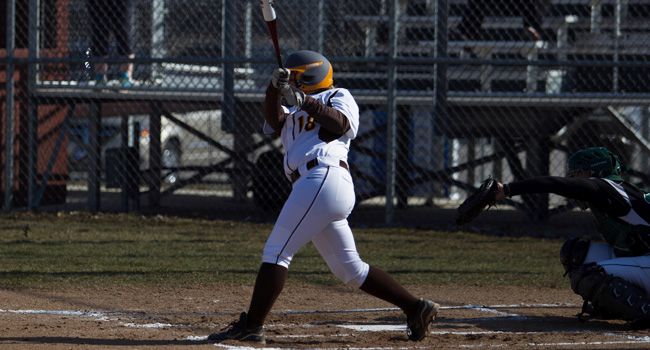 Next Up in Crusader Softball: The Valparaiso softball team will attempt to continue its spring schedule with four road games this week. The Crusaders are slated to travel to Eastern Illinois for a single game Thursday afternoon before making the short trek to Chicago for a three-game Horizon League series versus UIC this weekend.

Following the Crusaders: Live stats will be available for all four of this week’s games through ValpoAthletics.com. In addition, a link for Eastern Illinois’ audio broadcast of Thursday’s game will be available as well.

Head Coach Jordan Stevens: In his fourth season at the helm of the Valparaiso softball program, Jordan Stevens has led the Crusaders to new heights through his first three years, as Valpo has captured the Horizon League Championship each of the last two seasons and earned the program’s first-ever NCAA Tournament win last year. Stevens enters this weekend with a 117-86-1 record at the helm of the Crusaders.

Series Notes: Valpo is just 3-11 all-time against Eastern Illinois, but has won two of the last three meetings, most recently a 6-1 victory over the Panthers on Feb. 24, 2008 in Tulsa, Okla. Meanwhile, the Crusaders are just 14-56 in program history versus UIC, but are 9-9 against the Flames since joining the Horizon League. Each of the last two seasons, Valpo and UIC have split four meetings, with UIC claiming two of three in the regular season each year before the Crusaders eliminate the Flames in the league tournament.

A Challenging Schedule: The Crusaders’ 2014 schedule has prepared the team well for Horizon League play, featuring at least ten games against NCAA Tournament teams from a season ago. Valpo has already taken on three teams ranked nationally as well. The Crusaders lost a narrow-one run game to #20/20 Louisiana early in the season, and faced #10/9 Arizona in the first weekend of their spring break trip. Valpo took on #2/4 Oregon out in Hawaii, and a matchup against #25/24 Notre Dame awaits later this spring.

Weather Not Doing Any Favors: It only seems as if every day this spring has featured a schedule adjustment thanks to weather for the Crusader softball team. Below is a list of changes so far this spring:
- vs. Indiana (at Arizona) suspended in the 5th inning; completion later this spring a possibility
- home vs. Western Michigan postponed from March 19 to April 1
- series finale at Youngstown State March 23 canceled
- at Eastern Michigan postponed from March 26 to March 27

Wiz Goes Yard: Senior Amanda Wisniewski launched home runs in back-to-back at-bats over two games at YSU last weekend, the first a three-run shot which proved to be the deciding blow in the Crusaders’ 7-4 win. Wisniewski now has a team and league-best six home runs on the year and has pushed her career total to 24 round-trippers, which ranks third in program history, just one out of second place. She is also tied for second in Crusader history in walks (87), ninth in runs scored (92) and tenth in RBIs (78).

1-2 Punch: Freshman Taylor Lawson and sophomore Kaitlyn Ranieri teamed up to deliver a 1-2 punch out of the second and third spots in the batting order at YSU. Lawson went 4-of-8 with five runs scored and two RBIs over the two games, while Ranieri was 4-of-7 with a walk, four runs scored, a home run and two RBIs. On the year, Ranieri is hitting .311 with team highs of 17 runs scored and 13 walks, while Lawson raised her batting average 31 points for the season with last weekend’s performance.

Weissenhofer Rounding Into Form: After early-season struggles, sophomore pitcher Taylor Weissenhofer - College Sports Madness’ preseason HL Pitcher of the Year - seems to be rounding into form. Over her last five appearances (three in Hawaii, two at YSU), Weissenhofer is 2-0 with a 1.11 ERA, giving up just nine hits and four walks in 12.2 innings of work while striking out 12 batters.