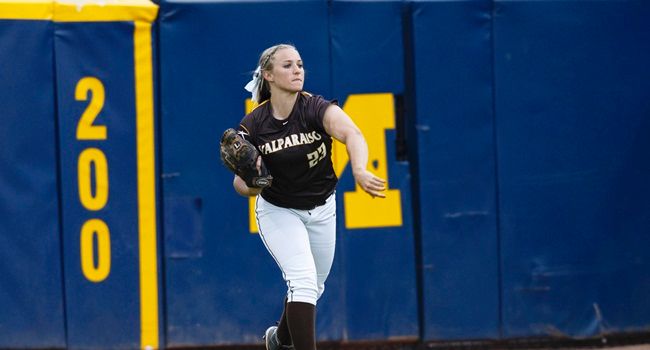 Valparaiso sophomore outfielder Kaitlyn Ranieri (Schererville, Ind./Lake Central) added another award to her list of honors on Thursday, as she was named a Second Team All-Midwest Region honoree by the National Fastpitch Coaches Association (NFCA). With the award, Ranieri becomes eligible for All-American honors.

Ranieri, who was named Horizon League co-Player of the Year last week, enjoyed one of the top offensive seasons in Crusader history, hitting .370 with 38 runs scored and 33 RBIs. She paced the Horizon League in on-base percentage (.460) and walks (27) while ranking among the league's best in nearly every offensive category. Ranieri totaled 67 hits on the year, fourth-most in a single year in program history, including nine doubles and nine home runs as she ended the season with 105 total bases, tied for second-most in a single season all-time at Valpo.

Ranieri especially stood out within league play for the Crusaders out of the cleanup spot in the batting order, hitting .532 in Horizon League action with a .597 on-base percentage and an .887 slugging percentage, all marks which topped the league. The sophomore scored 15 runs and drove in 21 runs in 19 league games while registering 12 multi-hit games and going hitless just twice.