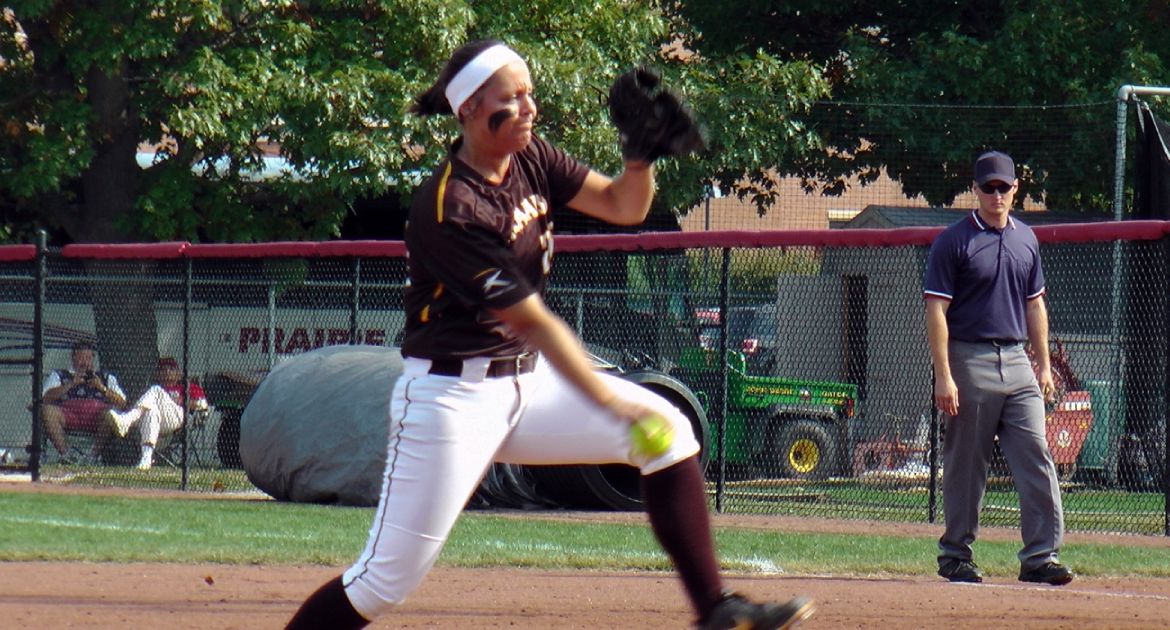 The Valparaiso softball team finished the Mercer Invitational in Macon, Ga. on Sunday with a third-place finish after earning a run-rule victory over IPFW for the second straight day, 9-1.  Sophomore Taylor Lawson (Tucson, Ariz./Sahuaro) and freshman Stephanie Moreno (Murrieta, Calif./Murrieta Valley) were named to the All-Tournament Team.

Valpo was unable to score in the first inning for a second straight game against the Mastodons, but cracked the scoreboard to take the lead for good in the second, as senior Tarah McShane (Streamwood, Ill./St. Edward) walked to lead off the frame and eventually scored on a base hit by fellow senior Lindsey Norway (Chicago, Ill./Chicago Christian).

The Crusaders added three more runs in the third, plating the first on a successful double steal by Lawson and sophomore Jorgi Calombaris (Frankfort, Ill./Lincoln-Way East) to score the latter.  Lawson and junior Kaitlyn Ranieri (Schererville, Ind./Lake Central) would later score on a two-run double from Moreno to make it 4-0 Valpo.

The Crusaders kept the ball rolling in the next couple innings as well.  Valpo pushed two more runs across the plate in the fourth, as McShane doubled home Ranieri and later scored on a wild pitch.  Norway then led off the fifth by getting hit by a pitch and came around to score on an error by the Mastodons to push the lead to 7-0.

IPFW’s Caitlyn DeLong registered an RBI single to get the Mastodons on the board in the top of the sixth, making it a 7-1 ballgame.  IPFW had the bases loaded with one out, but freshman Ashlyn Montgomery (Lebanon, Ind./Lebanon) entered in relief and induced a pair of groundouts to keep the lead at six runs.  Valpo would take advantage in the bottom of the frame to end the game via run rule, as Lawson led off the inning with a single and Ranieri followed with a two-run homer to close out the victory.

Lawson and Ranieri each posted two-hit games to lead the Crusader offense, which tallied nine hits in the winning effort.  Ranieri crossed the plate three times, while Lawson and McShane each scored twice as well.  Valpo stole five bases in the game, led by a pair of thefts from Lawson.  Junior Mollie Lindeman (Hebron, Ind./Hebron [PNC]) earned the win in the circle to improve to 1-2, scattering seven hits while striking out four batters in her 5.1 innings of work.  Sarah Lazarowich started and took the loss for IPFW (0-5), falling to 0-2 on the year after surrendering four runs in three innings.

“Today was the most complete game we have put together so far,” said Crusader head coach Kate Stake.  “Our pitching staff threw the best they did all weekend, which is good to see from an endurance and focus standpoint since it was day three of our first tournament.  Mollie had zero walks today and I was very pleased with her performance in the circle.  Kat continues to perform in clutch situations at bat as well.”

Lawson earned All-Tournament Team honors after a tremendous weekend at the plate, hitting .500 (10-for-20) with five runs scored and three stolen bases.  The sophomore registered four multi-hit games over the tournament’s five contests.  Meanwhile, Moreno joined Lawson on the All-Tournament Team after an impressive first collegiate weekend, going 6-of-14 at the plate with a pair of doubles and a team-best five RBIs.

“Overall, I'm pleased with our trip to Mercer,” said Stake.  “We lost two games by one run in the seventh inning, and those late-game battles are the ones that will stick in our minds in April and May when we find ourselves in that position again.  We out-hit and out-scored our opponents this weekend, and we did not look like it was our first time on dirt defensively – we made our routine plays and a couple great plays.  The totals don't matter for our record, of course, but we faced some strong competition this weekend and I think we can confidently say we competed right along with them at that level.”

Valparaiso (2-3) returns to action in two weekends, traveling to Birmingham, Ala. for the Samford Invitational.