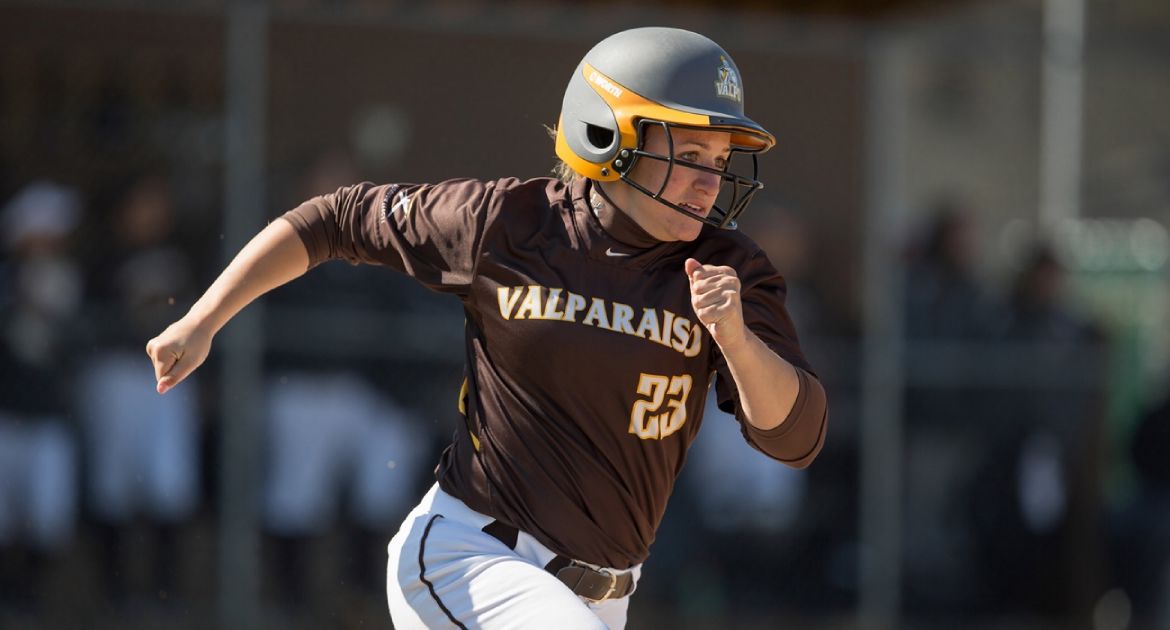 The Valparaiso softball team continued play at the Colorado State Classic in Fort Collins, Colo. on Sunday.  Facing the host Rams in the nightcap, the Crusaders battled CSU to a 2-2 tie through eight innings before the game was suspended due to darkness.  The game will be resumed on Monday before Valpo’s tournament finale against the Rams.  In Sunday’s opener, the Crusaders fell 13-1 to Omaha.

Taking on Omaha for the second time in the tournament, the Crusaders increased their hit total from four on Saturday to 11 on Sunday.  Junior Kaitlyn Ranieri (Schererville, Ind./Lake Central) led the way with a 3-for-3 effort, while freshman Stephanie Moreno (Murrieta, Calif./Murrieta Valley) and senior Tarah McShane (Streamwood, Ill./St. Edward) each picked up two hits as well.

But Valpo was unable to turn those hits into runs, as the Crusaders’ only run came via Ranieri scoring on an Omaha error in the first inning.  Valpo would leave 10 runners on base in five innings at bat.  Meanwhile, Omaha scored eight runs in the first and four in the second en route to the win.  Junior Sierra Pico (Las Vegas, Nev./Legacy) fell to 0-1, taking the loss for the Crusaders in the start, while Carly Nielsen improved to 1-2 in a complete-game win for Omaha (9-9).

Against Colorado State in the nightcap, the Rams got on the board first in the bottom of the opening inning on a leadoff homer by Haley Hutton.  But that would be the only run scored off of junior Taylor Weissenhofer (Orland Park, Ill./Lockport Township) in regulation.

Valpo tied the game in the fourth inning, as senior Lindsey Norway (Chicago, Ill./Chicago Christian) led off with a walk and eventually scored on a two-out single by Pico.  Heading into extra innings tied at one, the international tiebreak rule was implemented, placing a runner on second with nobody out to start the frame.  An RBI single from McShane gave the Crusaders a 2-1 lead in the top of the eighth, but the Rams got an RBI groundout from Savannah Clark in the bottom of the inning to tie the game and force its suspension.