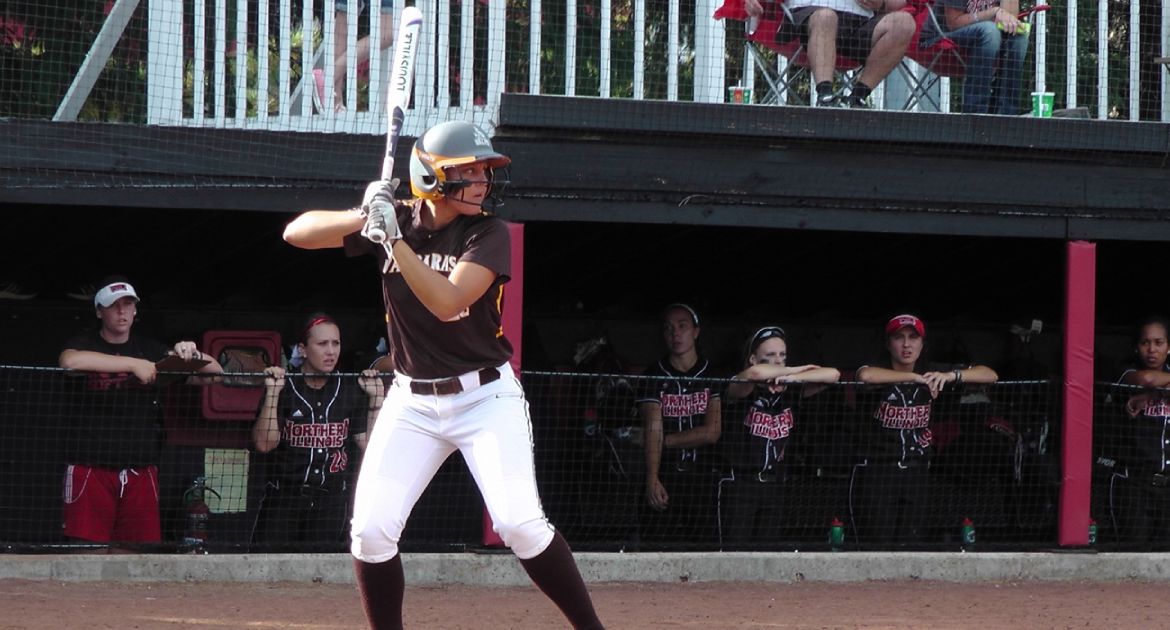 The Valparaiso softball team fell in both ends of a doubleheader at Wisconsin Wednesday afternoon on a cool, overcast day in Madison, Wis., dropping the opener 10-2 and the nightcap 11-2.

It was the Crusaders who drew first blood in the opener, as senior Lindsey Norway (Chicago, Ill./Chicago Christian) was hit by a pitch with two out and nobody on.  Starting pitcher Mollie Lindeman (Hebron, Ind./Hebron [PNC]) – in the batting order for the first time since March 14 – followed by drilling a 2-0 pitch well over the left-center field wall for a no-doubt home run, her first round tripper as a Crusader, to give Valpo a 2-0 lead.

The Crusaders looked to add to the lead in the third, but a groundout with runners on the corners and two out ended the Valpo threat.  Wisconsin then claimed the lead for good in the bottom of the third, as Maria Van Abel drove in the Badgers’ first run with an RBI single and UW added two more unearned runs to take a 3-2 advantage.

Valpo put together two-out rallies in both the fourth and fifth innings, loading the bases on an error, a single and a walk in the fourth and two singles and a walk in the fifth.  But neither time could the Crusaders complete the circuit and push a run across the plate.  Meanwhile, Wisconsin scored seven runs in the fourth inning – the big blows coming courtesy of a three-run triple by Megan Tancill and a two-run double from Marissa Mersch – to end the game via run rule.

Lindeman took the loss in the opener for Valpo, falling to 3-10 as she surrendered six earned runs in her three-plus innings of work, while Mariah Watts improved to 7-5 with the complete-game win for Wisconsin.  Lindeman led the offense as well, reaching base twice as Valpo totaled six hits and three walks, but left 10 on base and went 0-for-5 with runners in scoring position.

The nightcap saw the Badgers jump on top early, as Wisconsin scored four runs in the first despite only having one hit as it took advantage of four walks and a Valpo error.  Chloe Miller connected on a solo homer for UW in the second, and the Badgers added five more runs in the third on five RBI base hits.

After leaving five on base in the previous two innings, the Crusaders broke through offensively in the fourth.  Pinch-hitter Taylor Nadler (New Haven, Mo./St. Francis Borgia) drove in junior Sierra Pico (Las Vegas, Nev./Legacy) – who had led off the inning with a walk – with a line-drive single to left center.  Later in the inning, junior Kaitlyn Ranieri (Schererville, Ind./Lake Central)  drew a bases-loaded walk to force home Norway and make it 10-2, but a groundout kept the Crusaders from putting any more runs on the board.  Wisconsin added one final insurance run in the bottom of the fourth for the final margin.

Junior Taylor Weissenhofer (Orland Park, Ill./Lockport Township) took the loss for Valpo in the circle in game two, dropping to 0-8 on the season.  Taylor-Paige Stewart earned the complete-game win for Wisconsin (16-20), improving to 6-11 on the year despite walking eight batters, as she allowed just two hits and struck out 11 – including a four-strikeout second inning.  Pico and Ranieri both reached base twice via walks, while freshman Stephanie Moreno (Murrieta, Calif./Murrieta Valley) picked up a base hit and drew a walk as well.

Valparaiso (8-25) returns to league play looking to snap its losing streak on Friday afternoon, hosting UIC for the start of a three-game Horizon League series at the Valparaiso University Softball Field.  First pitch is slated for 3 p.m., and live stats and audio will be available at ValpoAthletics.com.