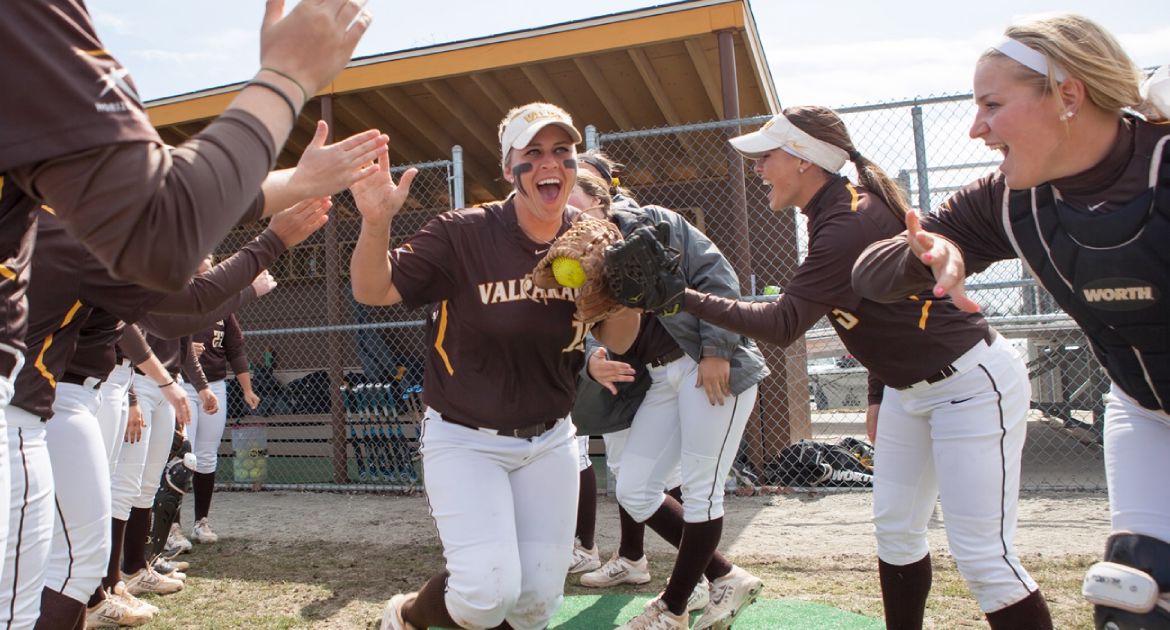 A key Horizon League series awaits the Valparaiso University softball team this weekend, as the Crusaders host UIC at the Valparaiso University Softball Field for a three-game series.  But the Crusaders will have to wait one more day to open the series, as Friday’s game has been postponed due to unplayable field conditions.  First pitch of Saturday’s doubleheader is slated for 1 p.m., while today’s postponement will be made up Sunday at noon.  Saturday will also serve as Alumni Day for the Crusader softball program, as Valpo welcomes back more than 20 former players.

The Crusaders are looking to break their current skid, as they have dropped eight straight games.  In a quirk of the schedule, Valpo is playing its fourth consecutive home Horizon League series – the Crusaders were originally scheduled to play three of their first four series at home, but last weekend’s series against Oakland got shifted to keep Valpo at home as well.  In all, the Crusaders will play five of their seven Horizon League series at the Valparaiso University Softball Field.  With this weekend’s series, Valpo will have played 12 of 16 games at home following its return from the spring break trip before embarking on a stretch of 10 consecutive road games.

Leading the way for the Crusaders has been last year’s Horizon League co-Player of the Year, junior Kaitlyn Ranieri.  Ranieri enters the weekend hitting .388, getting on base at a .543 clip and slugging .718, all team highs.  The junior also paces Valpo in doubles (8) and home runs (6).  With 28 walks this year, Ranieri is already tied for sixth in a single season in Crusader history in the category and owns 86 career free passes, just one shy of third on Valpo’s all-time chart.

Freshman shortstop Stephanie Moreno has cemented herself as one of the frontrunners for Horizon League Freshman of the Year honors.  Moreno ranks second on the team, hitting .385 on the season, best among league rookies.  She has started every game at shortstop and leads the Crusaders with 23 runs scored.  Moreno also ranks among the top-25 nationally with 10 sacrifice bunts on the year.

Valpo enters the weekend at 2-6 in league play and will face a UIC squad which is 15-14 overall and 6-2 in Horizon League action following a sweep of a mid-week doubleheader against Green Bay.  Eleni Polites leads the Flames with a .389 batting average, while Tiana Mack-Miller hits .356 with 10 doubles and 22 RBIs on the year.  In the circle, Bridget Boyle and Elaine Heflin have combined to make 24 of 29 starts and both boast ERAs in the 3s, while Karissa Frazier has been a capable number-three pitcher, posting a 1.71 ERA this season.