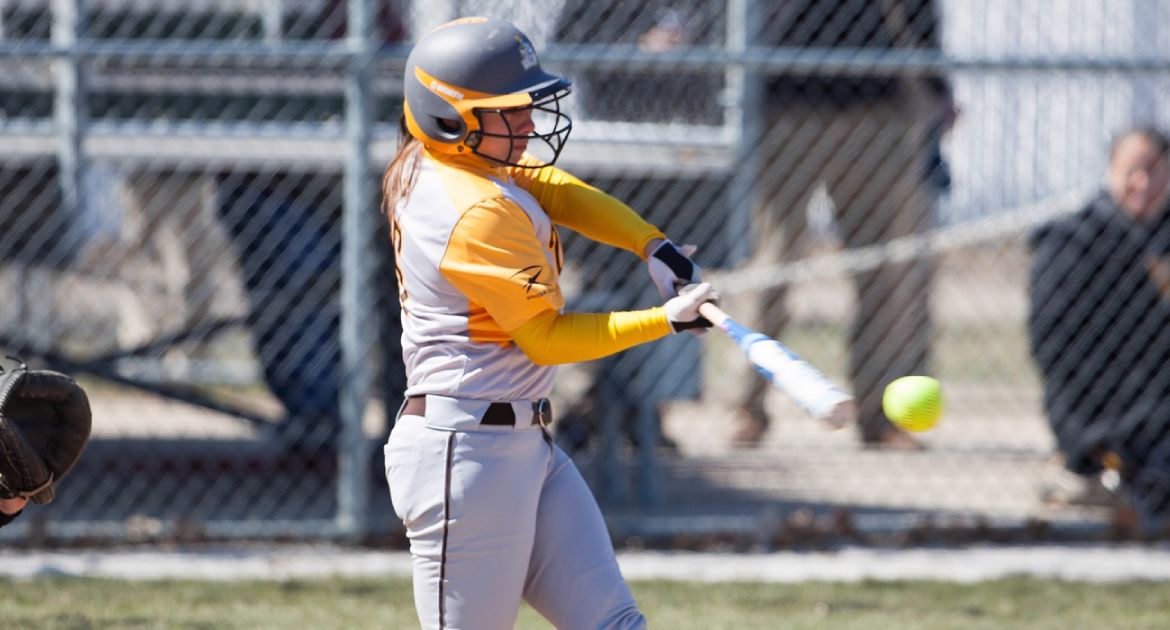 Next Up in Crusader Softball: The final weekend of the regular season is upon the Valparaiso University softball team, and it is a critical one, as the Crusaders take on Youngstown State in a three-game set beginning Friday afternoon. Valpo seniors Tarah McShane and Lindsey Norway will be honored prior to the start of Saturday’s doubleheader in Senior Day ceremonies.

Previously: Valpo went 1-2 last weekend at Detroit, taking the middle game of the series but falling in the opener and the finale. The Crusaders then dropped a mid-week decision, 2-0, at Bowling Green.

Head Coach Kate Stake: Kate Stake was hired as head coach of the Valparaiso softball program on July 23, 2014 and owns an 12-33 record in her first season as head coach. Stake arrived at Valpo with eight seasons of assistant coaching experience at the Division I level, most recently serving as an assistant at mid-major power Hofstra.

Series Notes: The Crusaders own a 28-8 advantage in the all-time series over Youngstown State, including a 20-4 mark since joining the Horizon League. Last season, playing at YSU early in the league slate, the two squads split a doubleheader. Valpo claimed the opener, 7-4, before falling 12-9 in the nightcap (the third game of the series was canceled due to weather). Kaitlyn Ranieri went 4-for-7 with four runs scored in the doubleheader, while Taylor Lawson was 4-of-8 and crossed the plate five times.

Gotta Win the Series: It’s pretty simple for both Valparaiso and Youngstown State entering this final weekend of the regular season. Both teams need to win the series, taking at least two of three games, to secure a spot in the six-team Horizon League Championship. While Valpo enters the weekend one game back of YSU, winning the series and finishing in a tie with the Penguins would give the Crusaders the head-to-head tiebreaker, as well as the advantage in any multi-way ties. Both Valpo and YSU also harbor an outside shot at a tournament bid with only one win this weekend, should CSU be swept by UIC and, in Valpo’s case, Green Bay take at least one game from Detroit.

Honoring Our Seniors: Prior to the start of Saturday’s doubleheader, the Crusaders will take time to recognize their pair of seniors. Tarah McShane and Lindsey Norway have been part of 113 wins, entering this weekend, over their four-year Valpo careers. Both McShane and Norway helped the Crusaders to Horizon League titles in 2012 and 2013 and have been a part of two NCAA Tournament teams.

Norway Enjoying Finest Season: Outfielder Lindsey Norway is enjoying her best season at the plate as a senior this year, entering the weekend hitting .272 with 16 runs scored, 14 RBIs and nine doubles. Over her four years, Norway has appeared in 143 games, starting 118 times, and has scored 53 runs. The Chicago native was a regular in the outfield for both of Valpo’s NCAA Tournament and Horizon League champion squads, scoring runs in three of the Crusaders’ NCAA games.

McShane Closing Strong: First baseman/catcher Tarah McShane has moved into Valpo’s all-time charts in a number of categories late in her senior year, ranking sixth in doubles (35), eighth in RBIs (90) and ninth in home runs (14). She also ranks second in Crusader history in fielding percentage and is nearing the top-10 in putouts as well. McShane, who has appeared in 163 games in her four-year career - starting 154 times - is hitting .328 this year with 11 doubles and 31 RBIs, both of which rank sixth in the Horizon League.

Moving Up the Charts: Junior Kaitlyn Ranieri has continued to move up Valpo’s career charts in a number of offensive categories. The junior currently ranks second in Crusader history in batting average and on-base percentage, and fourth in slugging percentage. Ranieri ranks third in career walks with 91, just seven shy of the program record, and is also fourth in total bases (277), sixth in hits (179), runs scored (106), home runs (19) and doubles (33), and 10th in RBIs (85).

In Search of .400: The .400 mark has been just as sacred in Valpo softball history as it is in the baseball world, as just two Crusaders have hit .400 for an entire season - Jordan Rutkowski, who hit .430 in a 2012 campaign which was the best by a Valpo player in program history; and Kari Wiseman, a Valpo Hall of Fame inductee who hit .423 in 1998. But Ranieri is threatening to surpass that mark as well, entering this weekend’s play hitting at a .415 clip, good for fourth in the league. She also leads the Horizon League with 33 walks, just two shy of Valpo’s single-season record, and is second in the league with a .544 on-base percentage, a mark which would set a new Crusader single-season standard.