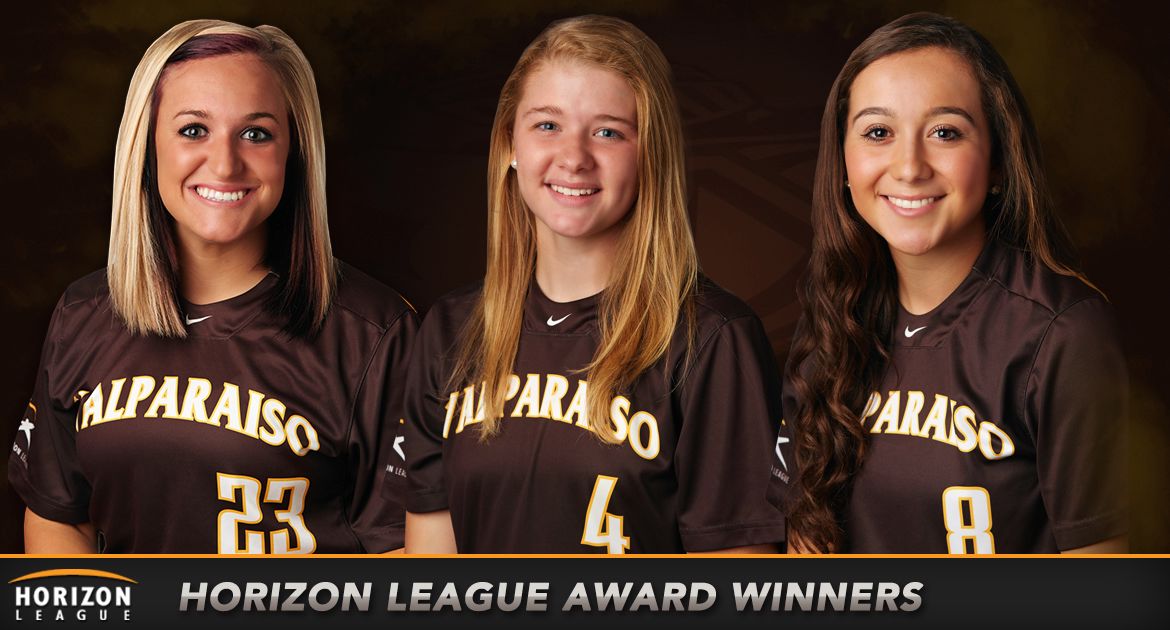 Ranieri took another step forward statistically as a junior in an already stellar career, finishing the regular season batting .423 with 40 runs scored and 38 RBIs. The junior has already set a new program single-season record with 38 walks and leads the Horizon League in both walks and doubles (15). Ranieri is on pace to set Valpo’s single-season records in on-base percentage (.558) and slugging percentage (.808) as well. Within league play, Ranieri took her numbers to another level, finishing the Crusaders’ 20-game league slate hitting .483 with 23 runs scored, 22 RBIs, eight doubles, seven home runs and 15 walks.

Nadler stood out as a freshman, ending the season in the cleanup spot in Valpo’s batting order. Splitting time in the outfield and at designated player, Nadler hit .340 in her rookie season and recorded seven doubles, three triples and 19 RBIs. Like Ranieri, she took her game to another level in Horizon League play, hitting .413 in the Crusaders’ 20 league contests with 13 runs scored and 15 RBIs. Nadler’s best weekend came in the final weekend of the regular season, helping the Crusaders to a three-game sweep of Youngstown State to secure a spot in the league tournament, as she went 6-for-8 with six runs scored and four walks.

Moreno joined Nadler on the All-Freshman squad after starting every game this season at shortstop for the Crusaders. The Murrieta, Calif. native finished the regular season hitting .333 with 33 runs scored, second-most on the team and good for eighth in the Horizon League. Moreno is ranked among the top-30 nationally in sacrifice bunts, laying down 13 successful sacrifices this year, and has also driven in 25 runs and drawn 20 walks.