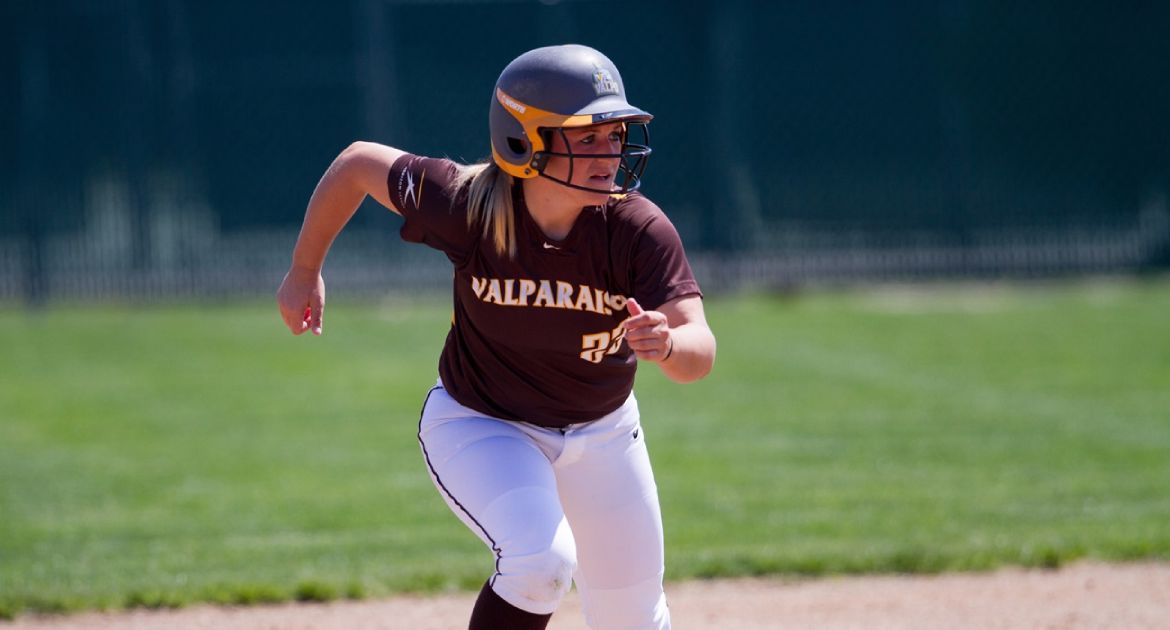 A stellar junior campaign from Valparaiso University outfielder Kaitlyn Ranieri (Schererville, Ind./Lake Central) has led to a second straight All-Region honor, as Ranieri repeated as a Second Team All-Midwest Region honoree by the National Fastpitch Coaches Association (NFCA) on Thursday. With the award, Ranieri is now eligible for All-American honors.

Ranieri leads the Horizon League in walks and sits second in on-base percentage, ranking among the top-30 nationally in both categories as well. Defensively, she played error-free softball and tallied six outfield assists.

Ranieri adds the 2015 Second Team All-Region honor to a long list of accolades in her career. The junior was also a Second Team All-Region recipient last year as a sophomore, and joins Sara Strickland as the only two-time All-Region award winners in program history. Ranieri is also a three-time All-League honoree, earning First Team recognition each of the past two seasons, and was the Horizon League Player of the Year in 2014.