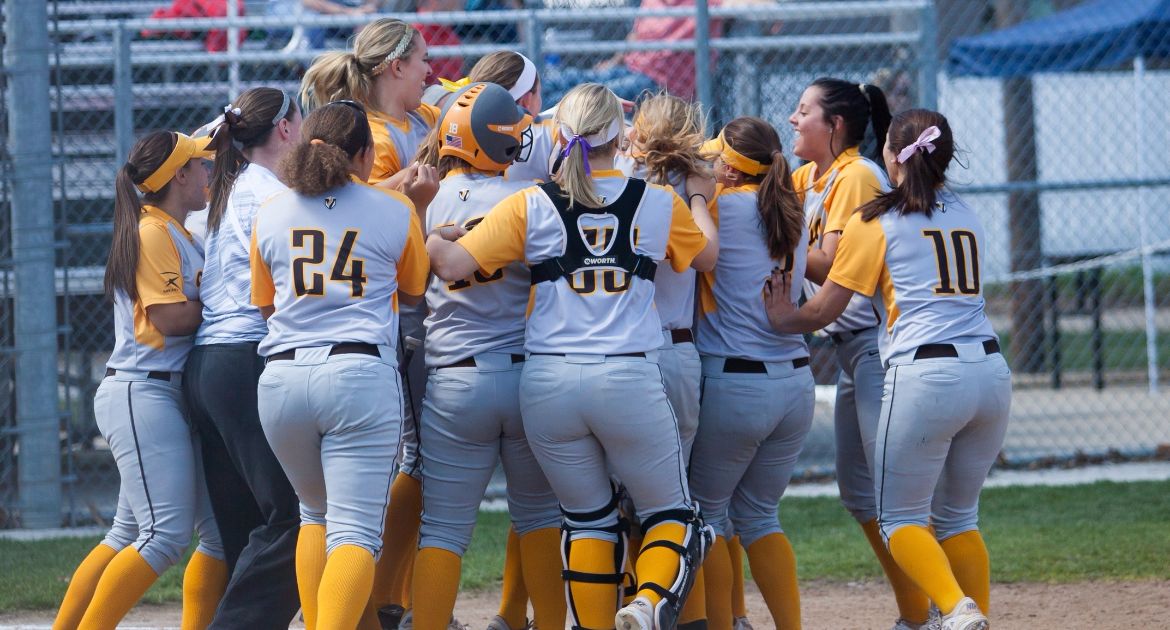 The Valparaiso University softball team returns to the diamond this weekend in Miami, Fla. to kick off the 2016 season. The Crusaders are looking to improve upon their mid-pack finish in league play from last season, as a veteran group returns for second-year head coach Kate Stake.

From last year’s 17-player roster, 15 letterwinners return in 2016 for the Crusaders as Valpo loses just two players – Tarah McShane and Lindsey Norway – from last year’s squad. Carly Trepanier is the only freshman on this year’s squad as five seniors and three juniors lead the way into 2016.

The vast majority of the Crusaders’ offense returns from last year’s team – an offense which scored nearly five runs per game, hit at a .300 clip and set a new program single-season record for on-base percentage (.381).

Ranieri is one of just four regulars returning in 2016 who hit better than .300 last year, however. Sophomore Taylor Nadler should slide into the left field starting job after splitting time between left field and designated player last season. Nadler, a Second Team All-League and All-Freshman Team honoree, hit .349 as a rookie and pushed her batting average to .413 in Horizon League-only play.

Another sophomore, shortstop Stephanie Moreno, is coming off a freshman year which saw her start every game at short while hitting .331 with 35 runs scored and 25 RBIs. Senior Sierra Pico, who played third base and batted for the first time in her career last year, hit .315 for the season and got on base at nearly a .400 clip.

A pair of juniors also return in 2016 as everyday starters at their respective positions. Taylor Lawson has been a consistent presence in center field and near the top of the batting order, hitting .269 with 30 runs scored and 11 stolen bases in 2015. Jorgi Calombaris started all but one game at second base last season as well, hitting .278 with 26 RBIs and 11 doubles.

Sophomore Jenna Stauffenberg (.258 AVG, 11 runs) and junior Sam Stewart (.436 SLG, 10 RBIs) are expected to split time at catcher, while both could see action at third base as well when Pico is pitching. The starting spot vacated at first base by the graduation of McShane will be a battle between sophomore Brenna Boyle (.242 AVG, 7 RBIs), senior Mackenzie Buchelt (3 BB, 2 runs) and sophomore Jasmine Ramirez (.222 AVG). Trepanier can slot in a number of infield or outfield positions as well, while sophomore Lanie Callaghan will provide depth in the Crusader outfield.

The Crusader pitching staff returns in its entirety from last year, and under the guidance of first-year pitching coach Monica Wright, already saw tremendous improvement during the fall season.

Senior Taylor Weissenhofer returns for her final season on the verge of setting the Crusader career strikeout record, as she enters the season with 442 strikeouts – just five shy of the current mark. Weissenhofer struck out 88 batters in 103 innings of work for Valpo last season.

Sophomore Ashlyn Montgomery picked up six wins in 2015 as a rookie, while senior Mollie Lindeman led Valpo in 2015 with eight victories and tallied 68 strikeouts in a team-high 111 innings of work. Meanwhile, Pico – who earned 15 wins in the circle in her first two seasons as a Crusaders – is expected to return to pitching this season as well after being limited due to injury last year.

Tournaments at FIU, Western Kentucky, USC Upstate and UNLV will serve to prepare the Crusaders for the Horizon League slate when they return back to the Midwest. In all, Valpo will face six reigning conference champions for a total of eight games in 2016 and take on seven NCAA Tournament teams a total of nine times. Weather permitting, the Crusaders’ home slate is scheduled to begin with a non-league doubleheader against Bowling Green on March 29.