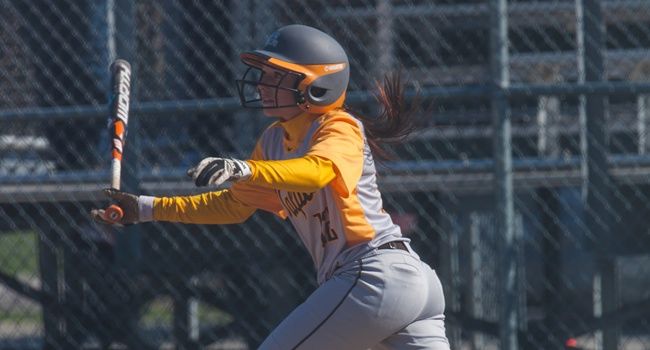 Previously: Valpo returned to the Midwest for the first time this year, playing five games last week. The Crusaders dropped two road games at Central Michigan before opening league play at Youngstown State, where the Penguins took all three games.

Following the Crusaders: All five games this week are slated to have live stats, with links to all available at ValpoAthletics.com. Tuesday's home doubleheader will have a live audio broadcast available via the athletics website, while this weekend's series will be broadcast on ESPN3 and on WVUR. Numerous Valpo games are slated for broadcast on ESPN3.com this spring, including most scheduled home games and a number of road Horizon League contests.

Head Coach Kate Stake: Kate Stake was hired as head coach of the Valparaiso softball program on July 23, 2014 and is in her second season as head coach, owning 19 victories. Stake arrived at Valpo with eight seasons of assistant coaching experience at the Division I level, most recently serving as an assistant at mid-major power Hofstra.

Series Notes: Bowling Green – The Crusaders and Falcons have met just six times on the diamond in program history, with BGSU holding a 4-2 advantage in the all-time series. Last season, the two teams played a single game at Bowling Green, which the Falcons won 2-0.

Northern Kentucky – The Crusaders have faced off with the Horizon League newcomer just once, and that matchup came before any current players were born, as NKU defeated Valpo, 4-3, early in the 1991 season.

Looking Ahead: The series against Northern Kentucky opens a stretch of 12 consecutive Horizon League games on the schedule for the Crusaders, a stretch which continues next Tuesday and Wednesday, Apr. 5-6, at Green Bay.

Scouting the Opposition: Bowling Green – BGSU enters Tuesday's twinbill with a 12-18 record on the year, most recently dropping all three games in a MAC series to Northern Illinois. The Falcons are led offensively by Chelsea Raker, who hits .357 and has driven in 16 runs, and Marisa Shook, who owns seven doubles and seven home runs this year. Kiley Sosby leads the Falcons in innings pitched and is 7-4 with a 3.91 ERA.

Northern Kentucky – The Norse are 8-20 overall entering this week, with a non-league game against Eastern Kentucky before this weekend's series. NKU took one of three games in its Horizon League debut last weekend against Oakland. Dani Devlin paces the Norse with 16 runs scored and 17 RBIs while hitting .302 on the year. Jordan Harbacek leads NKU with five wins and owns 37 strikeouts in 68.1 innings of work.

Back Home Again, In Indiana: The Crusaders open the home schedule this week after playing their first 23 games away from home. Valpo posted a 6-6 mark in home games last season at the Valparaiso University Softball Field, and has finished .500 or better at home in every season since 2009.

Nadler Continues Strong Play: Sophomore Taylor Nadler has been lethal at the plate for the Crusaders over the last few weeks, and continued her hot hitting last week for Valpo. Nadler picked up hits in four of the five games, including a three-hit performance in the nightcap at CMU, and went 6-for-12 with three doubles on the week. Nadler, who was hitting just .118 (2-for-17) through the season's first two tournaments, is 17-for-40 (.425) at the plate over the last 14 games with five doubles, two triples and four home runs.

Lindeman Steps In: While the Crusaders didn't come out with a win last weekend, senior Mollie Lindeman was strong in a pair of appearances in the circle for Valpo at Youngstown State. Lindeman started the nightcap Saturday against the Penguins, surrendering just two earned runs in a complete-game effort. Then, on Sunday, Lindeman entered in relief in the second inning and tossed five innings of two-hit shutout softball. It marked the senior's longest scoreless outing since throwing five shutout innings against Detroit on Apr. 6, 2014.

Pitcher of the Week Honors For Weissenhofer: Senior pitcher Taylor Weissenhofer earned her third Pitcher of the Week honor from the Horizon League office following her performances at UNLV’s tournament. Weissenhofer went 2-0 for the weekend with a 2.75 ERA and 22 strikeouts in 20.1 innings of work. Her weekend was highlighted by a one-hitter with 12 strikeouts in the win over Santa Clara, her second career one-hitter and tying her second-most K’s in a single game at Valpo.

New Records This Year: A pair of Crusader seniors have set new Valpo career records already this year. In the circle, Taylor Weissenhofer broke Valpo's career strikeouts record in the Crusaders' third game of the year - Feb. 13 versus St. John's - and now owns 488 career K's. At the plate, Kaitlyn Ranieri drew a walk in her first plate appearance of the year to set a new Valpo career record in that category and currently has 108 career walks.

Moving Up the Charts: While Ranieri already tops the career walks chart, she is poised to advance on a number of other career charts in the coming weeks. The senior is currently third in Crusader history in doubles (42), tied for fourth in home runs (22), third in hits (205), fourth in total bases (319, six shy of third), fifth in runs scored (121, two shy of fourth) and sixth in RBIs (97, one shy of fifth and three shy of fourth).