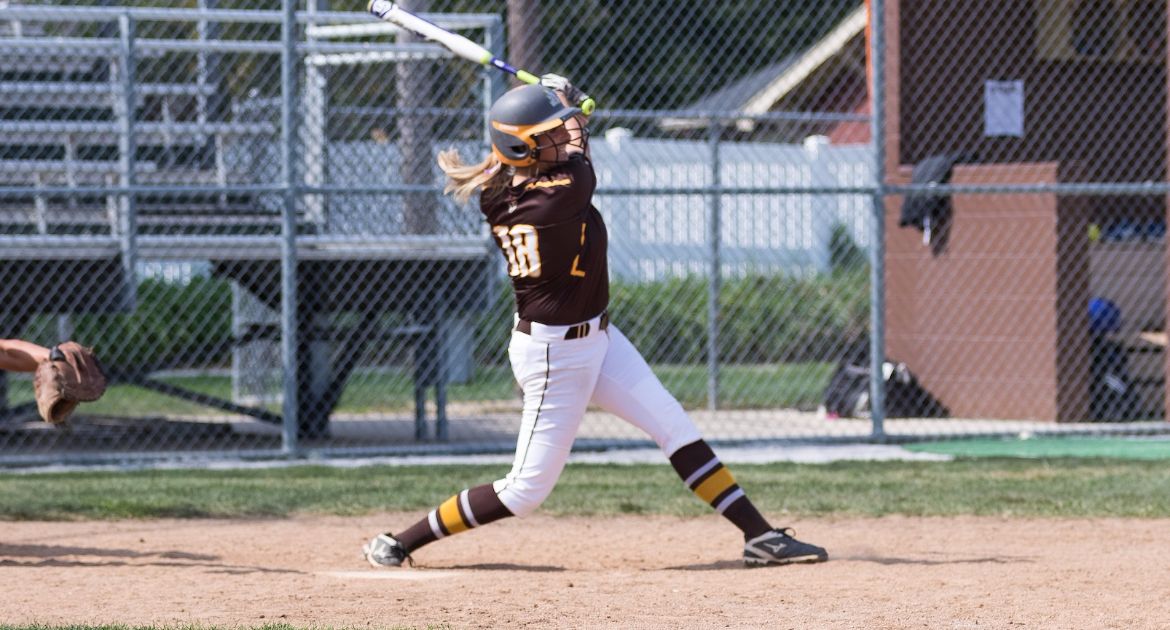 Next Up in Crusader Softball: Winners of its last four games, the Valparaiso University softball team closes out its tournament slate this weekend as the Crusaders travel to Iowa City, Iowa for the Hawkeye Invitational. The weekend's schedule has been adjusted, as Valpo will now take on Creighton and Iowa on Friday, South Dakota on Saturday and South Dakota State on Sunday.

Previously: Valpo posted a 4-2 record last week, kicking off the week with a hard-fought 1-0 loss at #9/11 Alabama behind a stellar effort in the circle from Ashlyn Montgomery. The Crusaders then dropped a 1-0 final to Belmont before closing the Leon Smith Classic with four straight wins - taking down SE Missouri State (8-6), Tennessee State (4-2), Eastern Illinois (3-2) and Alabama State (5-2).

Looking Ahead: Valpo will play one more non-league game before the start of the Horizon League schedule, making the short trip to Chicago next Wednesday to take on Loyola. The Crusaders then open league play next weekend with a three-game series at Northern Kentucky.

Following the Crusaders: All four games this weekend will have live stats, while all league home games and select road games will will be available on ESPN3, WatchESPN and the ESPN app.

Head Coach Kate Stake: Kate Stake was hired as head coach of the Valparaiso softball program on July 23, 2014 and is in her third season as head coach, owning 44 victories. Stake led the Crusaders to the 2016 Horizon League Championship and a berth in the NCAA Tournament - the third in program history. Stake arrived at Valpo with eight seasons of assistant coaching experience at the Division I level, most recently serving as an assistant at mid-major power Hofstra.

Series Notes: The Crusaders are 0-3 in program history against Creighton, including a 3-1 extra-inning loss to the Bluejays at Arizona State on March 10, 2012. This will be the second time in four years Valpo has faced Iowa, as the only previous meeting between the programs was an 8-0 win by the Hawkeyes on Feb. 28, 2014.

Looking Back at 2016: The 2016 season saw Valpo make a run for the ages, as the Crusaders needed a win on the final day of the regular season just to make the Horizon League Championship. But once there, Valpo more than proved it belonged, rolling through the first three days of the tournament before rallying from a four-run deficit in the seventh inning to defeat Wright State and claim the Horizon League title and the league's automatic berth into the NCAA Tournament. Returning award winners include Sam Stewart (league tournament MVP), Lanie Callaghan (league tournament batting champion) and Carly Trepanier (Second Team All-League; All-Tournament Team).

Montgomery Takes On 'Bama...: Junior Ashlyn Montgomery went toe-to-toe with one of the nation's top-ten teams in Alabama last Wednesday and put together a performance which ranks amongst the best of her career. The junior limited the Crimson Tide to just four hits and one run, blanking Alabama over the final five innings of a hard-luck 1-0 loss. Alabama entered the game hitting .336 and averaging nearly six runs per game, and went on to score 18 runs in a three-game sweep of #24 Arkansas in SEC play that weekend.

...and Earns League Recognition: Montgomery followed her outing against the Crimson Tide with a strong weekend for the Crusaders at the Leon Smith Classic, and the cumulative efforts were enough for her to earn the first Horizon League Pitcher of the Week award of her career. Montgomery had a four-out scoreless relief outing March 10 against Belmont before surrendering just one earned run apiece in wins over SE Missouri State and Eastern Illinois – the latter a complete-game six-hitter. Montgomery closed the weekend by registering the final five outs in succession to earn a save in Valpo’s win over Alabama State. For the week, the junior went 1-1 with one save in five appearances, posting a sterling 1.11 ERA while allowing batters to hit just .229 against her – including just two extra-base hits.

Three For Three: Montgomery became the third Crusader in as many weeks of action to earn weekly honors from the Horizon League office. Sophomore Carly Trepanier was named the Player of the Week March 6 after going 9-for-15 for the Crusaders in Nashville and scoring four runs, while senior Sam Stewart picked up Player of the Week recognition Feb. 20 as she hit .545 with four home runs, eight runs scored and seven RBIs over Valpo's four wins on its opening weekend of play.

Stewart Continues to Rake: Stewart enjoyed another strong week at the plate last week, as she received the only intentional walk issued so far this season by #9/11 Alabama in mid-week action before picking up hits in all five games on the weekend to extend her on-base streak to 14 games. The senior went 6-for-13 with five runs scored and nine RBIs in Oxford, including a grand slam in a win over SEMO and two home runs - her third multi-homer game of the year - in the victory over Alabama State. Stewart ranks among the nation's best in a number of offensive categories: 2nd in HRs/game (7, 0.50/game), 3rd in slugging percentage (1.135), 5th in RBIs/game (23, 1.64/game), 15th in on-base percentage (.580), 25th in runs/game (16, 1.14/game), 35th in walks/game (11, 0.79/game) and 45th in batting average (.459).

Leading Things Off: Trepanier has been strong again this year for the Crusaders out of the leadoff spot in the lineup, entering this week leading the team and ranking 43rd nationally with a .462 batting average. The sophomore had multiple hits in each of the Crusaders' first three games last week, including a 2-for-3 effort at #9/11 Alabama, to extend her streak of multi-hit games to seven straight before having that snapped. Trepanier did pick up at least one hit in every game last week, going 10-for-24 at the plate, to extend her hitting streak to 13 games and her on-base streak to 14 games.

Pick Them Up, Set Them Down: Valpo's team defense has been stellar so far this season as well, as the Crusaders enter this week sixth nationally in double plays per game - having turned nine in their first 14 games - and 32nd in fielding percentage (.971). Most notably, Trepanier has seen 51 chances at second base and committed just one error, while senior Jorgi Calombaris has fielded all 39 of her chances at third base without any errors - extending her streak of chances without a miscue to 95 consecutive.