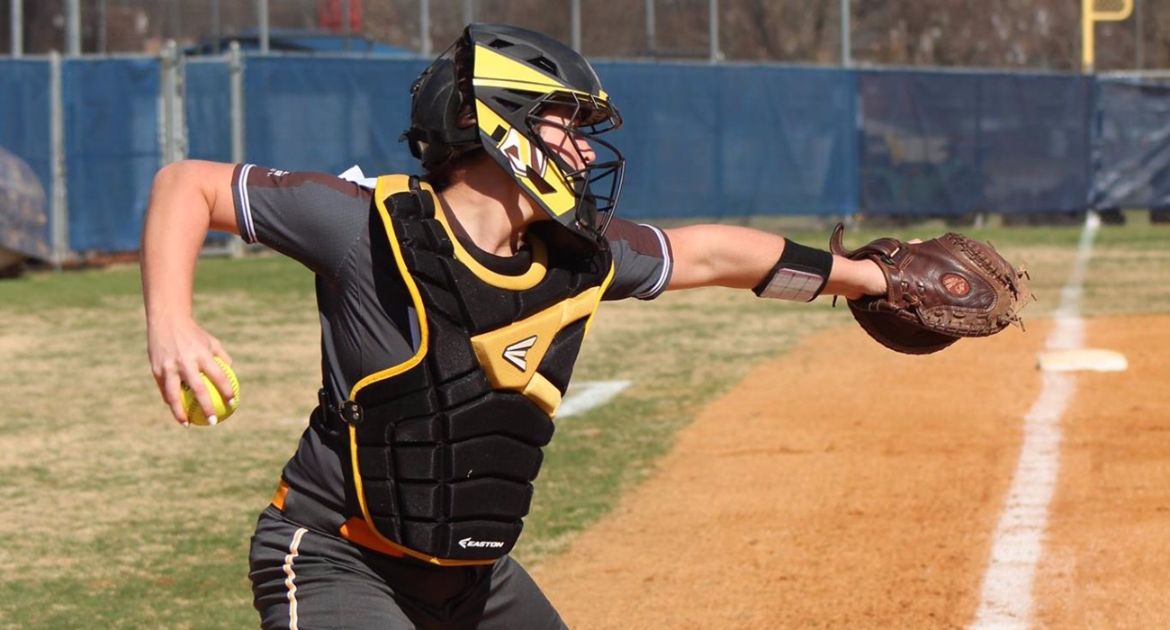 Jenna Stauffenberg picked up a pair of hits and threw out a runner attempting to steal in Sunday's win. (Carrie Stauffenberg)
Valparaiso at South Dakota State | March 19, 2017

The Valparaiso University softball team left Iowa City on a winning note Sunday afternoon, never trailing in taking down South Dakota State by a 3-1 final to improve to 12-6 on the season.

The Crusaders (12-6) are scheduled for one final non-league outing before starting Horizon League play, making the short trip to Chicago for a single game versus Loyola Wednesday at 3 p.m. The game can be seen live on ESPN3, WatchESPN and the ESPN app, with links for the live video and live stats available via ValpoAthletics.com.