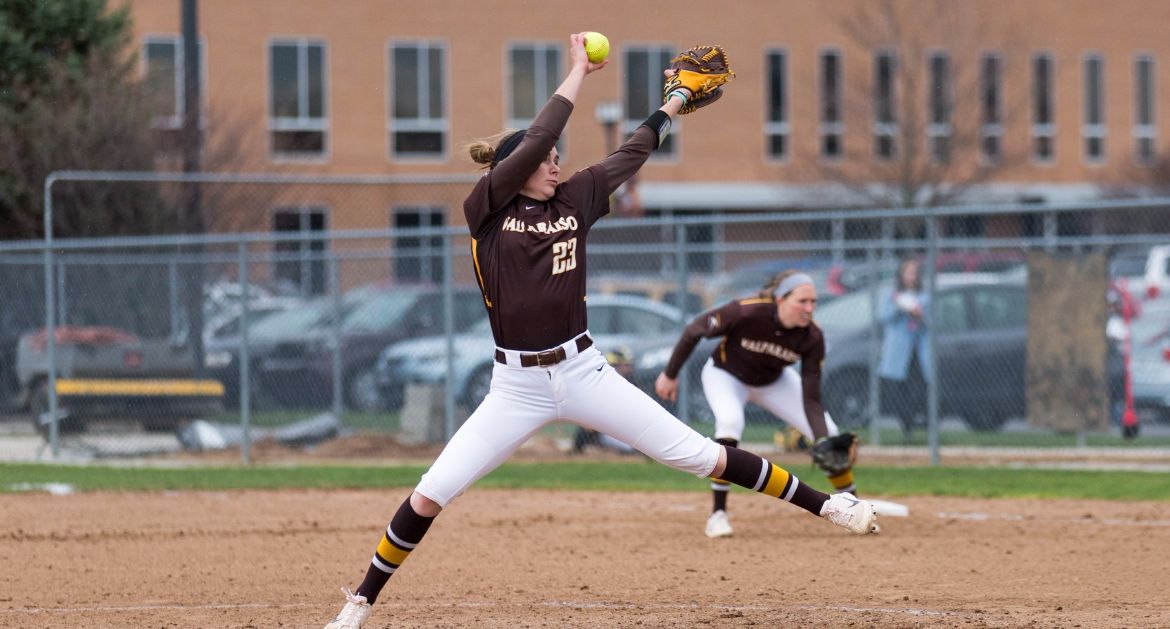 Once the rain finally cleared up Tuesday afternoon, the Valparaiso University softball team was able to get in a Horizon League doubleheader with Green Bay at the Valpo Softball Complex – a series which was originally scheduled to be played in Green Bay. The Phoenix walked off with a 4-3 win in the opener, but the Crusaders rebounded with an offensive outburst in the nightcap for a 13-2 victory and a doubleheader split.

“Give credit to Green Bay – they came out of the gate strong today, hit the ball well and put us on our heels a bit right away.”

“Looking back, I think that there were some coaching decisions that we made in the first game that were not necessarily the best choices. Some of the decisions put us in tough spots, and we might have done things differently given the chance to do so again.”

“There were some adjustments our hitters needed to make to adjust to Rossmann in their timing and their mechanics that we weren’t able to figure out during the first game. Our hitters really did a good job putting their struggles from the first game behind them, making the adjustments and coming out strong right away in game two.”

“I felt like we really built off each other’s success at the plate in the second game, and maintained momentum offensively throughout the game. Kenzie really threw a very good game for us, and I thought Lanie did well defensively in center field, playing a position where she’s never even practiced.”

“We talked about the need to do a better job shutting the door after the second game. Whether we’re up 13 runs or one run, we need to play a better defensive final inning than we did in that game.”

The Crusaders (18-10, 5-3 Horizon) are scheduled to close out the series with the Phoenix on Wednesday at noon from the Valpo Softball Complex. With inclement weather in the forecast, fans are encouraged to follow Valpo Athletics and Valpo Softball social media accounts for any updates regarding the rubber game.