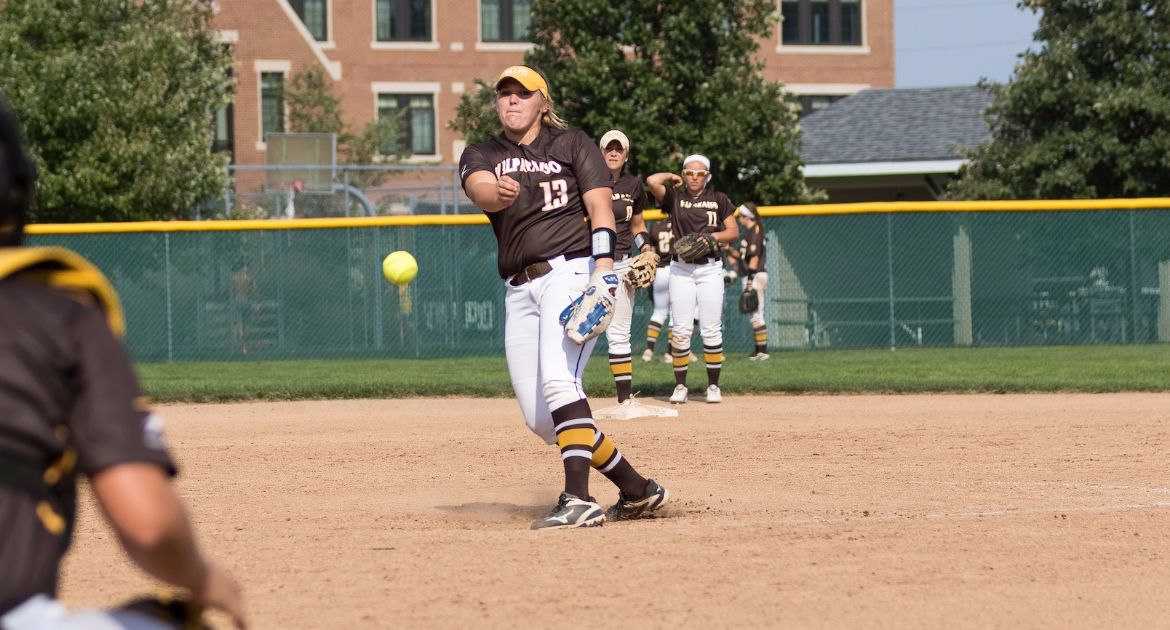 There were just two run-scoring blows on Tuesday afternoon at the Valpo Softball Complex, but unfortunately for the Valparaiso University softball team, both came off the bats of visiting UIC players, as the Flames handed the Crusaders a 6-0 loss in their Horizon League series opener.

“I thought our pitching, other than a couple of mistakes that UIC took full advantage of, was solid – if we pitch the same way tomorrow and adjust our approach at the plate hitting, we’ll be in a good place. I feel like we need our infield to take a step up – we had a few plays today, that while they might not have gone down as errors, were plays that we expect our infield – which is a very good group defensively – to make to help limit UIC’s chances.”

The Crusaders (19-11, 6-4 Horizon) conclude the three-game set with league-leading UIC on Wednesday afternoon at the Valpo Softball Complex with a 1 p.m. doubleheader. The games can be seen live on ESPN3, with all the live coverage links available via ValpoAthletics.com.