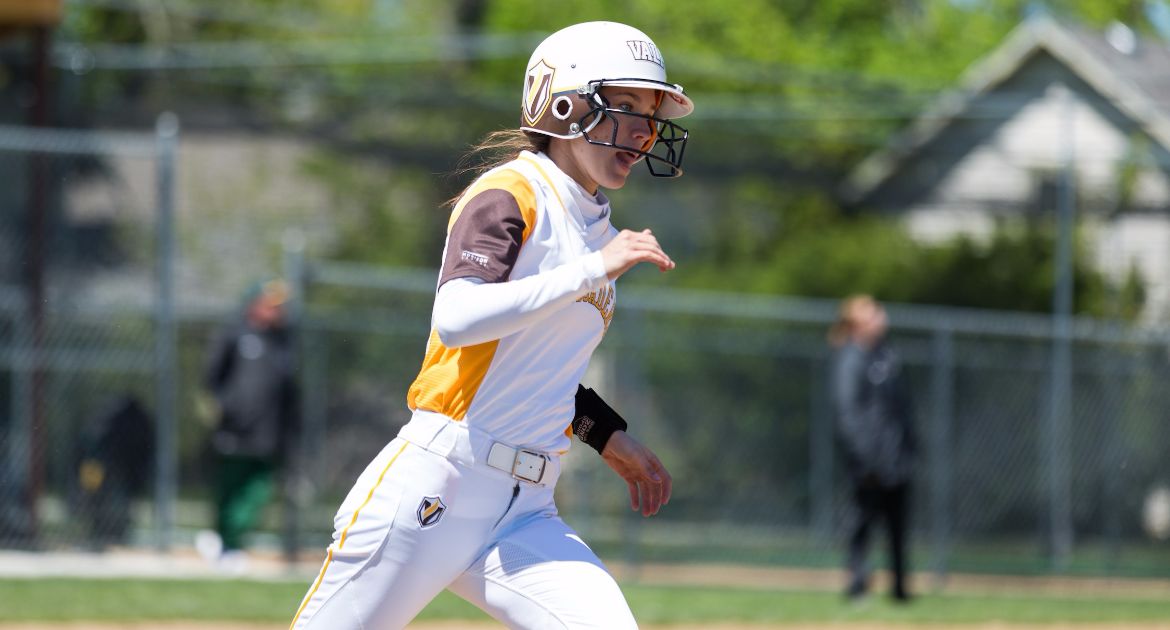 Contributions up and down the lineup and strong pitching performances were the perfect recipe for success Saturday afternoon for the Valparaiso University softball team, as the Crusaders came away with a road sweep of Missouri State in Springfield, 4-1 and 3-2.

“We didn’t play especially well last weekend to open conference, and that was frustrating, of course, as I think we all felt and believed we were prepared for that series. But the positive is it exposed some things that we were able to focus on specifically this week in order to sharpen back up, individually and as a team. I think we played more of our Valpo-brand of ball today...with it or on it. Everyone had fun today. Yes, winning helps that, but fun also helps winning, and I think we played looser and therefore better today.”

“Morgan had a great day in the nine spot. She knows her role in each at bat, she understands her strengths, and she’s a competitor. Jasmine is similar. So having those two at the bottom of the lineup really generates some great momentum as we roll it back over to the top. And the lineup one through nine all produced for us today — when we are producing in all spots of the lineup, we can be hard to throw against.”

“Kelsie set the tone of the first game right from the start, finding ways to step up and make pitches when the team needed her to. She did a good job keeping the Missouri State hitters off balance and feeding our defense.”

“Carly made every play we needed her to defensively today at second base, and her play coming to the plate in the third inning of game two was huge. It can be challenging as a middle infielder to handle a sharply-hit grounder when the infield is pulled in – she handled it flawlessly, and Jenna made a nice tag at the plate on the other end of the play. That was a key moment in the game, helping to stifle any possible momentum for Missouri State and prevent them from putting together a big inning.”

Valpo (14-11, 2-3 MVC) looks for a series sweep on Sunday morning in Springfield, as an 11 a.m. first pitch awaits the Crusaders for the series finale. The game can be seen live on The Valley on ESPN, while live stats are available as well.