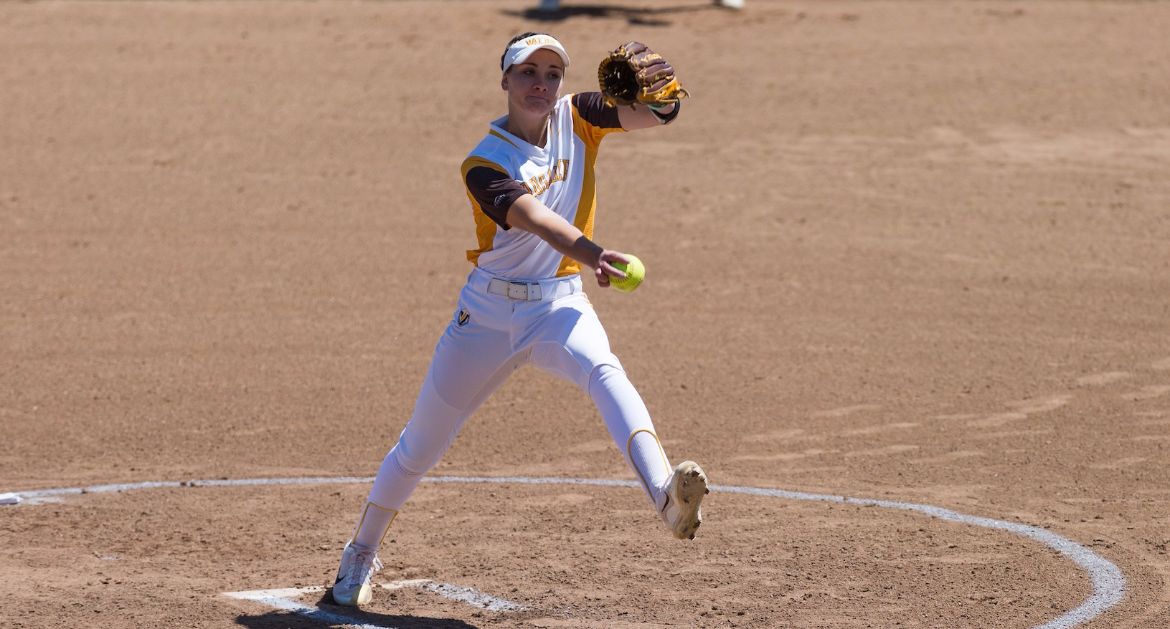 Next Up in Crusader Softball: The Valparaiso University softball team opens up the home schedule this weekend, as the Crusaders welcome Southern Illinois to the Valpo Softball Complex for the program’s first-ever MVC home series. The teams will play a doubleheader on Friday at noon before concluding the series with a single game Saturday at 11 a.m.

Following the Crusaders: Live stats for all three games this weekend will be available via ValpoAthletics.com. In addition, all three games of the series will have audio broadcasts online.

Head Coach Kate Stake: Kate Stake was hired as head coach of the Valparaiso softball program on July 23, 2014 and is in her fourth season as head coach, owning 76 victories. Stake led the Crusaders to the 2016 Horizon League Championship and a berth in the NCAA Tournament - the third in program history. Stake arrived at Valpo with eight seasons of assistant coaching experience at the Division I level, most recently serving as an assistant at mid-major power Hofstra.

Series Notes: This weekend marks just the second time in program history that the Crusaders have matched up with Southern Illinois on the softball field. The only previous meeting came in the 2005 season opener as part of the Southern Illinois Classic in Carbondale, a 6-0 SIU victory.

Scouting the Opposition: SIU enters the weekend at 18-11 overall and 3-2 in MVC play, most recently splitting a weather-shortened two-game series against Illinois State last weekend. Brianna Jones has been stellar in the circle for the Salukis this season, owning a 15-1 record and a 2.02 ERA while striking out 108 batters in 114.1 innings of work. Offensively, three players who have started every game are hitting .326 or better, led by Maddy Vermejan, who gets on base at a .514 clip and has scored 26 runs. Katelyn Massa has connected on six home runs and leads The Valley with 33 RBIs.

Finally Home: Valpo opens its home slate this weekend - the March 30 home opener being the second-latest home opener in the last decade (2014 - April 1). The Crusaders have finished .500 or better at home in eight of the last nine seasons. Of Valpo’s final 24 games of the season, 17 are scheduled to be played at the Valpo Softball Complex.

The Long, Winding Road: The Crusaders’ game at CMU on Wednesday concluded a stretch of 27 games in 47 days away from home to open the 2018 season. Valpo spanned all four continental time zones in the stretch, playing nine games on Eastern Time, seven games on Central Time, six games on Mountain Time and five games on Pacific Time.

Hitting Bombs: Junior Jaymee Lawton continued her strong season at the plate last weekend, going 4-for-8 with a pair of walks in the three-game series win at Missouri State. Included among her four hits was her ninth home run of the season, already tied for seventh-most in a single season in program history. Lawton, who remains on pace to challenge Valpo’s single-season record of 15 round-trippers, also moved into a tie for 10th place in career homers with 14 despite being in just her second season with the program. She currently ranks 23rd nationally in home runs/gam, leads The Valley in home runs, and also ranks second in the conference in total bases and slugging percentage and third in RBIs.

Crusader Firsts: A trio of Valpo players have recorded firsts over the past week of action. Junior Kelsie Packard picked up her first victory as a Crusader in the series opener at Missouri State last Friday, tossing a complete-game seven-hitter in Valpo’s 4-1 victory. On Wednesday at CMU, freshman Brittany Anderson knocked a bases-loaded single back up the middle to register the first two RBIs of her career. Later in the game against the Chippewas, freshman Addi Burke recorded her first extra-base hit in a Valpo uniform with a fifth-inning double.

1-2 Punch in the Circle: Senior Kenzie Grossmann and sophomore Emily Richardson have been a strong combo in the circle so far for the Crusaders this year. Grossmann and Richardson rank fourth (1.48) and fifth (1.92) in the conference in ERA, respectively. Grossmann also ranks third in wins (9), while Richardson is second in opponents’ batting average (.156) and third in saves (3). Grossmann picked up the win in the middle game of the series at Missouri State and owns a 2.02 ERA in four MVC starts so far. Richardson recorded the save in that game with three innings of no-hit relief work and has been stellar out of the bullpen this season when called upon mid-inning, stranding 16 of the 18 inherited runners she has dealt with.