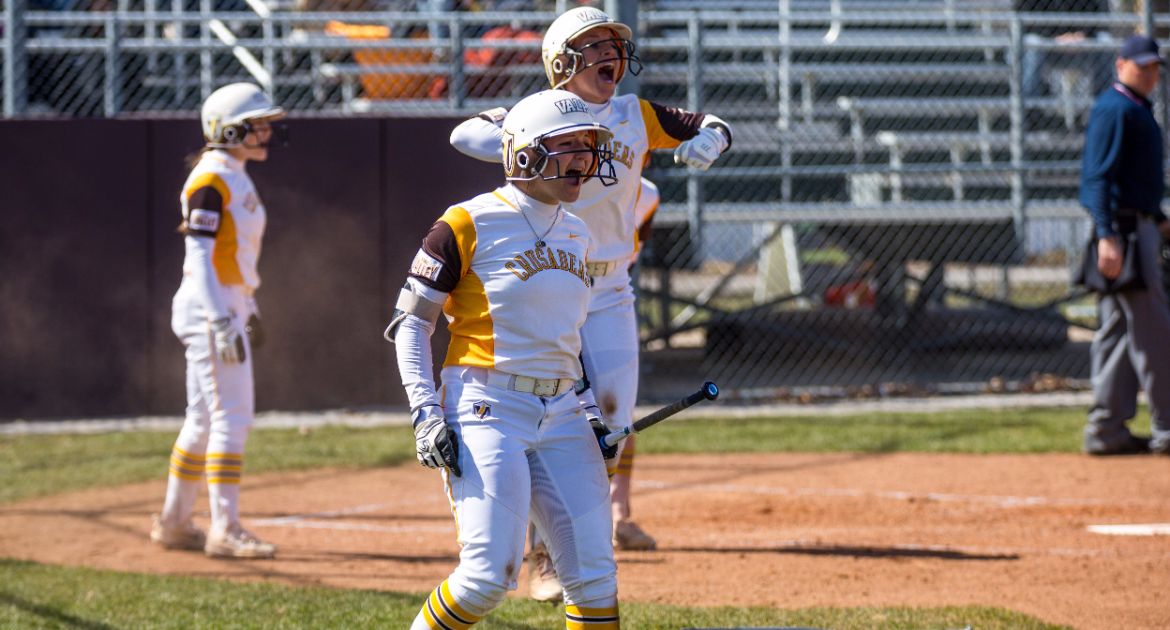 The Valparaiso University softball team opened its home slate at the Valpo Softball Complex Friday by splitting a pair of slugfests against Southern Illinois in MVC play. Sophomore Morgan Matalin (Crown Point, Ind./Crown Point) delivered the decisive blow with a sixth-inning home run for a 7-6 Valpo victory in the opener, while SIU rallied from a three-run deficit to deal the Crusaders a 9-6 defeat in the nightcap.

Valpo (15-14, 3-5 MVC) looks to conclude its three-game series with Southern Illinois tomorrow at 11 a.m., with live stats and audio available for the series finale. With potential inclement weather in the forecast, ValpoAthletics.com and the softball program’s social media accounts will have any updates on the game’s start time.