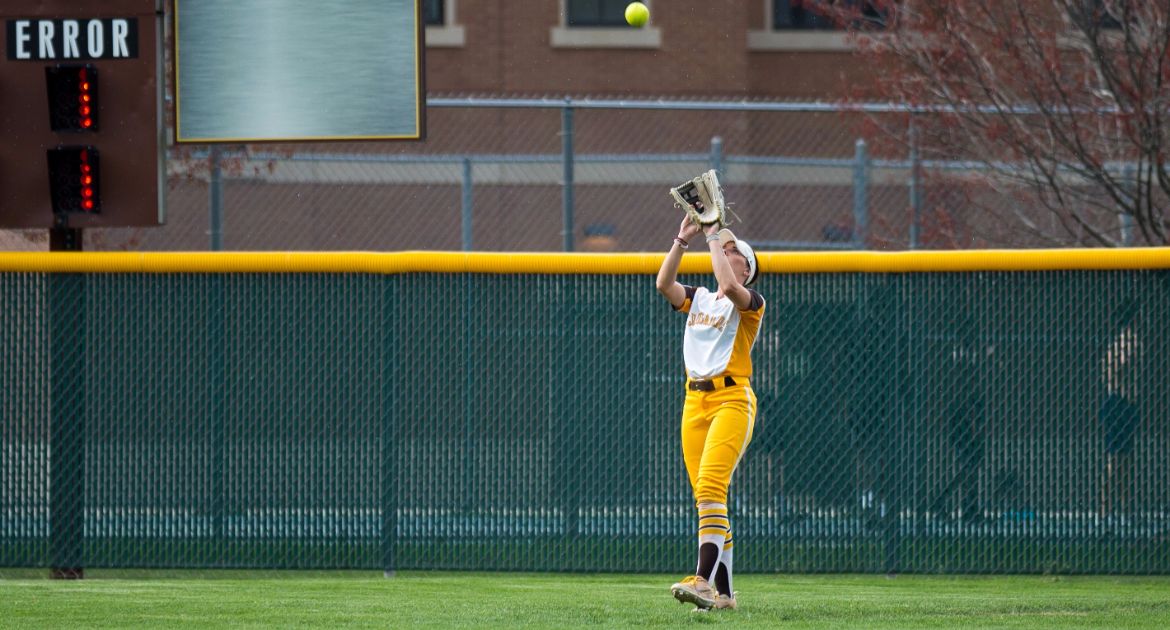 Next Up in Crusader Softball: The Valparaiso University softball team looks to not only secure a berth in the Missouri Valley Conference Tournament in its first season of MVC play, but also finish as high up the standings as possible, as the Crusaders conclude the regular season with a three-game series at Illinois State. Valpo enters the weekend with the potential to finish anywhere from third through ninth place in the final regular season standings.

Following the Crusaders: Live stats for all three games this weekend will be available via ValpoAthletics.com, while Saturday’s doubleheader can be seen live on The Valley on ESPN3.

Head Coach Kate Stake: Kate Stake was hired as head coach of the Valparaiso softball program on July 23, 2014 and is in her fourth season as head coach, owning 86 victories. Stake led the Crusaders to the 2016 Horizon League Championship and a berth in the NCAA Tournament - the third in program history. Stake arrived at Valpo with eight seasons of assistant coaching experience at the Division I level, most recently serving as an assistant at mid-major power Hofstra. This weekend marks a return to the alma mater for Stake, as she was a standout for Illinois State on the diamond from 2002 through 2005.

Series Notes: Despite being separated by just 2 1/2 hours, the Crusaders and Redbirds have met just twice in program history - at a tournament at Indiana State in March of 1995. Illinois State claimed both meetings at that tournament, 9-3 and 8-0.

Scouting the Opposition: Illinois State enters the weekend at 19-30 overall and with an identical 10-12 record in MVC play as the Crusaders. The Redbirds most recently dropped two of three last weekend at UNI and have lost seven of their last eight games. Riley Hale has led Illinois State in the plate in conference play, hitting .391 with a .524 on-base percentage. In the circle, Morgan Day is 5-3 with a 3.34 ERA and Sarah Finck 3-7 with a 4.88 ERA against MVC opponents.

Making the Tournament: The top eight in the MVC standings make the MVC Tournament next weekend at Drake, and the Crusaders are in good position to secure a spot in the field, needing just one win to do so. A single win by UNI (against Southern Illinois) or Evansville (against Bradley) would also put Valpo in the field of eight. Entering this weekend just one-half game out of third, the Crusaders could rise all the way to the third seed with a sweep of Illinois State and a 2-1 series split either way between UNI and SIU.

A New Journey: The Crusader softball program embarked on a new journey in 2018 as Valpo competes in the Missouri Valley Conference for the first time. The conference move presented a challenging slate for the Crusaders, as each of the other nine MVC programs finished last season with an RPI ranking of 181 or better, whereas Valpo’s league opposition last season featured just one program with an RPI ranking better than 181.

On a Roll: The Crusaders picked a good time for their longest winning streak within conference play since 2013, winning five consecutive games last week over Loyola and Bradley to leapfrog from last place in the MVC standings into a tie for fourth. With the win in the opener against NIU, Valpo extended its winning streak to six straight games before falling in the nightcap - the six-game winning streak the longest since winning seven in a row from March 30-April 3, 2013.

Packard Claims Pair of Honors: Junior Kelsie Packard became the first Crusader to earn weekly honors from the MVC on Monday, as she was named the MVC Pitcher and Newcomer of the Week after a tremendous three-start stretch the previous week. Packard tossed a pair of complete-game shutouts and went 3-0 with a 0.33 ERA, giving up just one run in 21 innings of work and striking out 27 batters while walking just six. She now is 4-3 with a 2.03 ERA in MVC action, striking out 67 hitters in 55 innings. On Wednesday against NIU, in the opener she recorded her 10th consecutive appearance of at least five strikeouts - a program record - before having the streak snapped in the nightcap.

Grossmann Good As Well: While she wasn’t Pitcher of the Week last week, senior Kenzie Grossmann has been as strong as ever recently. The senior has not allowed an earned run in her last three starts - including a complete-game win over Bradley last weekend - and has allowed 0 earned runs in seven of her 22 starts this year. Grossmann has lowered her season ERA to 1.63, which ranks third in the Valley and would be fifth-best in a single season in program history, and now owns 13 victories, just one shy of Valpo’s single-season top-10. Her 33 career wins ranks seventh in program history, while Grossmann moved into the career top-10 in strikeouts last week as well and is 10th all-time at Valpo with 203 K’s.

On the Charts: Grossmann is one of many Crusader seniors who are looking to close out their careers among Valpo’s top-10 all-time in various categories. Taylor Lawson swiped her 23rd base of the year on Wednesday - matching her single-season total from 2016, which is fifth-best in a season in program history - and now has 68 career stolen bases, third-most all-time at Valpo. Lawson also is sixth in Crusader history in runs scored (115) and seventh in hits (180). Meanwhile, a trio of seniors - Jasmine Ramirez, Brenna Boyle and Jenna Stauffenberg - are poised to finish their time at Valpo among the top-10 in career fielding percentage, while Ramirez also ranks sixth with 664 career putouts and Stauffenberg is just 14 putouts away from the top-10 in that category as well.

Trepanier Gets Going: Junior Carly Trepanier has swung a hot bat for the Crusaders over the last nine games. In that stretch, Trepanier is batting .517 with six runs scored and five RBIs, including four doubles and a pair of triples - giving her an MVC-best five triples on the season. She has picked up multiple hits in five of those nine games, including her second career four-hit contest.