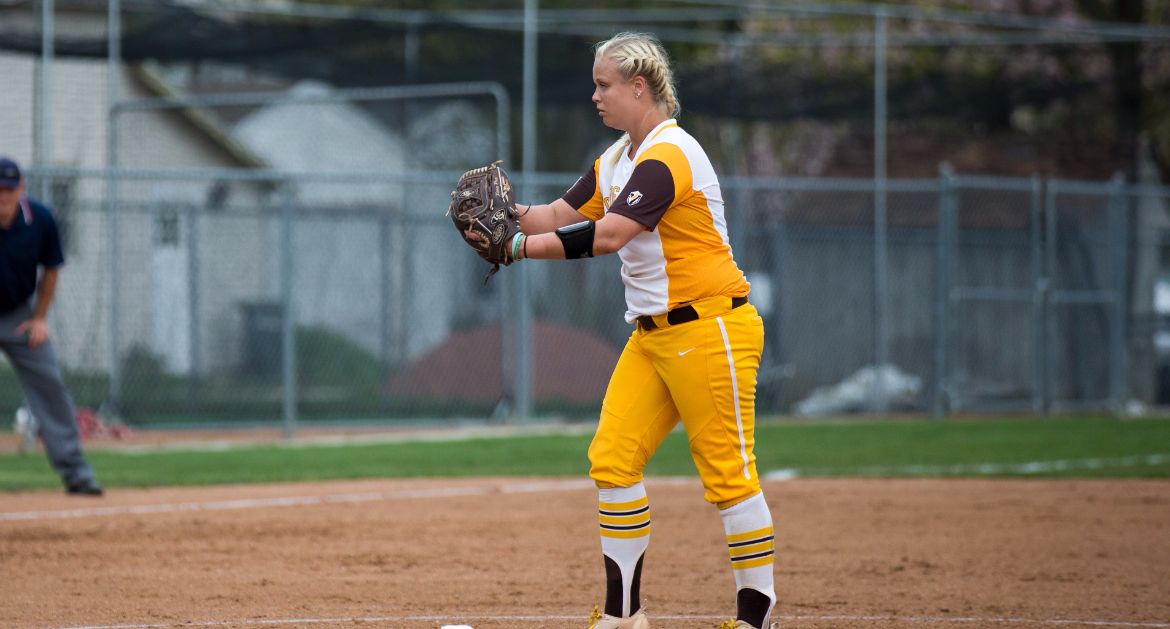 A one-hitter from junior Kelsie Packard (Beloit, Wis./Turner [Rock Valley College]) and a pair of big innings propelled the Valparaiso University softball team to a 9-0 run-rule victory in five innings over Illinois State in their series opener Saturday in Normal, Ill., a win which clinched the Crusaders’ berth in next week’s Missouri Valley Conference tournament. Valpo fell by a final score of 4-0 in the day’s second game.

“The Valley is a tough conference. And we are a tough team. We put ourselves in a hole early on, getting swept our first weekend, and it makes the battles we waged and won to get us a spot in this tournament even more impressive.”

“We were voted not to make the tournament in the preseason poll. Tomorrow, we have the opportunity to play in a game where the winner earns the fourth seed. It's a high-stakes game to get us ready for a higher-stakes tournament the next week -- I couldn't ask for a better game tomorrow to finish out our regular season than that.”

“Again, I am proud of this team for the way it competed through the ups and downs of these hard-fought conference games. The Valley is full of talent. So are we.”

Valpo (25-23, 11-13 MVC) closes out the regular season with the series finale from Illinois State Sunday morning at 11 a.m. Live stats will be available for the game.