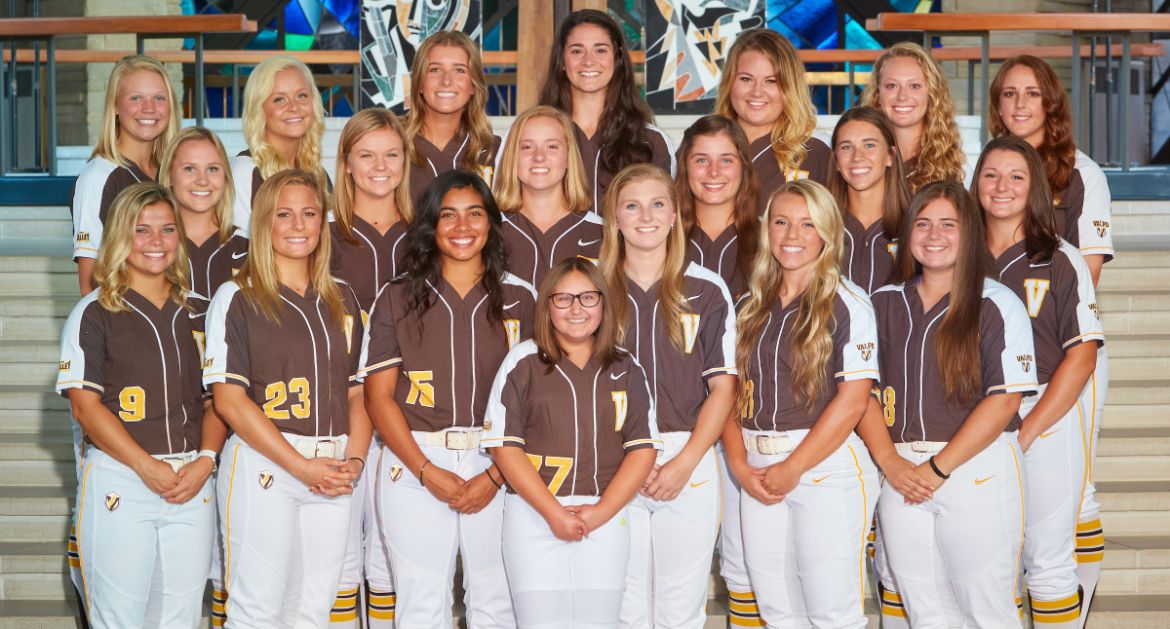 Coming off of a fourth-place finish in its first season in the Missouri Valley Conference, the Valparaiso University softball team has been picked to finish in sixth place in the MVC in 2019 in preseason polling of the conference’s head coaches.

Valpo tallied 53 points in the polling to finish in sixth position, just five points behind Illinois State for fifth place. Drake topped the poll with 99 points, including nine first-place votes.

Valpo exceeded the expectations of MVC coaches last year, going 27-24 overall and finishing in fourth place in conference play after being chosen ninth in the preseason poll. Valpo returns 11 letterwinners from last year’s squad, including five starting position players – all of whom ranked among the team’s top six batters in conference play. The Brown and Gold also return more than half its innings pitched in the circle, led by reigning MVC Newcomer of the Year Kelsie Packard. The program welcomes eight talented newcomers to the fold this year as well.

Valpo opens the 2019 campaign in just over a week, traveling to Starkville, Miss. for the Bulldog Kickoff Classic, hosted by Mississippi State. Stephen F. Austin and Middle Tennessee State round out the tournament field, and Valpo will face both of those teams on its first day of action, next Friday, Feb. 8.