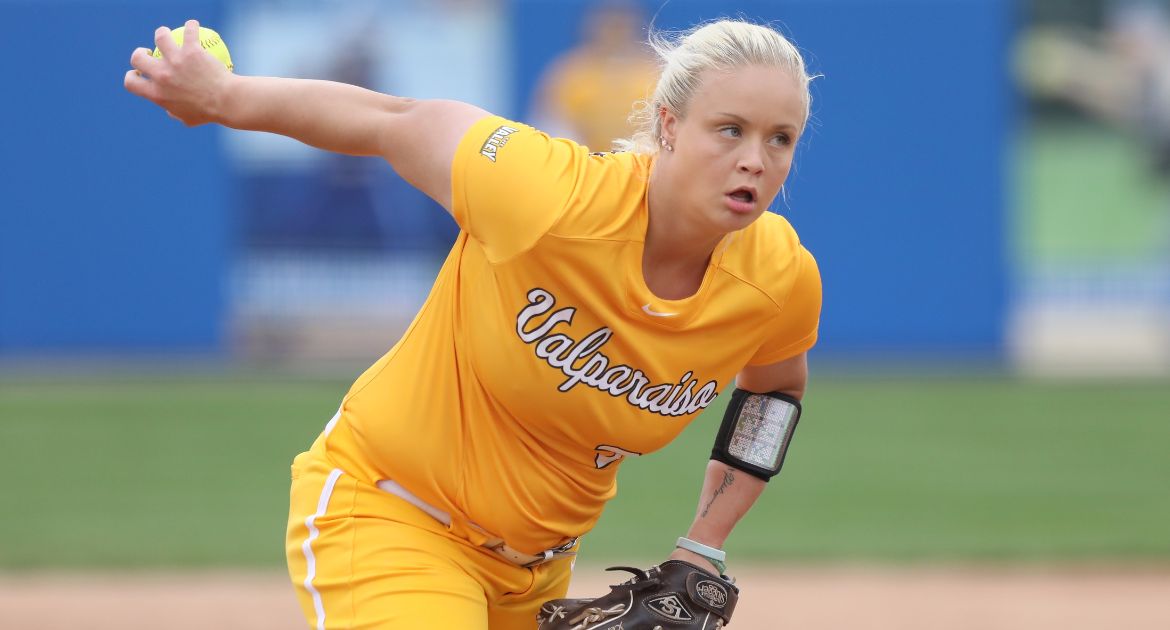 The Valparaiso University softball team left the Liberty Challenge in Lynchburg, Va. on a winning note Sunday afternoon, as junior Kelsie Packard (Beloit, Wis./Turner [Rock Valley College]) twirled a four-hit shutout and Valpo’s patience at the plate led to 10 walks in a 7-0 win over Princeton. Earlier in the day, Valpo fell by an 11-5 final score to Wright State.

How It Happened – Wright State

How It Happened – Princeton

Valpo (2-7) returns to the diamond next weekend at the Green and White Invitational in Charlotte, N.C. The three-day tournament starts on Friday, March 1 with games against Wagner and the College of Charleston.