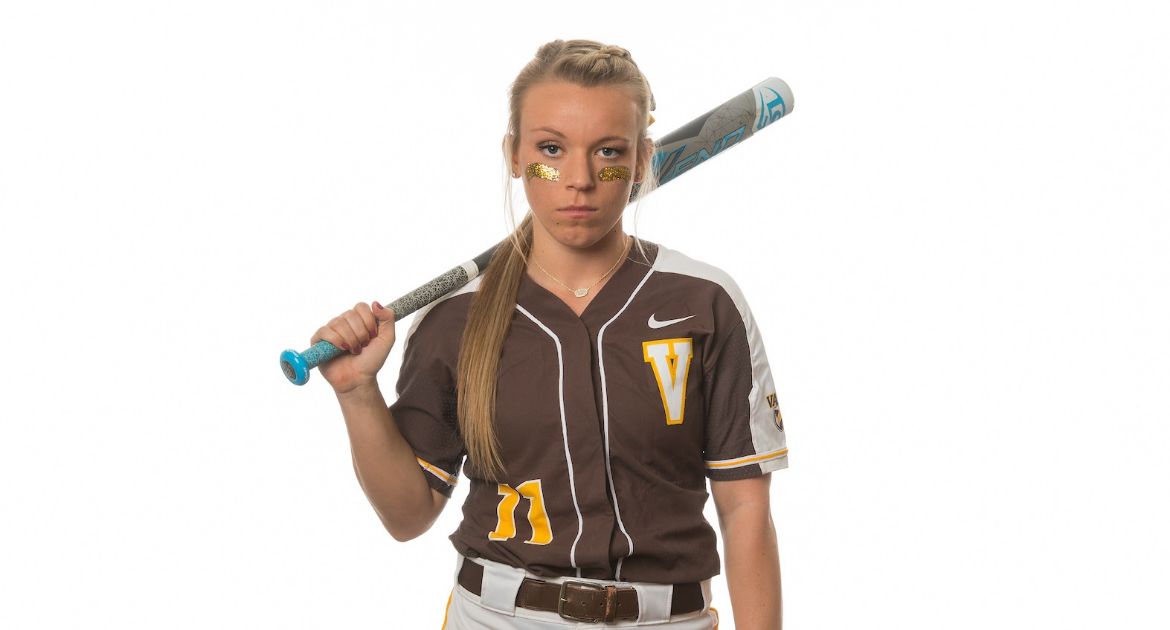 Next Up in Valpo Softball: The Valparaiso University softball team heads to the Tar Heel State to kick off its spring break slate. Valpo will play at Charlotte’s Green and White Invitational March 1-3, taking on Wagner and College of Charleston twice apiece in addition to the host 49ers, before heading northeast to play a single game at North Carolina State on March 5.

Previously: Valpo posted a 2-2 record last weekend at the Liberty Challenge, earning wins over Delaware State and Princeton while falling to Bucknell and Wright State. Valpo’s scheduled contest with the host Flames was cancelled due to inclement weather.

Looking Ahead: Valpo will close out the pre-conference schedule March 9-10 at Lipscomb’s Lady Bison Classic.

Following Valpo Softball: All six games this week will have live stats available via ValpoAthletics.com. The game at Charlotte against the host 49ers will have live video available through Charlotte, while the NC State game will be live on ACC Network Extra.

Head Coach Kate Stake: Kate Stake was hired as head coach of the Valparaiso softball program on July 23, 2014 and enters her fifth season as head coach in 2019. Stake, who is 91-123 at Valpo, led the Crusaders to the 2016 Horizon League Championship and a berth in the NCAA Tournament - the third in program history. Stake arrived at Valpo with eight seasons of assistant coaching experience at the Division I level, most recently serving as an assistant at mid-major power Hofstra. She played her collegiate softball at fellow MVC member Illinois State and is a 2005 graduate of ISU.

Series Notes: This will mark Valpo’s first all-time matchups with College of Charleston, Charlotte and NC State. Valpo is 2-0 all-time against Wagner, with wins coming in March of 1998 and 2011.

Offense Breaks Out: After being limited to just eight runs over five games on its first weekend of action, Valpo’s offense produced to the tune of 25 runs over its four games at Liberty last weekend. Included in that was a 12-run performance in the run-rule win over Delaware State, Valpo’s best offensive output since a 13-2 win over Green Bay on Apr. 4, 2017.

Carly Cracks Chart: Leading the offense throughout her four-year career has been senior second baseman Carly Trepanier, and last weekend, she moved into the top-10 in program history in career hits. Trepanier picked up her 165th career base knock against Wright State on Sunday, tying her with Kari Wiseman for 10th all-time at Valpo in the category, just five hits shy of ninth. It’s the fourth placement on a top-10 chart for Trepanier, who also ranks fourth in triples (9), sixth in batting average (.325) and seventh in on-base percentage (.394).

Crossing the Plate: Leading the way as Valpo scored 25 runs last weekend was sophomore Brittany Anderson. Anderson, who had scored just nine runs in her first 40 games in a Valpo uniform entering last weekend, scored six runs over the four games, crossing the plate at least once in all four contests. She also registered the first two stolen bases of her career and continued to play errorless softball in the field.

Rounding the Bases: Freshman Jaina Westphal showcased her speed right away as she opened her Valpo career, stealing four bases in her first six collegiate games. But Westphal showed off the wheels in a different way against Wright State, as she led off the third inning against the Raiders with an inside-the-park home run to straightaway center field. It was Valpo’s first inside-the-park home run since 2012.

Leader of the Pack: Reigning MVC Newcomer of the Year Kelsie Packard had a strong second weekend of the season last weekend at Liberty. In three appearances, Packard posted a 1.14 ERA and surrendered just 10 hits in 12.1 innings of work while striking out 16 batters. She earned the win in relief against Delaware State, and came back in Valpo’s tournament finale with a four-hit shutout of Princeton. The shutout was the fifth of Packard’s Valpo career out of 19 career starts.