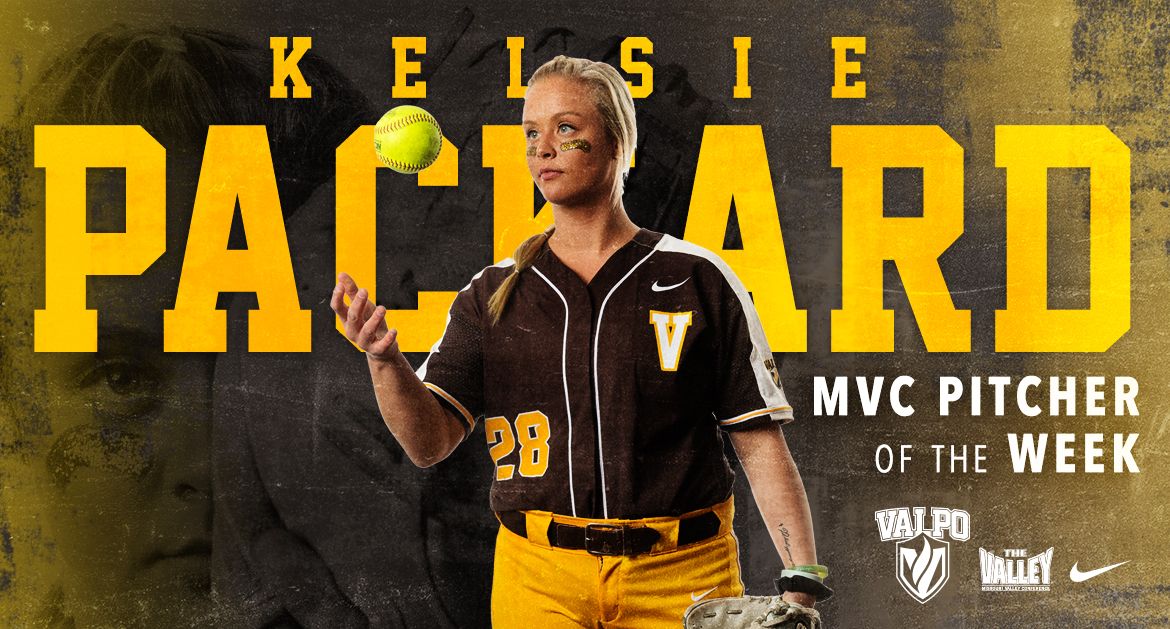 Packard started her week with a strong relief effort at NC State in Valpo’s third win over an ACC program all-time. The junior entered with two on and nobody out in the third inning of the eventual win and escaped the jam without a run scoring. She would go the remainder of the way against a Wolfpack team which entered the game averaging more than five runs per game and leading the nation in home runs per game, throwing five shutout innings, striking out six and giving up just three hits.

Packard followed up her winning effort against the Wolfpack with a strong performance against a Lipscomb squad Sunday which finished 54th in RPI last season. Packard pitched a career-high 10 innings and gave up just one run on four hits while striking out nine. The junior pitched three innings of international tiebreak softball without surrendering a run, allowing Valpo to pick up the 2-1 win in the 10th inning.

For the week, Packard posted a 0.47 ERA in 15 innings of work while striking out 15 and allowing opponents to hit just .137 against her. With the pair of wins, she is now 6-4 on the season. She has now given up one run or fewer in six of her last seven appearances, including five starts, and is 5-0 with a save over that stretch and has seen her ERA drop from 4.48 to 2.29.