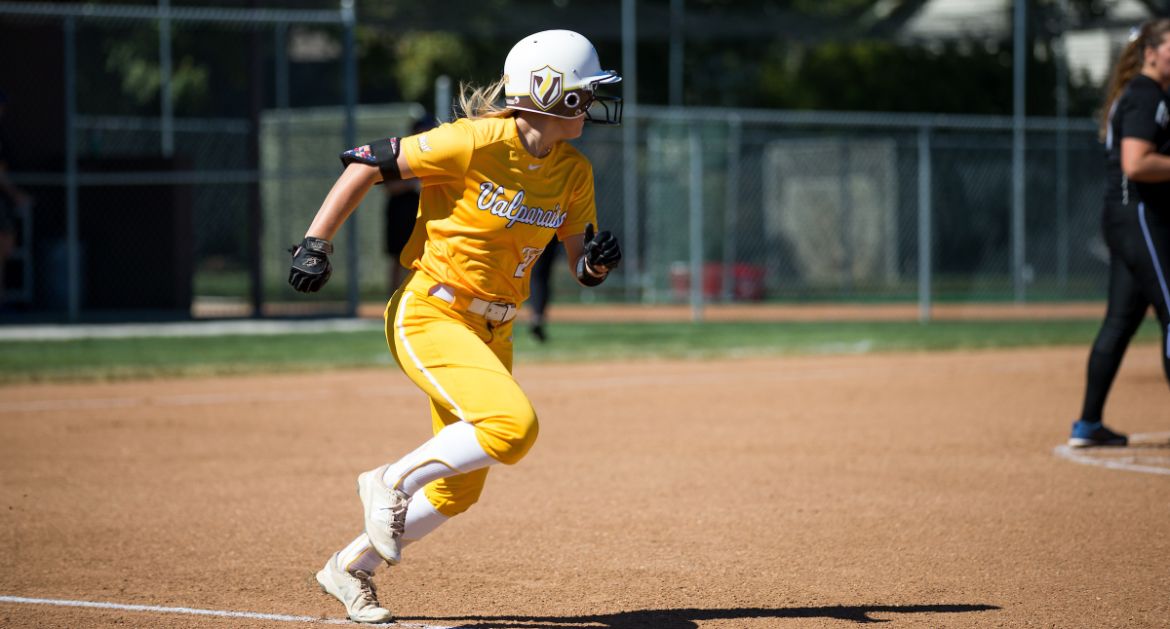 Peyton Moeder drove in three runs, recorded a pair of hits and stole a base in Sunday's win.
Valparaiso at Bradley | March 17, 2019

The Valparaiso University softball team finished out its opening MVC series with a win on Sunday afternoon, as it never trailed in a 5-3 victory at Bradley. Freshman Peyton Moeder (Shawnee, Kan./Mill Valley) led the way at the plate in the win, driving in three runs and reaching base all four times she came to bat.

Valpo (9-10, 1-2 MVC) is currently scheduled to open its home slate on Wednesday with a doubleheader against Central Michigan. Updates will be available at ValpoAthletics.com and on Valpo Softball social media regarding whether the games will be played as scheduled.