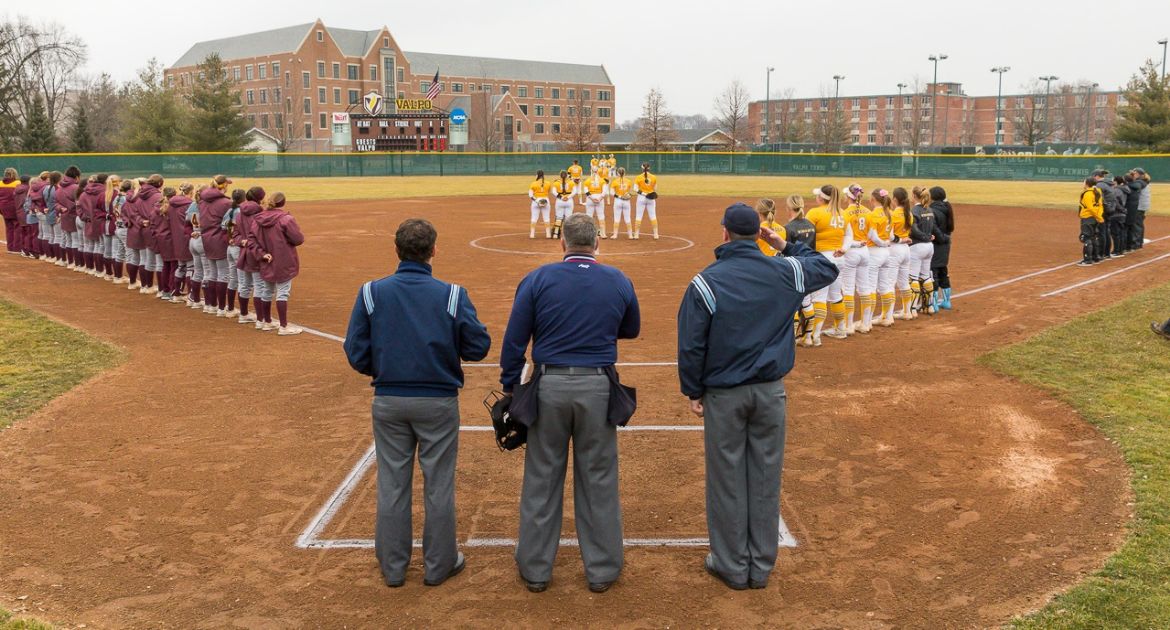 The national anthem, before the game that didn't happen.

The Valparaiso University softball team’s home opener will have to wait for another day, as its doubleheader Wednesday at the Valpo Softball Complex against Central Michigan was canceled. The games will not be made up.

The originally scheduled twinbill was knocked down to a single game prior to first pitch, which was moved back over an hour.

Through two scoreless innings, senior Carly Trepanier (Manteno, Ill./Manteno) and sophomore Addi Burke (Mesquite, Texas/John Horn) had picked up base hits for Valpo, while three Valpo fans had received prizes thanks to strikeouts in the circle from junior Kelsie Packard (Beloit, Wis./Turner [Rock Valley College]). Following the second inning, the umpires ruled the landing area for the pitchers in the circle was unplayable and called the game.

Valpo (9-10, 1-2 MVC) returns to action this weekend at Southern Illinois as Valley play continues. All three games of the series are slated for broadcast on ESPN+.