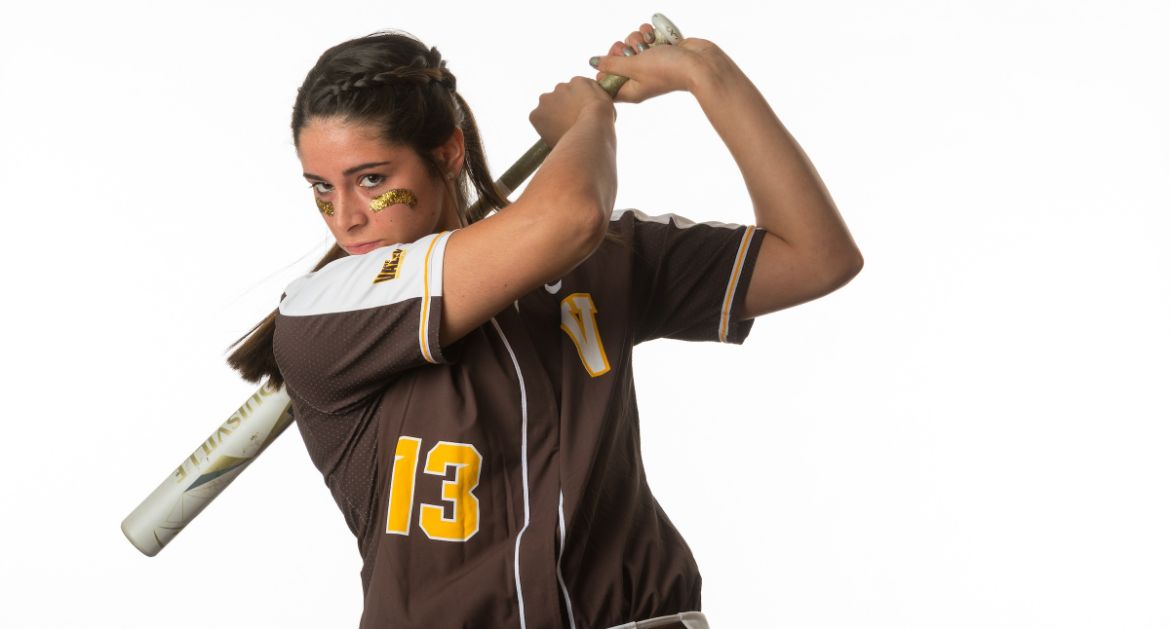 Next Up in Valpo Softball: The Valparaiso University softball team hosts its first MVC home series of the season this weekend, welcoming Missouri State to the Valpo Softball Complex. Due to forecasted inclement weather for Saturday, the series has been shifted to one game on Sunday and two games on Monday.

Previously: Valpo was swept in a three-game MVC series last weekend at Southern Illinois. The Brown and Gold bounced back in mid-week action, however, winning their home opener over IUPUI, 4-1.

Looking Ahead: A brief step out of Valley play is on the docket for Wednesday, as Valpo heads to UIC for a single mid-week game. Valpo then returns home to host defending MVC champion Drake next weekend.

Following Valpo Softball: All three games this weekend will have live stats available via ValpoAthletics.com, while the Sunday game and the nightcap on Monday are scheduled to have live audio broadcasts on WVUR.

Head Coach Kate Stake: Kate Stake was hired as head coach of the Valparaiso softball program on July 23, 2014 and is in her fifth season as head coach in 2019. Stake, who is 99-129 at Valpo, led the Crusaders to the 2016 Horizon League Championship and a berth in the NCAA Tournament - the third in program history. Stake arrived at Valpo with eight seasons of assistant coaching experience at the Division I level, most recently serving as an assistant at mid-major power Hofstra. She played her collegiate softball at fellow MVC member Illinois State and is a 2005 graduate of ISU.

Series Notes: There is little series history between Valpo and Missouri State, as the two teams met just twice all-time prior to last year in Valpo’s first year in the MVC. Valpo holds a 3-2 advantage over the Bears and claimed the series win in Springfield last year in the first meeting as Valley opponents, taking two out of three games. Jaymee Lawton went 4-for-8 with two walks at the plate in that series, while Kelsie Packard earned a complete-game win in the middle game.

Scouting the Opposition: The Bears enter the series at 19-11 overall and sit at 5-3 in MVC action after dropping two of three last weekend against UNI. Senior Kyana Mason hits a team-best .419 and has scored a team-high 20 runs, while sophomores Steffany Dickerson and Daphne Plummer have each driven in 14 runs. Dickerson is also the leader in the circle for MSU, entering the weekend with a 12-4 record and a 1.85 ERA.

Finally Playing at Home: This weekend brings Valpo’s first home MVC series of the season after starting the conference slate with consecutive road series. After a March 20 doubleheader against Central Michigan got cancelled, Valpo finally opened at home this past Wednesday with a 4-1 win over IUPUI - the fourth consecutive year Valpo has won its home opener.

We’re Playing on Monday?: Because of the forecasted weather, this weekend’s series was shifted back to Sunday/Monday, which will result in the rare sight of Valpo playing on Monday. Dating back to 2010, Valpo has played just two games on Monday - the last of which came on March 9, 2015 at Colorado State.

Look at the Ratings: Valpo’s front end of the MVC slate is loaded, as the four MVC teams which currently reside in the top-100 in the Masssy ratings account for the Crusaders’ first four Valley series of the season. Meanwhile, in last Monday’s NCAA RPI release, Valpo came in at 191, while as a conference, the MVC boasted six top-100 teams and ranked ninth - three spots higher than its 12th-place finish a year ago. For comparison, the Horizon League was 28th in 2017 in Valpo’s final season as a league member.

It Takes Three (or Fewer): It seems overly simplistic, but limiting opponents’ run production has been the key to Valpo’s wins this season. In all 10 of its victories, Valpo’s opponent has scored two runs or fewer - including five shutouts. Meanwhile, Valpo has lost all 13 games when it gives up four or more runs.

Carly Raking at Home: In each of her first three seasons, senior second baseman Carly Trepanier has led the Valpo offense at the Valpo Softball Complex, pacing the Brown and Gold in batting average - including a .408 average at home last season. In the home opener Wednesday, Trepanier went 2-for-3 with a walk and two runs scored. Her first hit came just two pitches into the bottom of the first, a solo homer to right-center - Valpo’s first leadoff homer in the first inning since Trepanier went deep to lead off for the Crusaders on May 7, 2016 in an eventual win at Wright State: a victory which clinched a Horizon League Tournament berth, which Valpo eventually converted into a tournament title.

Crazy Eights: Redshirt junior Kelsie Packard has already matched her win total from last season, picking up her eighth victory of the season in mid-week action against IUPUI with five innings of two-hit ball. In fact, at this same date last year in her first season at Valpo, Packard owned just one victory in the circle. With five strikeouts in the win over the Jaguars, Packard now has 195 career strikeouts - just 13 shy of cracking Valpo’s career top-10 chart in the category.

Just Wear It: The seventh inning of the series finale at Southern Illinois last Sunday was an inning unlike any other in Valpo softball history. While the comeback effort against the Salukis came up short, the inning was notable in that four different Valpo batters - Jaymee Lawton, Addi Burke, Emily Richardson and Peyton Moeder - were hit by pitches during the inning. The four hit batters matched a Valpo single-game record, and obviously set a single-inning record as well, as all four came in a seven-batter stretch.