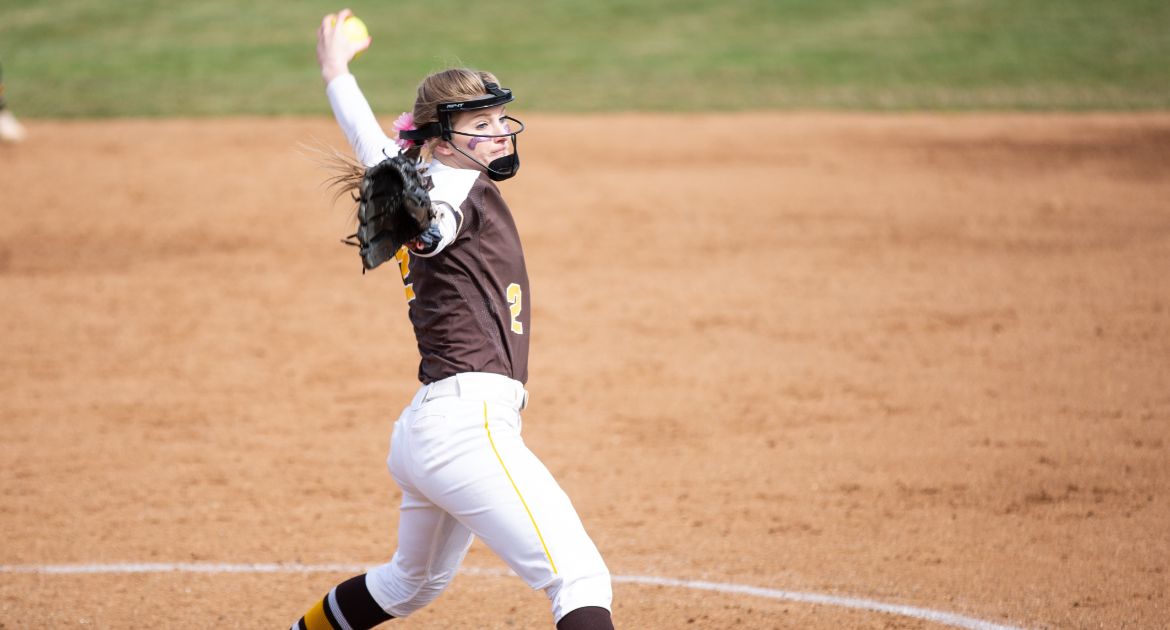 Valpo junior pitcher Jenna Edwards (Winchester, Ky./George Rogers Clark [Chattanooga State C.C.]) threw a gem in the nightcap against defending MVC champion Drake Saturday at the Valpo Softball Complex, but in the end, a single run by the Bulldogs in the seventh inning was the decisive tally as Valpo fell, 1-0. Drake won the opener Saturday as well, 10-0, as Bulldog senior Nicole Newman threw a perfect game in the opener before finishing out a combined no-hitter in the day’s second game.

Valpo (12-16, 2-8 MVC) is scheduled to close out the series with the Bulldogs with an 11 a.m. game on Sunday at the Valpo Softball Complex.