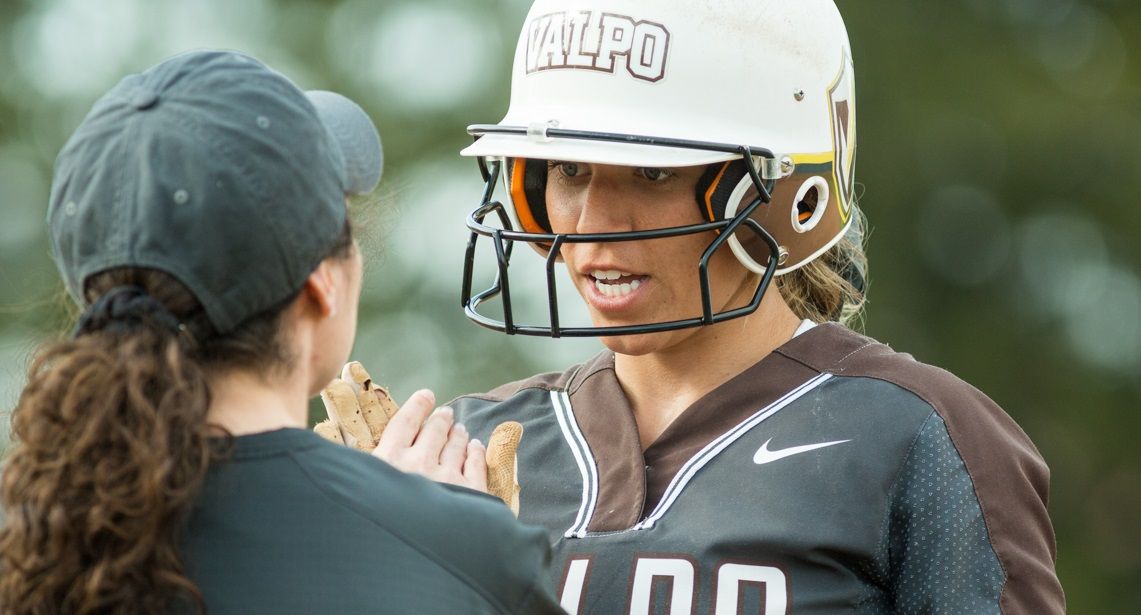 When senior Carly Trepanier (Manteno, Ill./Manteno) stepped to the plate in the bottom of the seventh inning Wednesday afternoon at the Valpo Softball Complex, the pressure was off. After all, how could a two-out, bases loaded at-bat trailing by one faze Trepanier when earlier in the day, she had passed the nursing NCLEx prep test required for graduation?

So even after falling behind in the count 0-2, Trepanier stayed calm. After watching two balls go by, the senior lined a 2-2 pitch through the left side of the infield to plate the tying and game-winning runs as Valpo rallied for a 4-3 walk-off win Wednesday over Western Michigan in non-conference action.

Valpo (13-22) continues a five-game homestand as it hosts Indiana State in MVC play this weekend. The three-game series has been adjusted to start on Friday with a single game at 2 p.m.