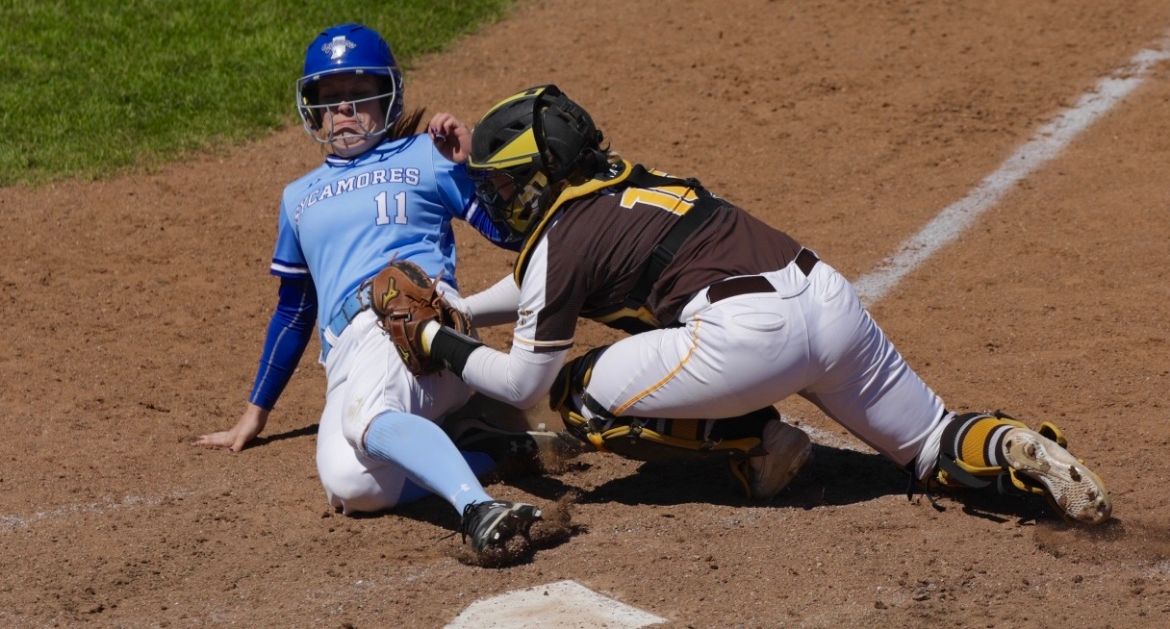 This time, the heroics came in the sixth inning rather than the seventh, but that was about the only difference in yet another late-game come-from-behind win for Valpo Softball, as senior Jaymee Lawton (Goodyear, Ariz./Desert Edge [Utah Valley]) delivered her second three-run double of the game in the sixth inning of Saturday’s doubleheader opener against Indiana State to give Valpo a 7-5 win and secure the series victory. The Sycamores scored six runs in the first inning of the nightcap on their way to a 9-1 win in the finale.