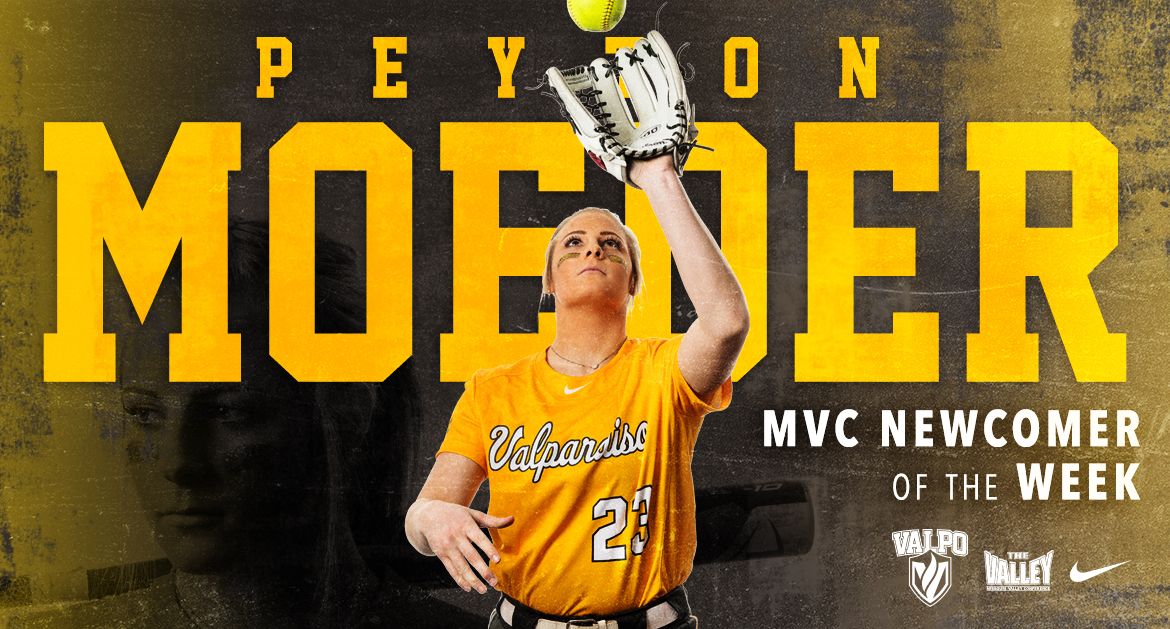 Moeder hit .533 out of the leadoff spot in helping Valpo to a 3-1 record last week, going 8-for-15 at the plate with four runs scored. She recorded hits in all four games last week in extending her on-base streak to a season-best seven games.

Moeder became the first Valpo player with a three-hit game this year, doing so in each of the first two games of the series with Indiana State, both wins. She also scored a Valpo season-high three runs in the series-opening win against the Sycamores, including the game-tying run. In the middle game of the series, she drove in a run in the bottom of the 6th with an RBI single to cut Valpo's deficit to one, and was the lead runner on the game-deciding three-run double.

Moeder is the second Valpo freshman to earn MVC Newcomer of the Week honors this year, joining fellow outfielder Jaina Westphal. Moeder and the rest of the team return to action Wednesday afternoon at the Valpo Softball Complex for a 3 p.m. game against Loyola.