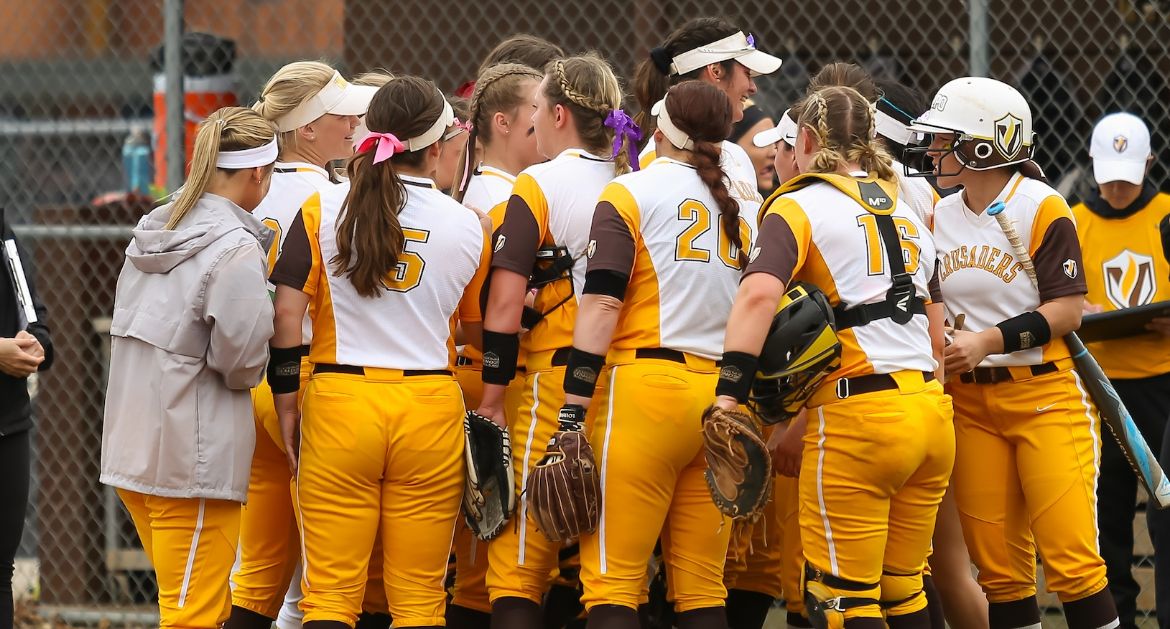 Next Up in Valpo Softball: Valpo heads to the 2019 MVC Tournament this week in Peoria, Ill. As the tenth seed, Valpo opens tournament play against seventh-seeded Evansville on Wednesday evening. The Brown and Gold will have to win five games in a row in the single-elimination bracket to claim the tournament title.

Previously: Despite two strong pitching performances from junior Jenna Edwards and another from freshman Taylor Knight, Valpo dropped all three games of its final regular season series to Illinois State last weekend at home, falling by final scores of 1-0, 6-4 and 1-0.

Following Valpo Softball: Every game from the 2019 MVC Tournament will be broadcast live on ESPN+, with R.C. McBride and Laura Leonard on the call. Live stats for all Valpo’s tournament games will also be available via ValpoAthletics.com.

Head Coach Kate Stake: Kate Stake was hired as head coach of the Valparaiso softball program on July 23, 2014 and is in her fifth season as head coach in 2019. Stake, who is 104-146 at Valpo, led the Crusaders to the 2016 Horizon League Championship and a berth in the NCAA Tournament - the third in program history. Stake arrived at Valpo with eight seasons of assistant coaching experience at the Division I level, most recently serving as an assistant at mid-major power Hofstra. She played her collegiate softball at fellow MVC member Illinois State and is a 2005 graduate of ISU.

Edwards Ends Strong: Junior pitcher Jenna Edwards put together perhaps her two best outings of the year in the final weekend of the regular season, resulting in her earning MVC Newcomer of the Week honors. Edwards got the start in the circle in the series opener against Illinois State, who entered the final series of the year averaging nearly six runs/game in conference play, and tossed a gem, surrendering just one run on three hits while striking out 10 Redbird batters. Edwards matched her season high for strikeouts, and also tied her season low for hits allowed in a start. She then started the series finale and was nearly as strong, giving up one run while scattering six hits and striking out seven. For the week, she posted a 1.00 ERA in 14 innings of work, striking out 17 batters and allowing Illinois State to hit just .180 off of her.

Raking in Hardware: Edwards became the fourth Crusader to earn a weekly honor from the MVC office this year. Freshman Peyton Moeder was named Newcomer of the Week April 22 after going 8-for-15 with four runs scored over four games the previous week. Freshman Jaina Westphal was the April 1 Newcomer of the Week following a homer against IUPUI the previous week. Junior Kelsie Packard earned Pitcher of the Week honors March 11 after earning wins over NC State and Lipscomb, posting a 0.47 ERA in 15 innings of work while striking out 15.

Tough-Luck Losses: Edwards was the tough-luck loser in the circle in two 1-0 decisions against the Redbirds last weekend despite throwing two of her best games of the season. Edwards allowed just one run in three of her complete-game efforts in MVC play this year, but went 0-3 in those games. Meanwhile, Valpo lost multiple games in the same series by a 1-0 final for the first time since April 13 and 14, 2001, when the Crusaders dropped 1-0 decisions in consecutive games to Western Illinois.

Knight Strong as Well: Edwards wasn’t the only Crusader pitcher with perhaps her best effort of the year to close the regular season, as freshman Taylor Knight delivered a strong performance in the circle against Illinois State in the middle game of the series. Knight needed exactly 100 pitches to toss 6.2 innings, surrendering just three runs – only two of which were earned – while scattering seven hits and walking just one.

Celebrating the Seniors: Valpo’s two-member senior class of Carly Trepanier and Jaymee Lawton were honored Saturday on Senior Day prior to their final home games. Trepanier is one of the best players in program history, ranking fourth all-time at Valpo in triples, sixth in hits, sixth in total bases, seventh in on-base percentage, ninth in batting average, ninth in walks and tenth in total bases. Meanwhile, Lawton in just three years ranks eighth all-time at Valpo with 21 career homers, as well as 10th in both career slugging percentage and walks, as well as eighth in assists.

A Freshman Shall Lead Them: Freshman Jaina Westphal finds herself in a position to potentially lead Valpo in batting average as a freshman, something that only two Crusader rookies have accomplished in the last 18 seasons. Current senior Carly Trepanier paced Valpo in average in her freshman year in 2016, while four-year standout Sara Strickland led Valpo in batting average as a rookie in 2009 to kick off a career which she ended as the program’s career leader in hits, runs scored and doubles.