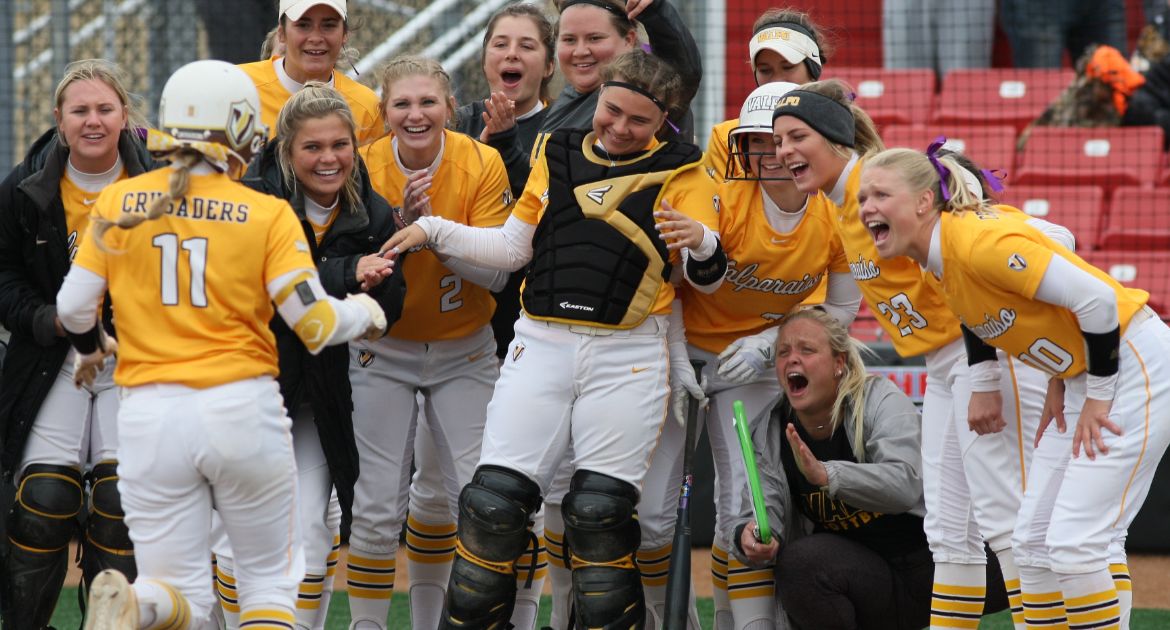 Carly Trepanier completes her home run trot in the sixth inning Thursday as her teammates wait at home plate. (Dennis Banks)
Valparaiso at Illinois State | May 09, 2019 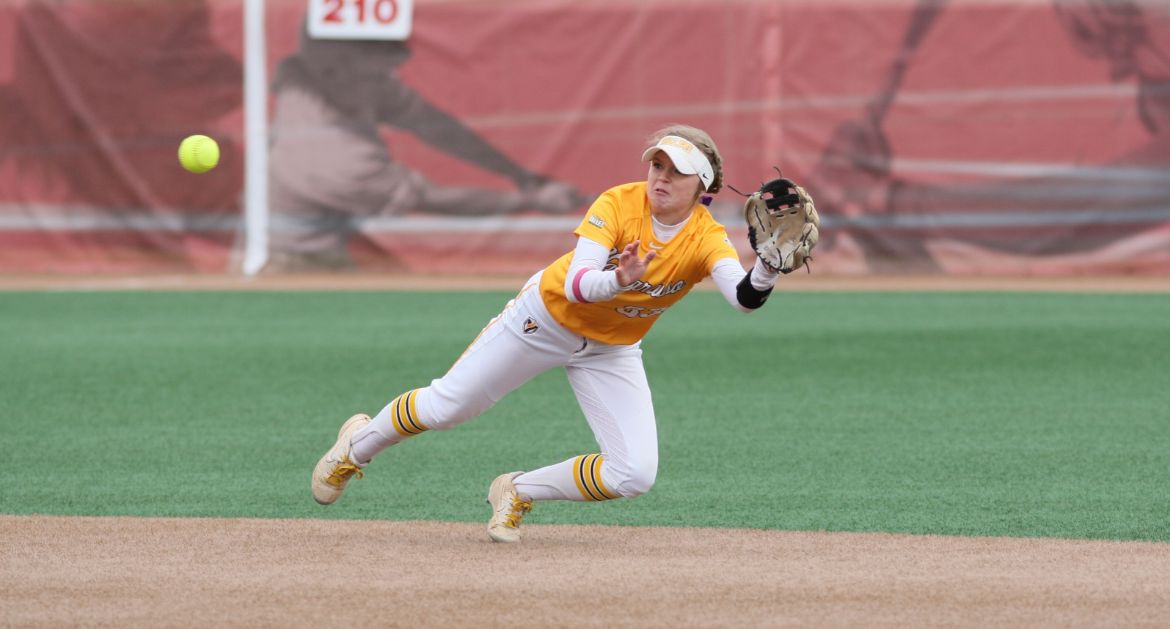 Taylor Herschbach lays out for a diving catch in the bottom of the sixth Thursday. (Dennis Banks)

Valpo Softball saw its 2019 season come to a close on Thursday afternoon in the second round of the Missouri Valley Conference Tournament in Peoria, Ill., as Illinois State downed the Brown and Gold by a 4-1 final to knock Valpo out of the single-elimination tournament.

“This team made me so proud this week at the tournament. I had so many comments from other Valley coaches, or from on-lookers both live or from watching on ESPN, who were impressed by how this team carried themselves, how they competed, how clearly they loved playing together. I'm proud of them for wrapping up this season with their hearts on their sleeves and knowing they left it all out on the field.”

“Anytime ESPN cut to our dugout, or anytime anyone in person looked over, they'd have no idea if we were winning or losing. And defensively, both the chatter and the focus were on point, first inning or last, up five or down four. They just...they played. It was fun to be around that energy. It was a privilege to be a part of it.”

“Jenna had two gutsy performances in the circle for us this weekend. She played ten feet tall out there and our defense played all-out because she led from the circle that way. She's been a fantastic addition to the team this year.”