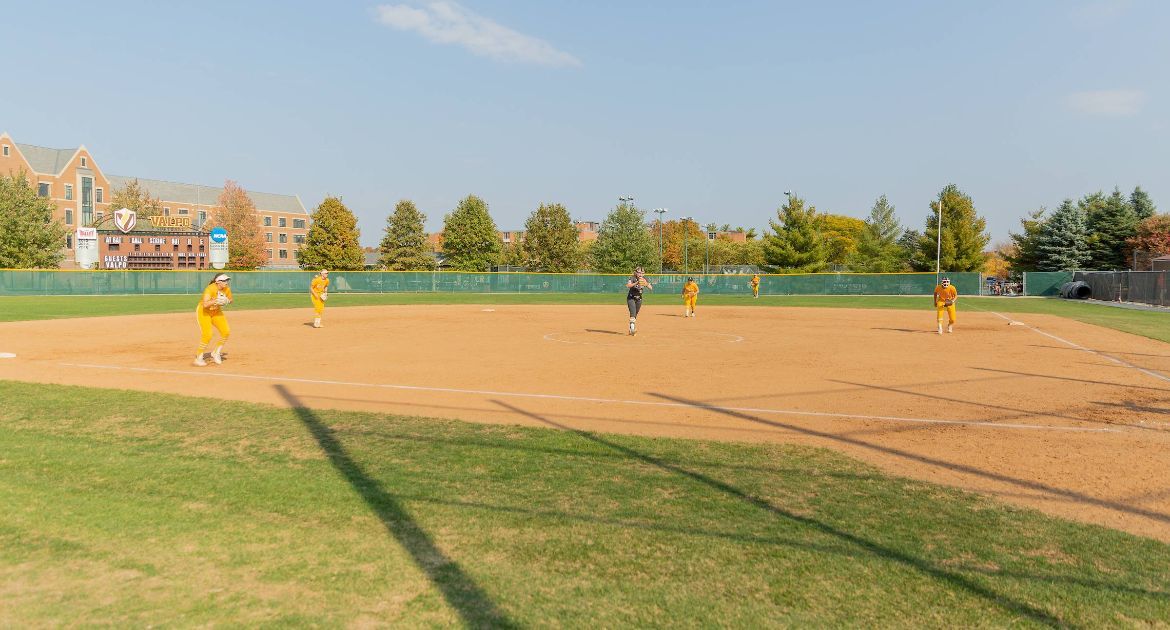 Valpo softball head coach Kate Stake announced today that four student-athletes have signed to join the Brown and Gold as incoming freshmen for the 2021-22 school year.

“I am happy to welcome Lauren, Addi, Kaiah and Cheyenne to Valpo Softball,” Stake said. “They have the ability to compete for playing time right away and will also provide us with additional depth — something that has gained even greater importance as we navigate the continued effects of COVID-19 on athletics. Additionally, all four of them have found a lot of success in the classroom and I think they will be excellent representatives of the University upon their graduation. I look forward to them joining us as a part of Team 40 next year.”

Fenters earned First Team All-State honors from the ICGSA in 2019 after being named a Second Team All-State honoree as a freshman in 2018. During her freshman year, she helped carry Speedway — which had never won even a sectional title entering the season — to the class 2A state championship, firing a 1-hit shutout with 10 strikeouts in the title game. As a freshman, she went 21-4 with 219 strikeouts in 147 innings of work, and followed up as a sophomore with 142 strikeouts in 104 innings in helping the Sparkplugs capture a second consecutive sectional title and advance to the regional title game.

Nietz was a First Team All-Conference honoree as a sophomore in 2019 — one of only two sophomores named to the First Team — and earned team MVP honors in helping lead the Huskies to a regional final appearance. She hit .438 with 33 RBIs in 2019 and tallied 151 strikeouts in the circle, second-most in the conference. On the travel circuit, Nietz struck out 256 batters while walking just 56 in 177 innings of work. She has won numerous championship games in the circle and helped her squad to a third-place finish at ASA Nationals.

“Cheyenne will contribute on both sides of the ball for us with her power,” Stake said. “She is a power pitcher who also swings a good bat, and I think she has the opportunity to help us win games, whether it’s in the circle or in the batter's box. Cheyenne found a lot of success — particularly this past year — against strong travel ball competition, and I cannot wait to see that translate onto the field for us at the collegiate level.”

Sena has been a member of multiple regional championship teams during her prep career with the Warriors. As a freshman in 2018, Sena hit .322 with 18 runs scored. Playing travel ball for the Silver Hawks in 2020, Sena helped the team earn second-place finishes at PGF Midwest Firecracker and PGF Midwest Regionals.

“Lauren made it clear early on that Valpo was where she wanted to be,” Stake said. “She's attended every one of our camps over the past few years and has consistently been one of the hardest-working and most coachable people with whom our staff has worked. Lauren has grown a great deal as a ball player over the past couple years and I am excited for all the ways I know she will contribute to this program.”

Weaver was an ICGSA Second Team All-State honoree and the Shelby County News Player of the Year as a sophomore, hitting a conference-best .551 with 45 RBIs. An All-Conference honoree in each of her seasons with the Golden Bears, Weaver helped lead Shelbyville to a sectional title in 2018 as a freshman, hitting .400 with 43 runs scored and 22 RBIs. Playing travel ball for one of the nation’s top programs, Weaver has been a three-time national champion and helped her squad capture 18u Fall King of the Hill and Top Gun championships. She has been a USSSA All-American for the Great Lakes Region, and is ranked #46 nationally among all catchers and #108 in the Class of 2021 by Extra Inning Softball.

“Addi is a very good, middle of the order hitter with proven ability to succeed against the top level of travel ball competition,” Stake said. “She's continued to grow on and off the field since her initial commitment to us, and I think she has become a high-level pick up for us. I am excited for her to jump in with our team and get to work next year.”