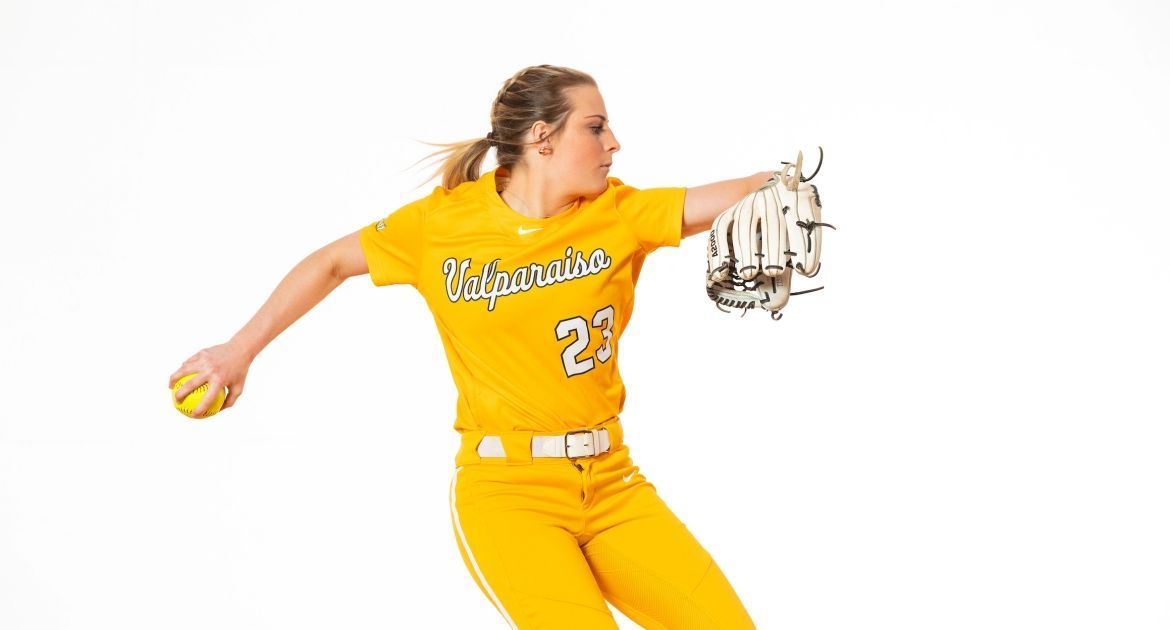 Next Up in Valpo Softball: After a weekend away from competition, the Valpo softball team returns to action with three games over two days this weekend. In place of the originally scheduled twinbill at Tennessee State, Valpo will play a single game at Western Kentucky on Friday evening before continuing on to Nashville for a doubleheader at Belmont Saturday afternoon.

Previously: Valpo began the 2021 campaign on opening weekend at the DePaul Dome Tournament in Rosemont, Ill., beating Western Illinois and falling to DePaul once and Kansas City twice.

Looking Ahead: Next weekend has five games over three days on the docket for Valpo at Marshall’s Thundering Herd Round Robin. Valpo is slated to take on Bowling Green once before facing Saint Francis (Pa.) and host Marshall twice apiece.

Following Valpo Softball: Live stats will be available for all three games this weekend, while the Belmont doubleheader is scheduled for live broadcasts on ESPN+ for both contests.

Head Coach Kate Stake: Kate Stake was hired as head coach of the Valparaiso softball program on July 23, 2014 and is in her seventh season as head coach in 2021. Stake, who is 115-160 at Valpo, led Valpo to the 2016 Horizon League Championship and a berth in the NCAA Tournament - the third in program history. Stake arrived at Valpo with eight seasons of assistant coaching experience at the Division I level, most recently serving as an assistant at mid-major power Hofstra. She played her collegiate softball at fellow MVC member Illinois State and is a 2005 graduate of ISU.

Belmont - The Bruins hold a 3-1 advantage in the all-time series, including a 1-0 Belmont win in the most recent meeting in March 2017 at the Leon Smith Classic in Oxford, Ala.

Scouting the Opposition: Western Kentucky - WKU opened the 2021 campaign with a 4-1 mark last weekend at the Chattanooga Challenge, including a pair of victories over Indiana State. The Hilltoppers, who were picked to win the East Division of Conference USA, posted a 20-5 record last year before the season was halted due to the pandemic.

Belmont - Belmont went 0-4 on opening weekend at the Trojan Classic, falling to Ole Miss and UAB in addition to host Troy twice. The Bruins, who went 5-14 in 2020, were selected to finish in 10th place in the OVC this year.

Finally Outdoors: This year marked the first time since 2012 that Valpo played its first weekend of the year indoors, and the Feb. 26 game at Belmont will be the latest outdoor opener for the Brown and Gold since the 2010 squad finally got outside Feb. 27 at Tennessee State’s Tiger Spring Classic.

A Strong Debut...: Freshman pitcher Caitlyn Kowalski couldn’t have asked for much more from her debut in the Brown and Gold when she was given the starting assignment in the circle against Western Illinois. Kowalski was very impressive, throwing a one-hitter with nine strikeouts in a 3-1 victory, carrying a no-hitter into the sixth inning. The one-hitter was the best performance by a Valpo pitcher since a no-hitter from Kelsie Packard against Wagner in March 2019, and was the best outing by a freshman hurler since Taylor Weissenhofer tossed a one-hitter versus Colgate in March 2013. In three appearances on opening weekend, Kowalski allowed batters to hit just .114 against her, with her lone loss coming via tough luck in a relief appearance in the international tiebreak.

...For a Good Win: That win over Western Illinois looks strong based on the Leathernecks’ results since then. WIU has averaged better than five runs/game in winning each of its last five games since Valpo’s 3-1 win. Included among those five victories are four over fellow MVC programs - two apiece from Loyola and Bradley.

More Debuts: Kowalski was one of seven freshmen who saw their first collegiate action for the Brown and Gold on opening weekend. Regi Hecker and Kayla Skapyak made two starts apiece, while Emily Crompton earned one start. Ashlyn Betz pinch-hit on two occasions and Alexis Johnson pinch-ran three times, stealing two bases and scoring a run. In the circle, Madison Wathen made a relief appearance as well.

Seniors Lead the Way: Valpo’s pair of seniors both enjoyed strong opening weekends at the dome in Rosemont. Brittany Anderson connected on a key solo homer in Valpo’s 3-1 win over Western Illinois and then gave Valpo first-inning leads in each of its games versus Kansas City, recording an RBI double Saturday in the opening inning and a 2-run homer in the first inning Sunday. Anderson, who posted a team-high 1.795 OPS for the weekend and currently leads the MVC with a 1.250 SLG, reached base in five of her last six plate appearances. Meanwhile, Addi Burke went 3-for-9 with a walk over Valpo’s four games at the plate and handled 12 chances at second base without an error defensively.

Moeder Keeps Producing: It doesn’t matter what year it is, junior Peyton Moeder still rakes from the top of the Valpo lineup. Moeder went 5-for-12 at the plate over the opening weekend’s four games, her .417 average good for ninth in the Valley in batting average to date. The junior, who led Valpo in 2020 with a .310 batting average, scored a pair of runs and stole a base and continued playing a stellar center field as well, recording a pair of highlight-reel catches among her 10 putouts