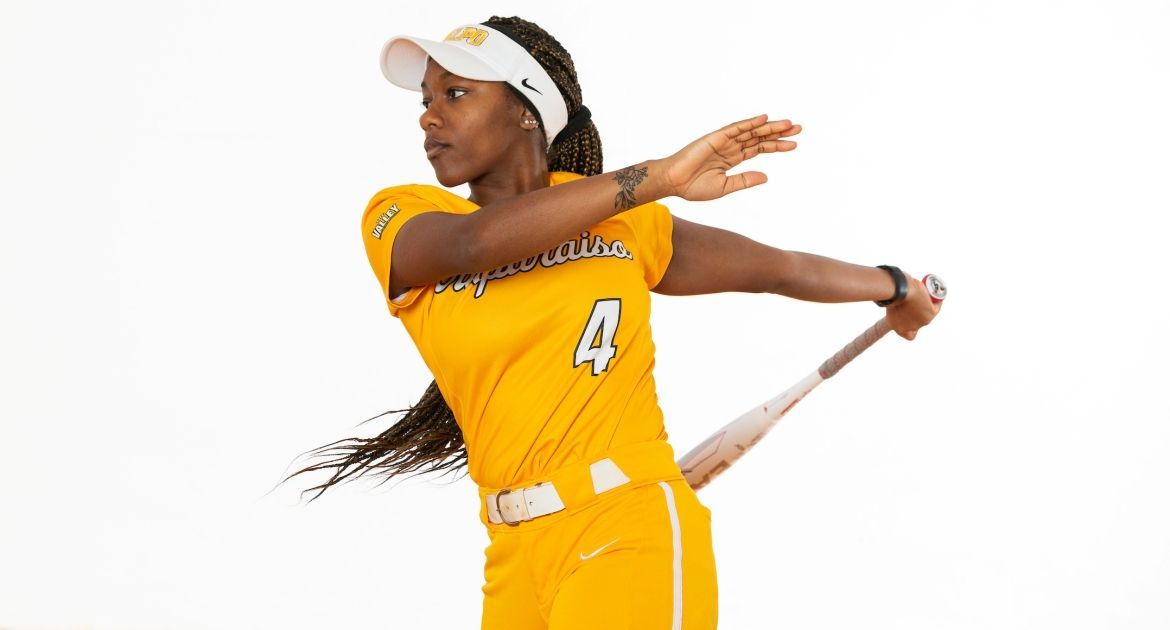 Next Up in Valpo Softball: The Valpo softball team hits the road again this weekend as it travels to Cedar Falls, Iowa for its three-game MVC series against UNI.

Previously: Valpo opened its home schedule last weekend with its first home games in 23 months, dropping a three-game series to Indiana State by scores of 13-3, 10-0 and 8-2.

Looking Ahead: Valpo’s final non-conference game of the season awaits mid-week next week, as the Brown and Gold travel to Northern Illinois. Valpo then returns home for its Valley series against Missouri State next weekend.

Following Valpo Softball: Sunday’s game is scheduled for a live broadcast on ESPN3. Live stats for all three games will be available as well at ValpoAthletics.com.

Head Coach Kate Stake: Kate Stake was hired as head coach of the Valparaiso softball program on July 23, 2014 and is in her seventh season as head coach in 2021. Stake, who is 119-175 at Valpo, led Valpo to the 2016 Horizon League Championship and a berth in the NCAA Tournament - the third in program history. Stake arrived at Valpo with eight seasons of assistant coaching experience at the Division I level, most recently serving as an assistant at mid-major power Hofstra. She played her collegiate softball at fellow MVC member Illinois State and is a 2005 graduate of ISU.

Scouting the Opposition: UNI enters the weekend at 15-13 overall and 6-3 in MVC play, most recently sweeping a three-game series from Evansville last weekend. Reigning MVC Player of the Year Sammey Bunch leads the Panthers, hitting .425 with 33 runs scored and 28 RBIs. As a team, the UNI pitching staff has a 3.61 ERA and has allowed opponents to hit .270 against them.

Herschbach Enjoys Strong Week: Junior Taylor Herschbach put together a strong week at the plate in Valpo’s three-game series last weekend against Indiana State. Herschbach reached base in five of her six plate appearances, going 4-for-5 with a walk. She recorded an RBI double in the opener versus the Sycamores, and then went a perfect 3-for-3 with a walk and an RBI in the series finale - her second three-hit game of the year. Herschbach’s performance last week lifted her season batting average to .306, the highest among Valpo’s regulars.

Flawless Fielding: Senior Addi Burke has been surehanded manning second base for the Brown and Gold this year. Burke successfully fielded 10 chances (two putouts, eight assists) last weekend without committing an error, maintaining her 1.000 fielding percentage this year. Her perfect fielding percentage has come on 88 chances (40 putouts, 48 assists), fourth-most among MVC players with a 1.000 fielding percentage - of the three players ahead of her, two are first basemen and one is a catcher. Her 48 assists are good for seventh in the conference as well. Meanwhile, at the plate, Burke connected on a pair of doubles last weekend against Indiana State and has six doubles on the year, tied for fourth in the MVC.

AJ Steps Into the Lineup: Five starts = a five-game hitting streak for freshman Alexis Johnson. She entered the starting lineup for the first time before game two at Evansville, and in the five games since, she has picked up at least one hit in every game, going 6-for-14 at the plate. Against Indiana State last weekend, Johnson went 3-for-8 over the three games, tallying a pair of doubles and scoring a run.

Getting On Base: Sophomore Ryan Milkowski has been a pro this season at getting on base any way possible, leading the team in both walks (10) and hit by pitches (6) in addition to her 12 hits to post a team-best .438 on-base percentage, good for 11th in the MVC. Last weekend against Indiana State, Milkowski reached in five of her nine plate appearances, going 4-for-8 with a walk and a double. She picked up at least one hit in all three games and reached base multiple times in two of the three outings.