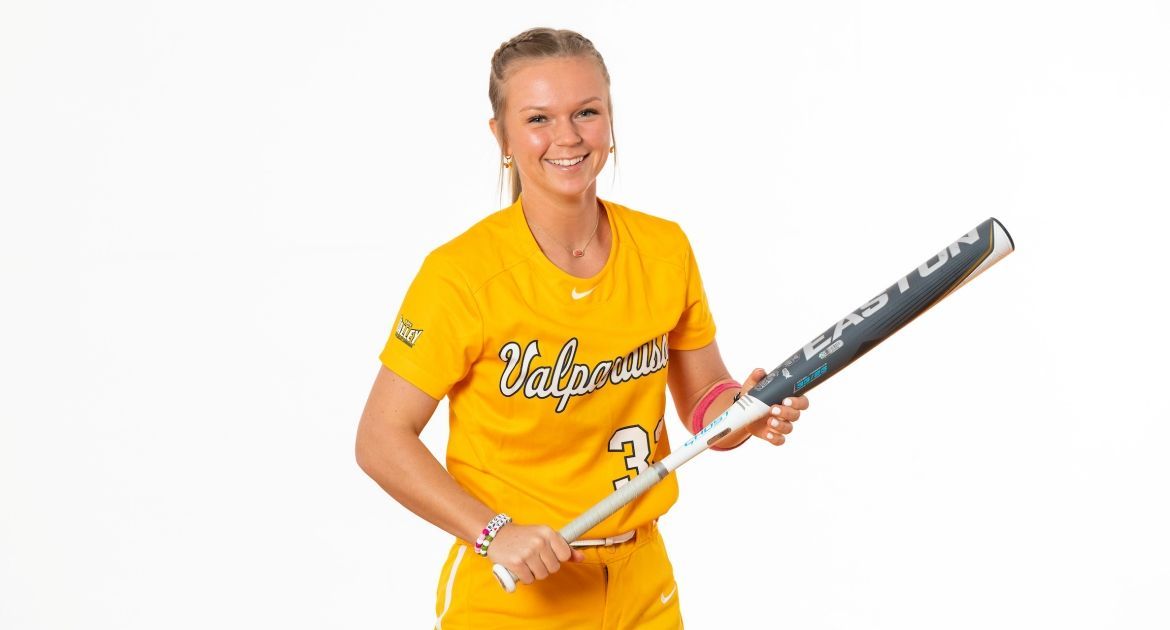 Next Up in Valpo Softball: The Valpo softball team steps out of non-conference play for the final time this year with a mid-week game at Northern Illinois before returning to MVC action with a three-game home series against Missouri State.

Looking Ahead: Valpo’s first two games of its three against travel partner Loyola come on the road next Wednesday in Chicago. The Brown and Gold then host a second straight conference weekend series as Drake visits the Valpo Softball Complex.

Following Valpo Softball: Wednesday’s game at NIU will have a pay video broadcast available through the NIU website. Live stats for all four games this week will be available at ValpoAthletics.com.

Head Coach Kate Stake: Kate Stake was hired as head coach of the Valparaiso softball program on July 23, 2014 and is in her seventh season as head coach in 2021. Stake, who is 119-178 at Valpo, led Valpo to the 2016 Horizon League Championship and a berth in the NCAA Tournament - the third in program history. Stake arrived at Valpo with eight seasons of assistant coaching experience at the Division I level, most recently serving as an assistant at mid-major power Hofstra. She played her collegiate softball at fellow MVC member Illinois State and is a 2005 graduate of ISU.

Series Notes: Northern Illinois - One of Valpo’s most common non-conference opponents in program history, NIU holds a 29-14 advantage in the all-time series. The last meeting between the two programs was a May 2, 2018 doubleheader at Valpo, which saw Valpo win the opener 5-3 before dropping a weather-shortened 8-4 decision in the nightcap.

Missouri State - Valpo owns a slight 4-3 edge in the all-time series over the Bears, including a 3-2 advantage since joining the MVC. The two teams split a doubleheader in their last matchups in Valpo on April 1, 2019 - MSU claimed the opener, 6-0, on a no-hitter from Steffany Dickerson, while Valpo earned a 5-2 win in the nightcap for Coach Stake’s 100th career win.

Scouting the Opposition: Northern Illinois - The Huskies enter Wednesday’s game at 10-21 overall this year and are 5-11 in MAC play. Katie Keller leads the NIU offense, hitting .360 with a 1.075 OPS thanks to 20 extra-base hits and 16 walks. In the circle, Claire Norred has pitched just shy of half the innings this season and owns a 3.73 ERA with opponents hitting .310 against her.

Missouri State - The Bears enter this weekend’s series at 16-14 overall and 7-4 in MVC play, but have not played since April 6. Daphne Plummer hits a team-best .333 with 19 runs scored. In the circle, Madison Hunsaker boasts a 2.01 ERA and has struck out a team-high 61 batters.

Herschbach Stays Hot: After going 4-for-5 with a walk in the weekend series against Indiana State, junior Taylor Herschbach kept swinging a hot bat last week with two more multi-hit games at UNI. After drawing a walk in three plate appearances in the opener, Herschbach went 2-for-4 in the middle game of the series before capping the weekend by going 3-for-4 with a run scored, an RBI and a double. Over the last two weeks, Herschbach is hitting .600 and reaching base at a .647 clip and has raised her team-high batting average to .339, among the top-15 in the conference.

Betz Takes Advantage: Freshman infielder Ashlyn Betz was given her first two starting nods of the year in the lineup for the Sunday doubleheader at UNI last weekend and took full advantage of the opportunity. Betz picked up a base hit in each game and also was hit by a pitch to reach base three times in eight plate appearances. She drove in three runs in the series finale as well, one of just three times this year a Valpo player has recorded three or more RBIs in a game.

Going Deep: Junior Jaina Westphal went 5-for-7 with two runs scored in the three games at UNI last weekend, highlighted by a solo homer to open the scoring in the second game of the series. The long ball was Westphal’s first of the season but the seventh of her career, tying her with Brittany Anderson for most by an active Valpo player. Later in that game, sophomore Lauren Kehlenbrink connected on her third career homer and first of the season, while in the finale, sophomore Ryan Milkowski went deep for the second time this year.